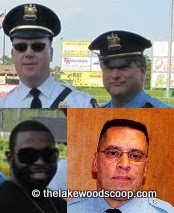 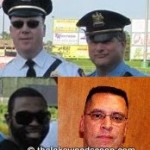 Tomorrow, September 24th, will mark the second anniversary of one of the worst day’s in LPD’s history, in which four officers of Lakewood’s S.R.T. team were shot during a no-knock warrant shootout. As a result of the incident, the department was left with three less police officers.

The news – first reported by TLS – broke at about 2:45 a.m. on September 24, 2009, when multiple officers were shot on MacKenzie Street, while attempting to take a drug dealer into custody.

The officers rammed in the door of the MacKenzie Court home and began heading upstairs, only to be sprayed by a hail of bullets from the gunman waiting for them at the top of the stairs, who officials believe may have been tipped off, according to a report.

A gunfight ensued, and the gunman was injured after being shot several times, but not before shooting four officers.

Patrolman Jonathan Wilson was shot in the face and remained in critical condition for days following the shooting, which resulted in the blindness of one eye.

Lieutenant Louis Sassow, as well as Patrolman Lenny Nieves Sr. were injured after taking a bullet to the chest, which although deflected by the bullet proof vest, left them badly bruised.

Captain Gregory Meyer – who was in command of the S.R.T. team that night – sustained a serious injury after being shot in the foot, but remained at the scene until he was assured that all his other team members were safe, that the home was secure, and that the suspect was in custody. Only then was he transported to the hospital.

Another officer – Jason Diffoot – was also injured during the incident, when he fell into the wall, and other officers fell on top of him, injuring is neck.

Since the incident, Nieves, Wilson and Diffoot, all retired.

The shooter, Jaime Gonzalez, 39, was indicted on 34 charges related to the shootout. Gonzalez, who was also shot in the exchange of gunfire, was charged with 11 counts of attempted murder and aggravated assault for each of the officers involved in the raid. The indictment also charged him with six drug offenses, four weapons charges and one count of fortifying his home for illegal drug activity and another aggravated assault charge relating to all the officers.

His weapon used in the attack – a .357 Magnum – had been reported stolen from South Carolina.

Ganzalez, will be in Ocean County Court on September 26 for a Status Conference, an Ocean County official tells TLS. At the conference, it will be determined if a plea deal will be accepted. TLS.

VIDEO: What the neighbor saw.