Toddler In Stable Condition After Being Pinned Under Vehicle 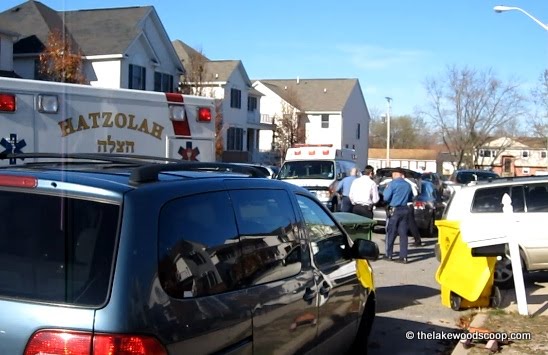 PHOTO: A toddler is in stable condition after being struck by a vehicle and pinned underneath it this afternoon. The accident occurred on Ashley Avenue a short time ago when the driver of the vehicle was reportedly backing out of a driveway, where a 2 year old was standing.

The toddler was knocked to the ground and slid under the car as the driver continued pulling out, not noticing the child, untill several bystanders reportedly screamed at the driver.

The toddler was pulled from underneath the car by the time multiple Hatzolah – BLS and ALS – members, as well as EMS, arrived on scene.

Miraculously, the tires never drove over the child.

(This story was first reported on our News Alerts).