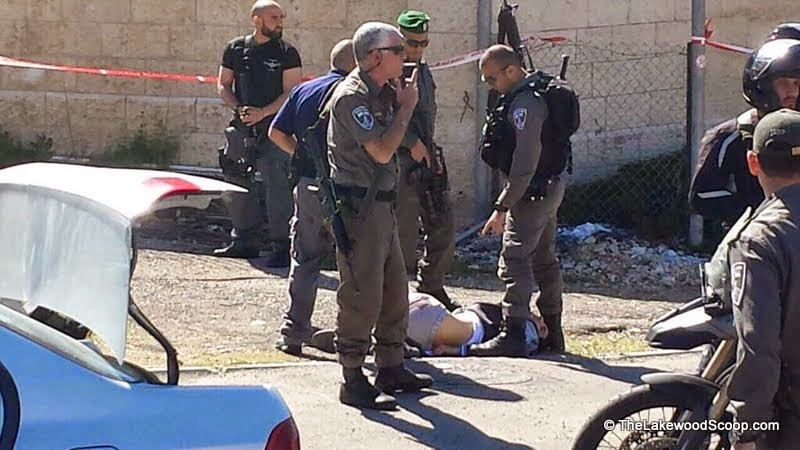 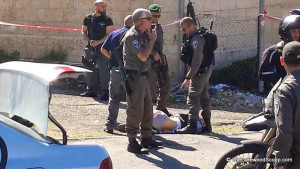 A Lakewood resident and member of Tzevet Hatzolah, was the first member on scene at the terrorist attack in Israel today.

The member, A.R., described to TLS how it all unfolded. (See also more info on the incident on YWN).

Sitting in Shul just seconds after the Baal Koreh read out the names of the 10kids of Haman, I hear the dispatcher advising there’s a terrorist attack involving a shooter on Kvish 1.

Being only seconds away and a Magen David Adom trained Tzevet Hatzolah volunteer, I immediately responded to the scene removing my Tallis and Tefillin Shel Rosh as I ran out, arriving first on scene to a yet another chaotic terror scene. 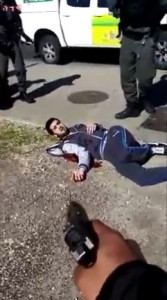 I immediately advised the dispatcher we have a confirmed terror attack with patients in the single digits. I approached one severely injured patient, only to retrieve due to police orders citing security. It would later turn out that was the terrorist and it wasn’t clear yet if he was still armed. (I can be seen at minute 1:20 with the Bekishe off of one hand because of my tefillin. (Editor’s note: Video was not posted due to its extreme graphic nature. See Screenshots attached).

I proceeded to treat the next patient I saw, a Police officer with injuries to her head and leg. I immediately initiated critical emergency first aid measures all the while calming the patient down. At this time‎ additional Tzevet Hatzolah and Magen David first responders arrived on scene to treat the multiple patients. 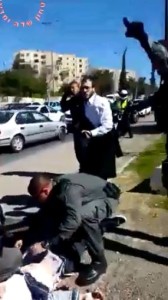 We placed her onto the bed and started transporting her to Shaare Zedek hospital requesting the dispatcher ‎to advise the hospital of the patient we’re bringing them. I joined the transport in order to treat the patient enroute.

As I get to the hospital we started seeing other patients who were also transported from the scene, with varying injuries.

As we finished in the trauma room, it hit me how while hearing about Haman’s kids, we were again hit with a terror attack by his descendants.

At this time, my wife calls to make sure I’m okay, and I tell her don’t worry I’ll be home shortly.

That’s until a receive a call for a child chocking in Meah Shearim.

I just want you to think while everyone was enjoying Purim, realize there’s selfless individuals in every community who dedicate theirs and their families lives to saving lives. Pray for us that we should be safe and only needed for Simchos!

Photos of scene by Moshe Wulliger.