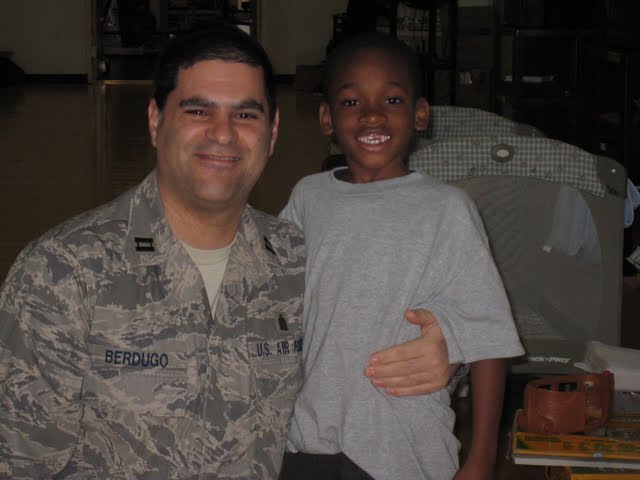 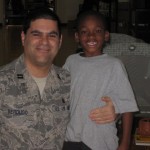 EXCLUSIVE PHOTOS: (See descriptions on photos) TLS met once again with Chaplain Captain Rafael Berdugo moments ago upon his return from Mcguire AFB, after a full day of processing hundreds of Haitian evacuees. Infants as young a 16 months were among the nearly 600 to arrive to the base over the last couple of days. Army personnel could be seen welcoming the busloads of evacuees flown in by C-17 Aircrafts, after leaving behind all they ever had, in a city now piled with rubble and dead bodies. (Read more in extended article).

Upon their arrival, Mothers were relieved from attending to their young children, after holding them for days straight. Plenty of food, water, clothing and beds awaited them, while the infants were bathed by Army personnel and examined by Doctors on the base.

As of approximately 5:00 p.m. today, just under 600 evacuees were in-processed and 549 out processed. Close to 30 evacuees remained on the base while 6 patients were transported for further care.

The C-17 Aircrafts arrived approximately every 6 hours with 102 evacuees on board each flight.

As of now, the AFB has stopped processing evacuees, as they will now be flown to an Army Base in Florida, which is closer to Haiti than the Mcguire AFB.

“It was amazing to be part of such an operation” Berdugo told TLS.