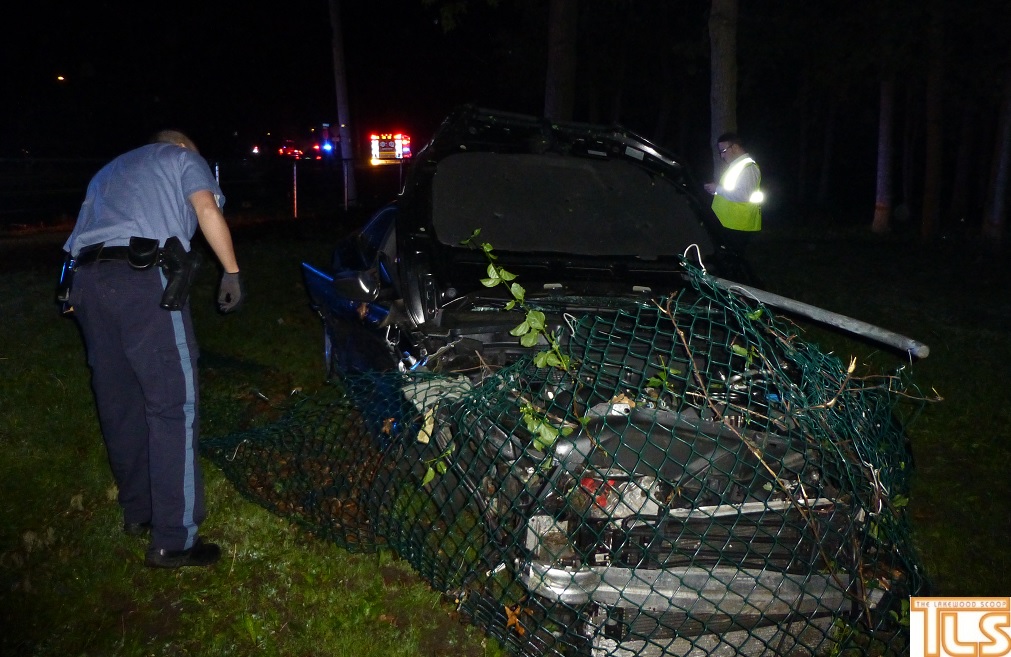 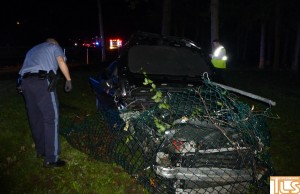 PHOTOS: Three people were injured, one seriously, in an accident on New Hampshire Avenue early this morning, officials say.

The accident occurred shortly after 12:30AM just passed the intersection of Locust Street. 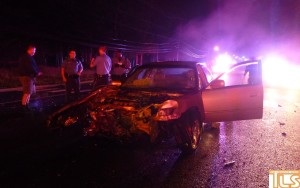 An official tells TLS that both drivers appeared to be under the influence of alcohol and one admitted to drinking about a dozen bottles of beer prior to driving the vehicle.

LPD, EMS and Lakewood First Aid responded to the scene and found both cars seriously damaged and one sent through a fence – with a metal pole through the windshield.

The area was shut for a while for the crash investigation and for the cleanup. [TLS-28]‎