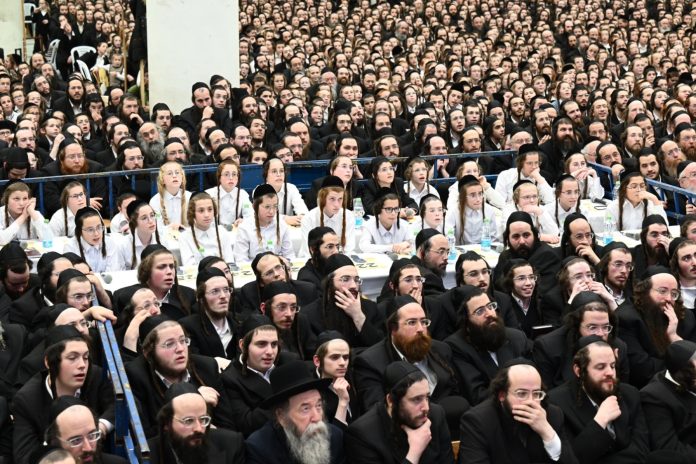 The sight of thousands of people in a beis midrash without wearing a rekkel and hat is not a common one in heimishe circles — unless these are the same chassidim about whom the Sokolover Rebbe zt”l said that the Imrei Emes of Gur has thousands of chassidim who do not don tefillin and do not fast on Yom Kippur — the tinokos shel beis rabban. Children from across Eretz Yisroel gathered in the main Gerrer beis medrash in Yerushalayim in the waning hours of Chanukah — after Mincha of Zos Chanukah — to depart from the yom tov of lights with the fire of Torah.

The stirring event began hours earlier, when thousands of excited children boarded buses in cities around the country for the inaugural “Haragil B’ner” program. It was organized by the new organization, “Vechol Banayich,” which has set as its mission to help children study and review what they’ve learned.

Outside it was a stormy Yerushalayim winter, but even the rainwater which poured down from the steps of the beis medrash couldn’t extinguish the love the children have for Torah. Inside the shul it was toasty, warmed by the sound of so many pure children loudly reciting “Amen” and “Amen Yehei Shemei Rabbah” at the last Mincha of Chanukah 2022. The yearning for Chanukah has already begun, with everyone reciting Ve’al Hanissim one final time and hanging on to the kedusha of the chag which marks the last of the nissim performed for our forefathers.

The new beis medrash, which has had the chance to witness many events during the short time since it was built, has at times had the announcement go out that “the seats are not intended for children” who must find their place in the aisles. This time, though, these children are the guests of honor, as the flags hoisted in every corner announce.

The management of the beis medrash, and its head, Rav Yonasan Bornstein, have prepared refreshments in advance and gave every indication that they are proud to host the gathering. The organization Vechol Banayich even boasts having its new logo joining those of the other many enterprises in the Ichud Mosdos Gur umbrella.

Similar to the third horn that announces a train’s imminent departure, the sound of the children sliding into their seats and shifting in their chairs signified that the event was momentarily beginning.

The program was opened with a beautiful address by Hagaon Harav Avraham Mordechai Altar, the son of the Gerrer Rebbe shlita, who heads Vechol Banayich. Rav Avraham Mordechai spoke to the children, urging them to continue trodding on the path of Torah and not to waste their precious days of youth which, as the phrase goes, is “sweeter than old age.”

“Which mitzvos,” one of the testers questioned, “is mentioned in the Gemara as something that Hashem also does?” Thousands of hands went up as the children attempted to answer the question. And when the rav asked, “Which things carry a requirement to have a house of at least four amos?” you begin counting on your fingers the list of things that are mentioned in the Gemara — and you suddenly notice that all the people sitting next to you are doing the same. Thousands of people. One mind.

Similar to light bulbs scattered on a white ceiling, the black-clad rebbeim who sit between the students with their white shirts appear like black fire on top of white fire as they witness the fruits of their labor.

The test concluded with a bracha from the rabbanim. Rav Yitzchak Yosef recounted some of the accomplishments of his great father, the Rishon L’tzion Hagaon Harav Ovadia Yosef zt”l. “I stood next to him during the levayah of Rav Yosef Shlomo Kahneman, the Ponovezer Rav, and the hespedim were in Yiddish,” he recalled. “My father did not understand Yiddish, so what did he do during the entire time of the hespedim? He recited from memory four masechtos of mishnayos, word for word.”

Rav Yosef then revealed a personal story he heard from his father. “When he was a child,” Rav Yosef said, “he had a difficult time remembering what he learned. What did he do? He reviewed endlessly. He was not interested in anything except his Torah studies, until the gates of Torah were opened to him and he enlightened the whole world.”

The rav of Bnei Brak, Rav Landa shlita, regaled his young audience with stories of greatness that inspired generations of Gerrer children. He told of the group of yungeleit who traveled abroad along with a delegation of shochtim; they took advantage of the breaks between work to study with the Mezumanim program. Or about the precious children who reached out to the Rebbe with their small hands to receive a bracha — and all they wanted was a sincere request to know the entirety of Shas under Mezumanim.

The rabbanim then benched the children who were tested and knew the material, as well as for all the assembled, followed by the emotional singing of tunes which beg Hashem for success in Torah. “Avinu Av Harachaman racheim aleinu…”

There were tears in many eyes hearing the pure children’s voices rise and fall as they begged for their eyes to be “enlightened in your Torah” and their hearts unified in love and fear for Hashem.

“You have the bracha,” Hagaon Harav Moshe Chaim Denderovitz affectionately informed the yeshiva students. “All that remains for you to do is to realize what you have been blessed with, decide the direction of life that suits you, and walk on it until the promised success is in sight.”

A major patron of this project who adamantly to refuses to be named here said: “this is a project that is so near and dear to the Rebbe shlita; it has been his dream for many years. For me, it’s the greatest Zechus to be able to be a part of bringing it to fruition, and to see the rebbe witness the fruits of his labor.”

The massive event capped the days of Chanukah, enabling the children to seize the light of Torah and to stretch the power of the lecht through the long nights of Teves. 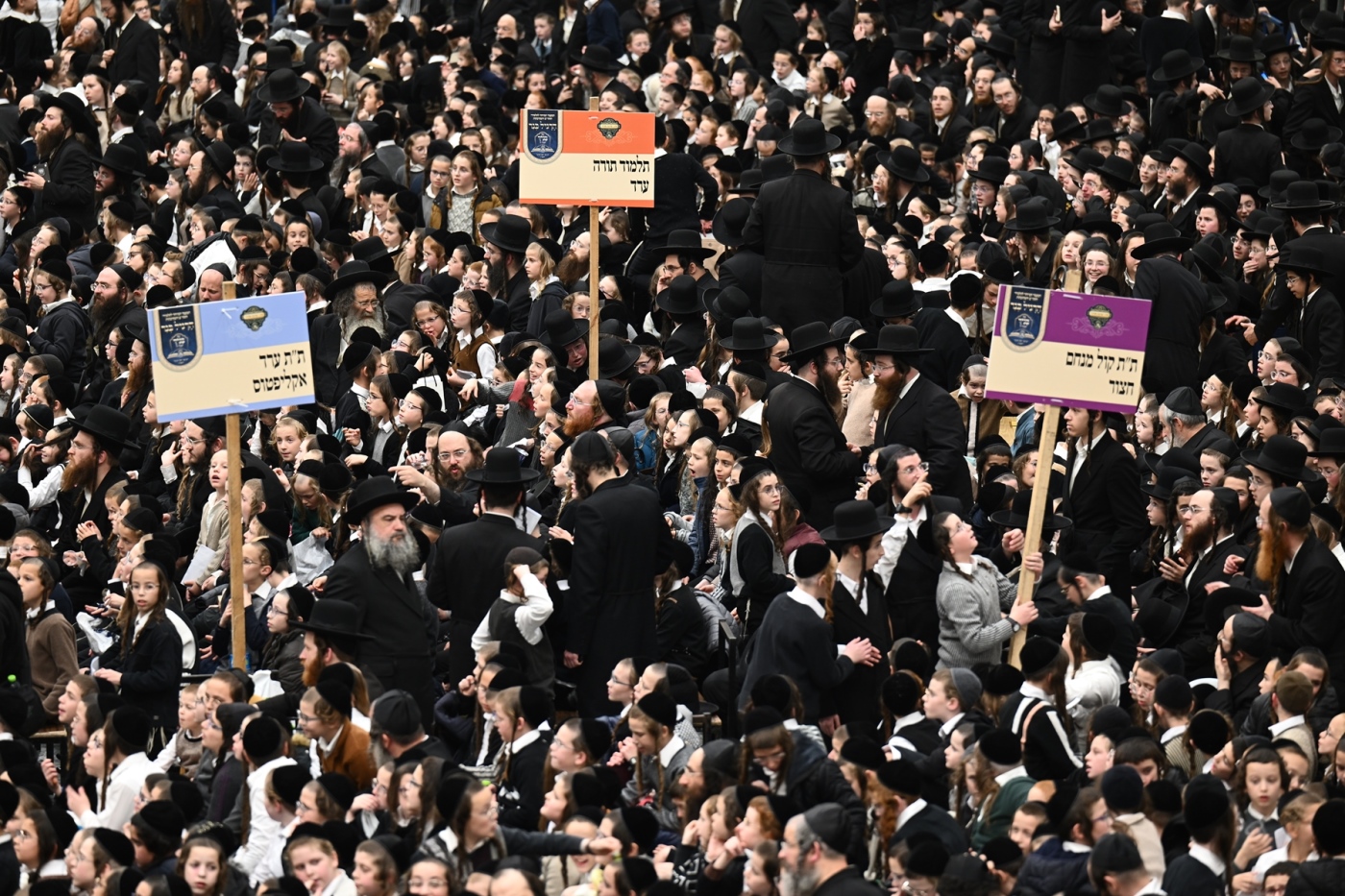 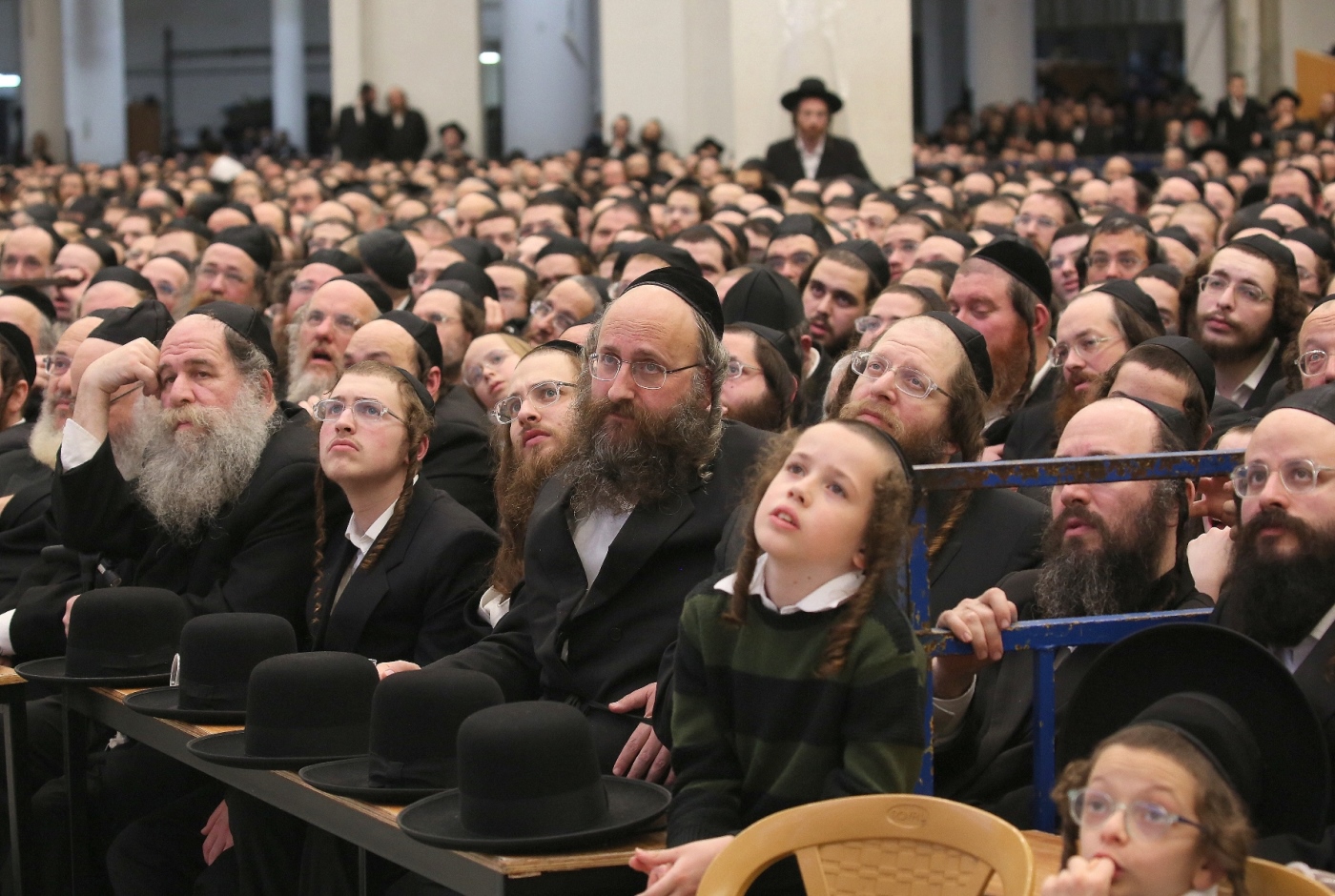 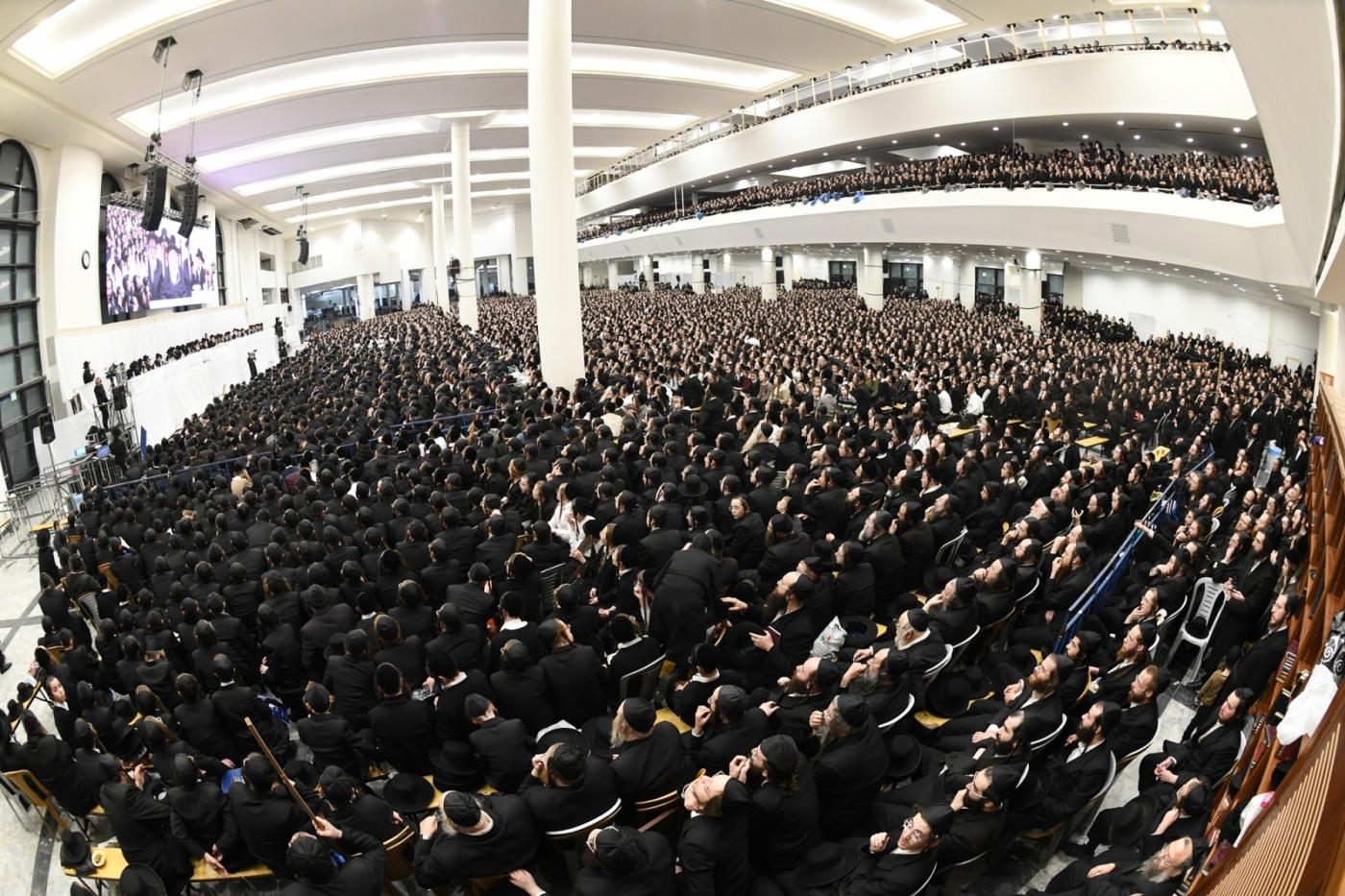 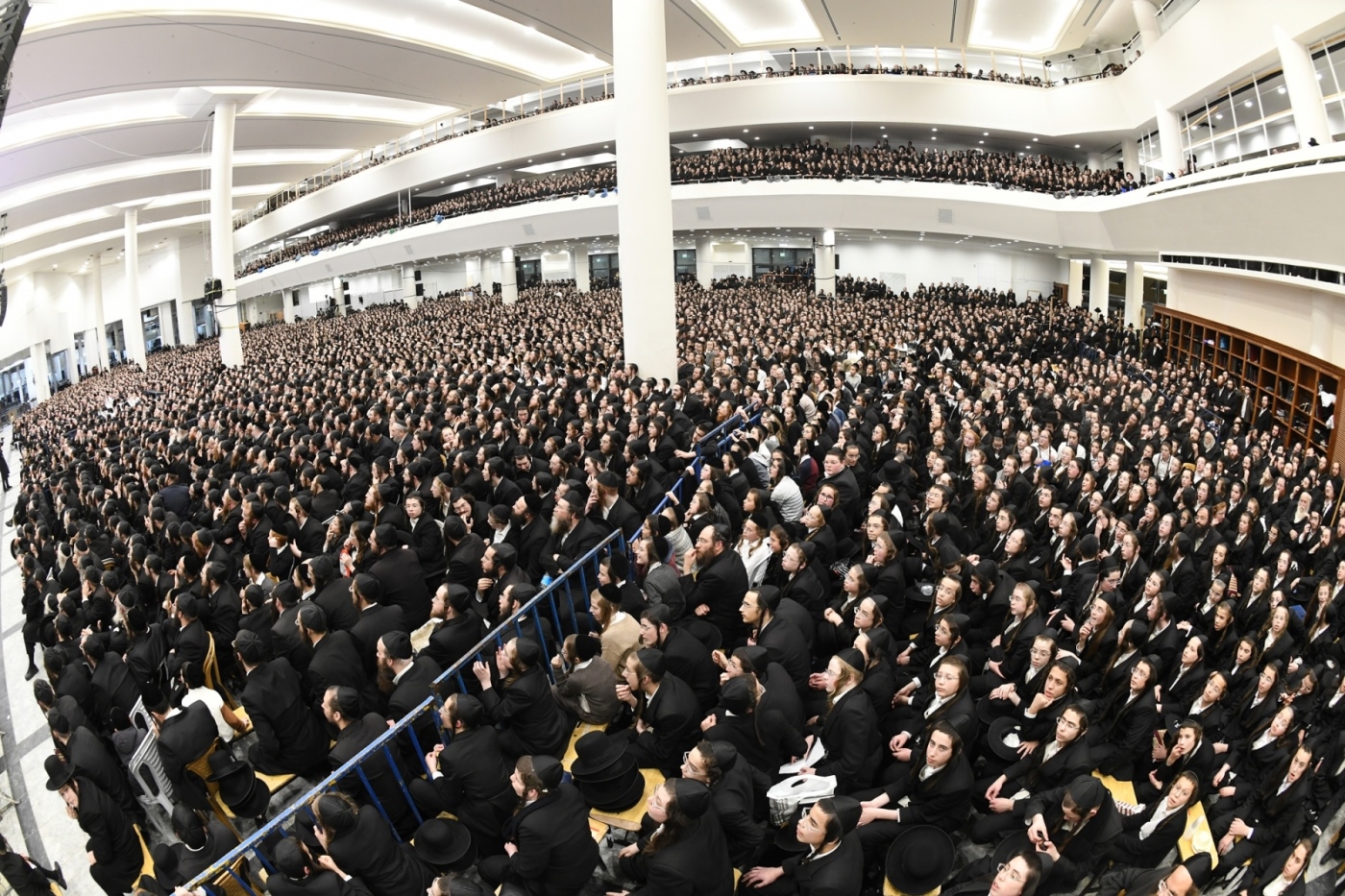 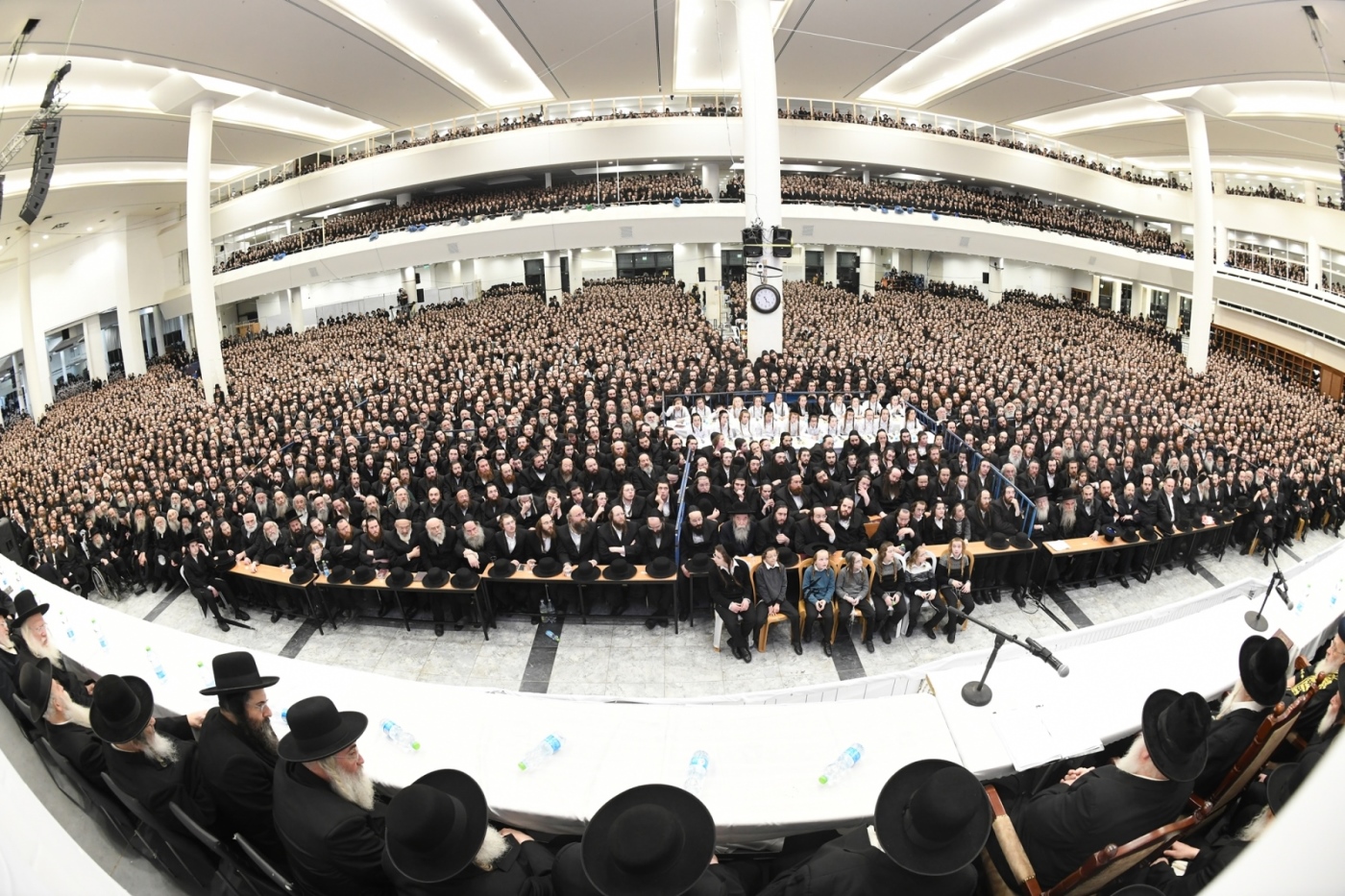 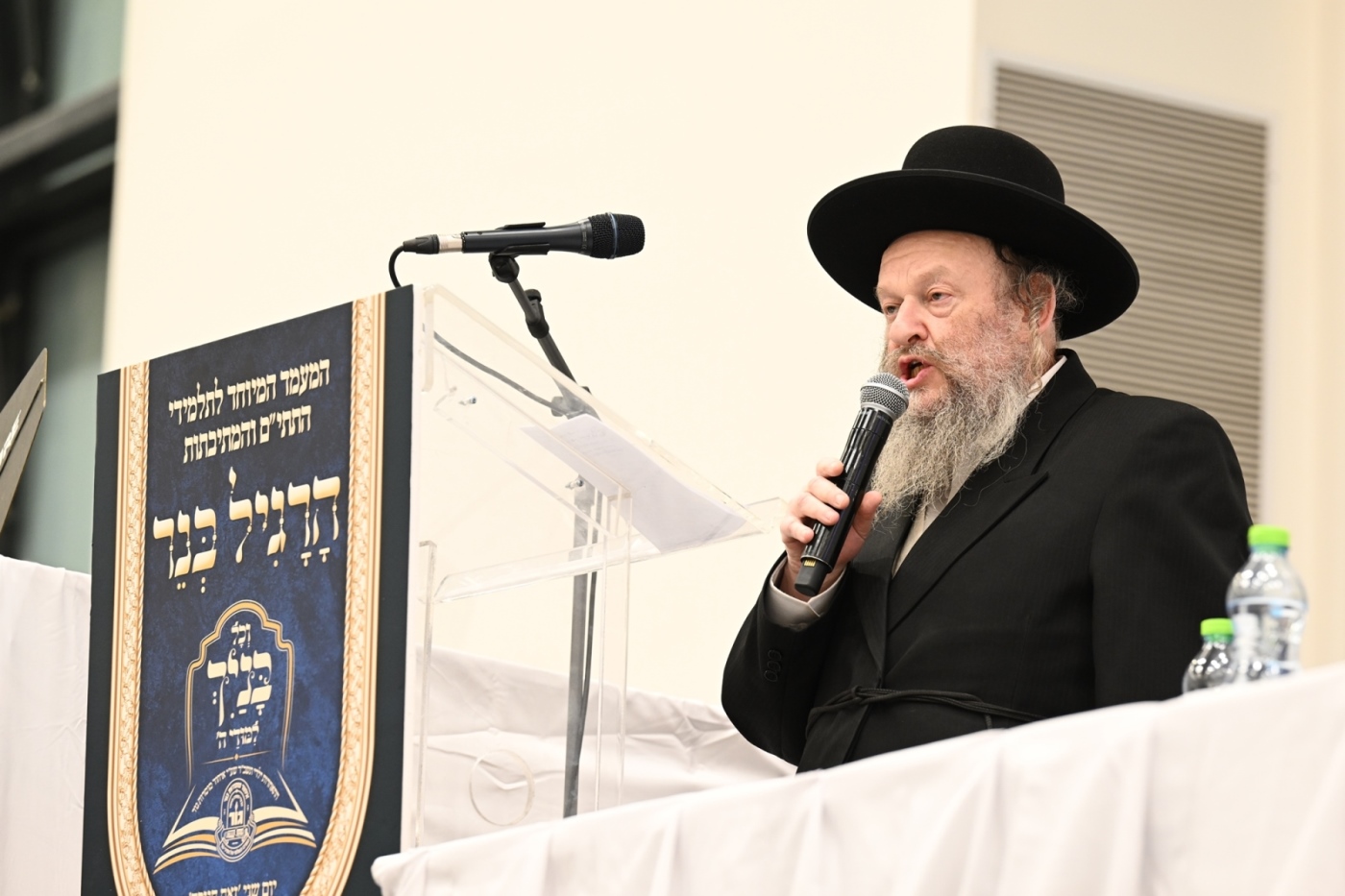 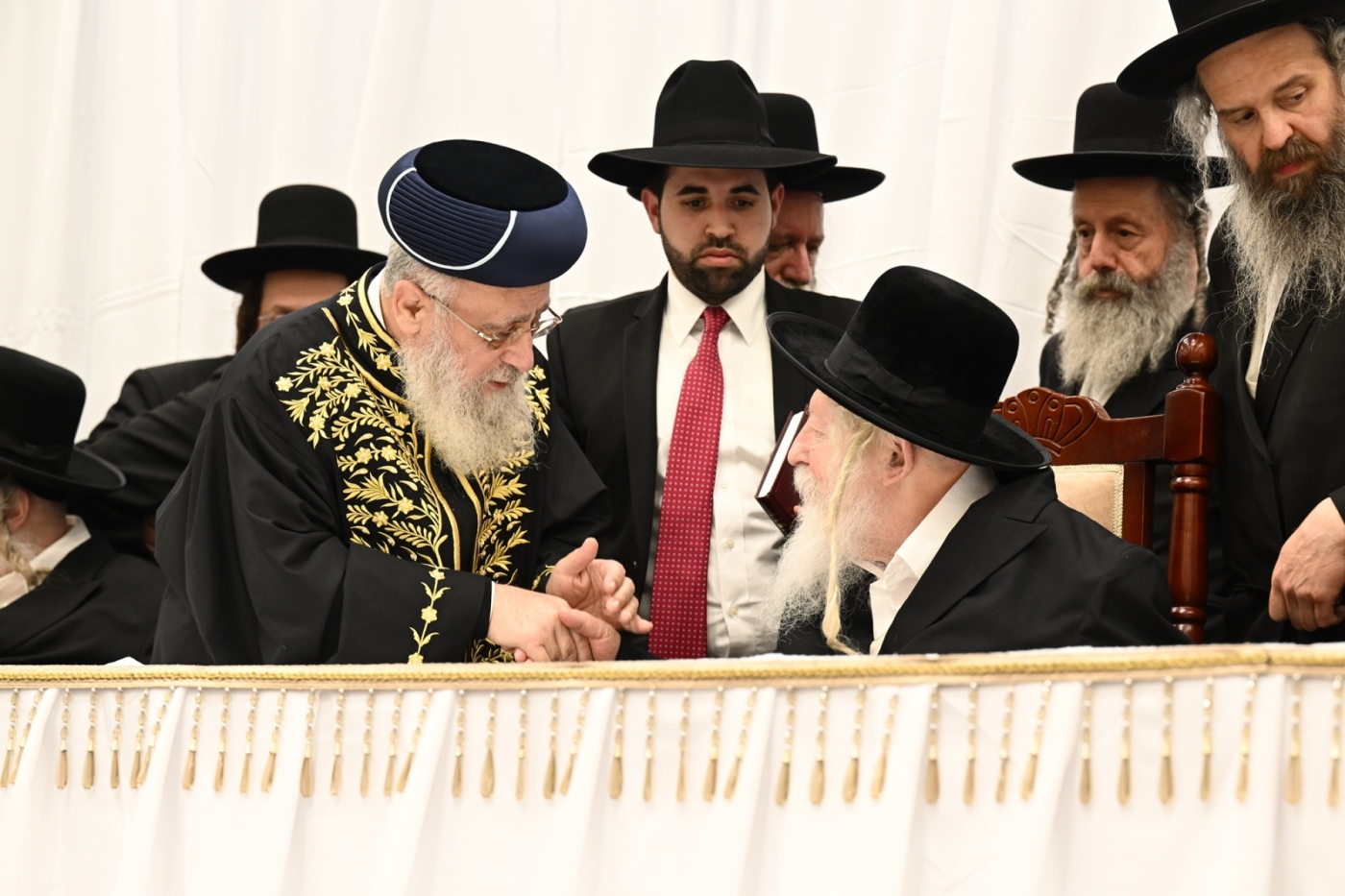 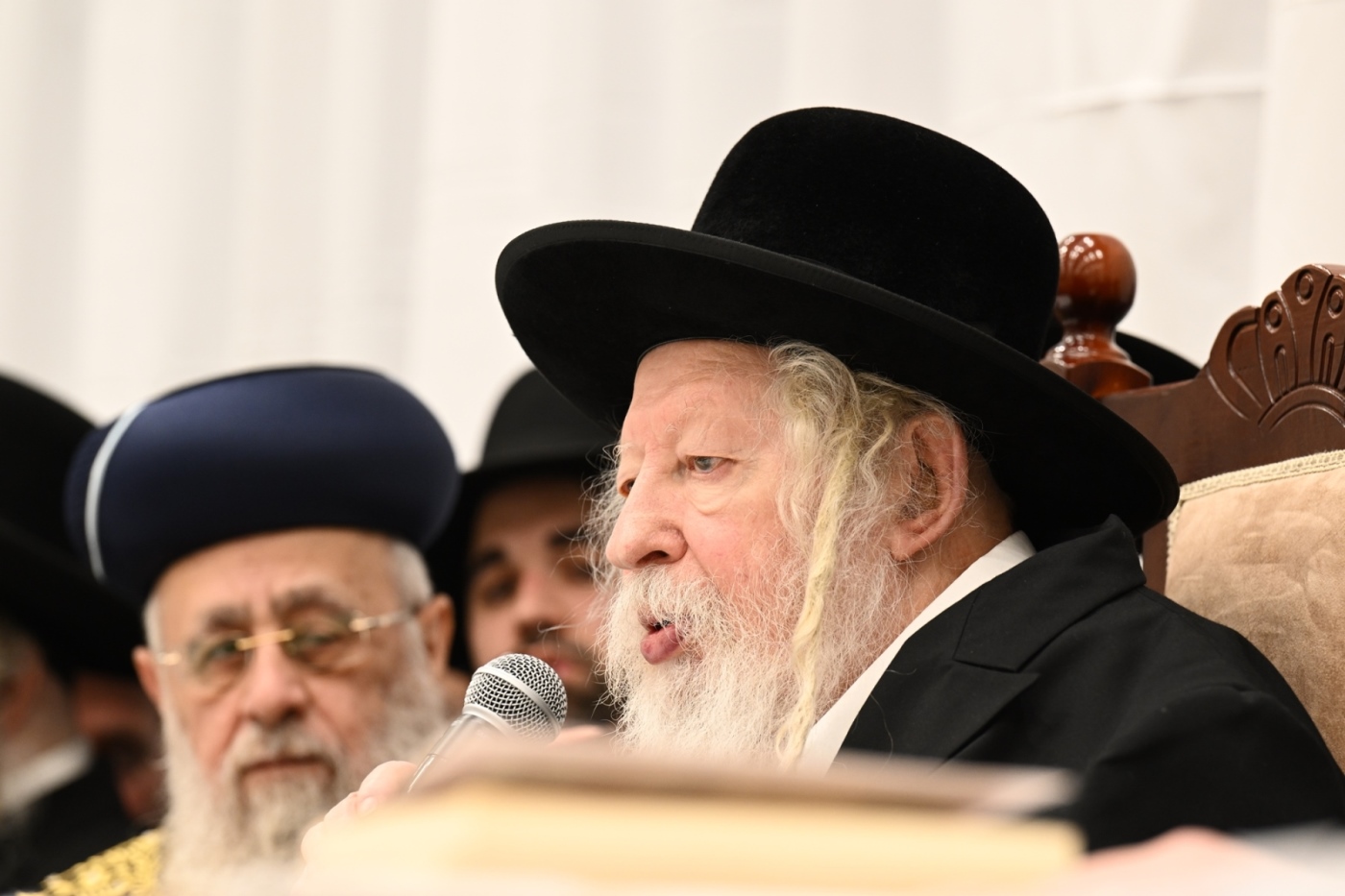 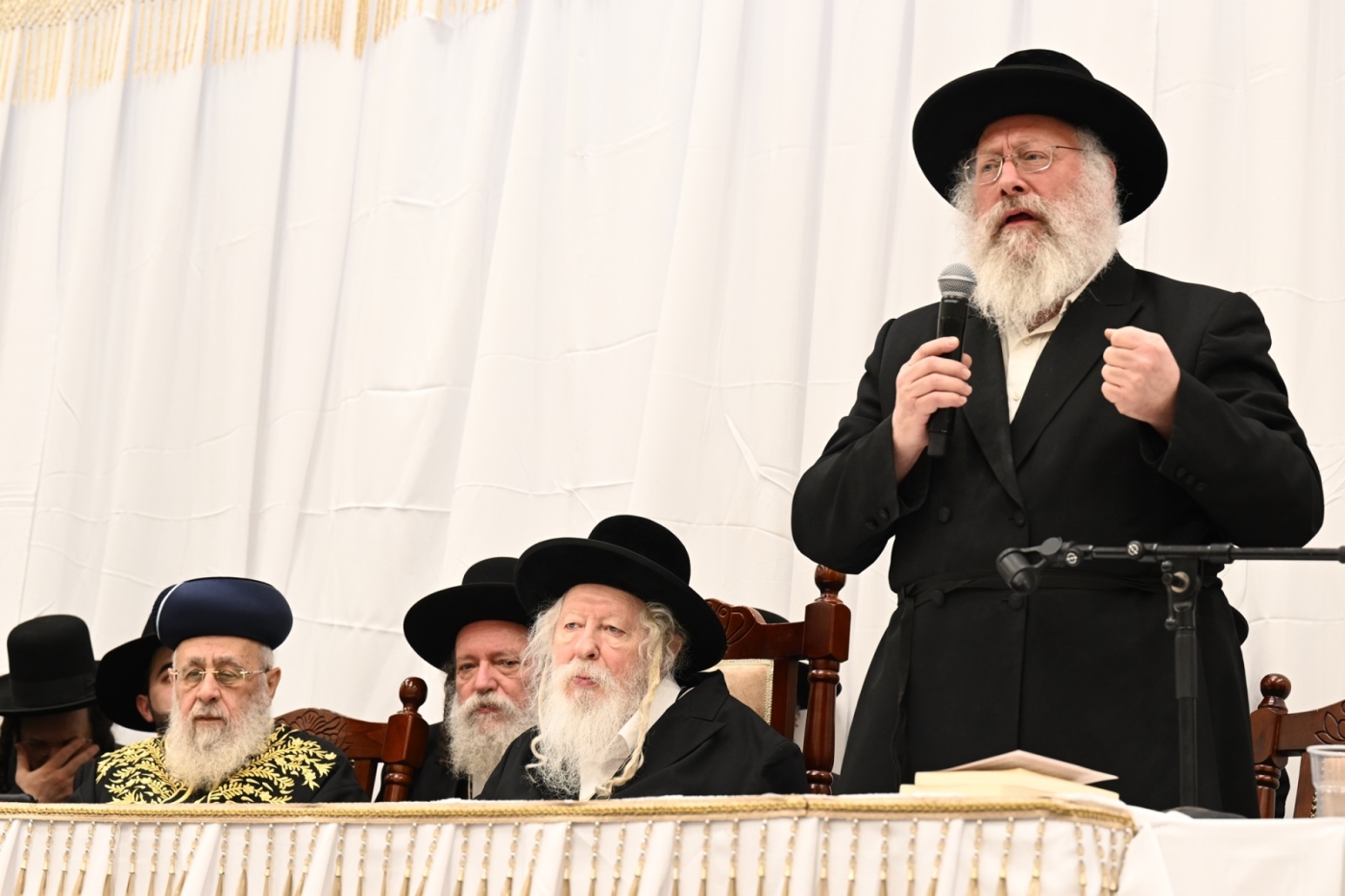 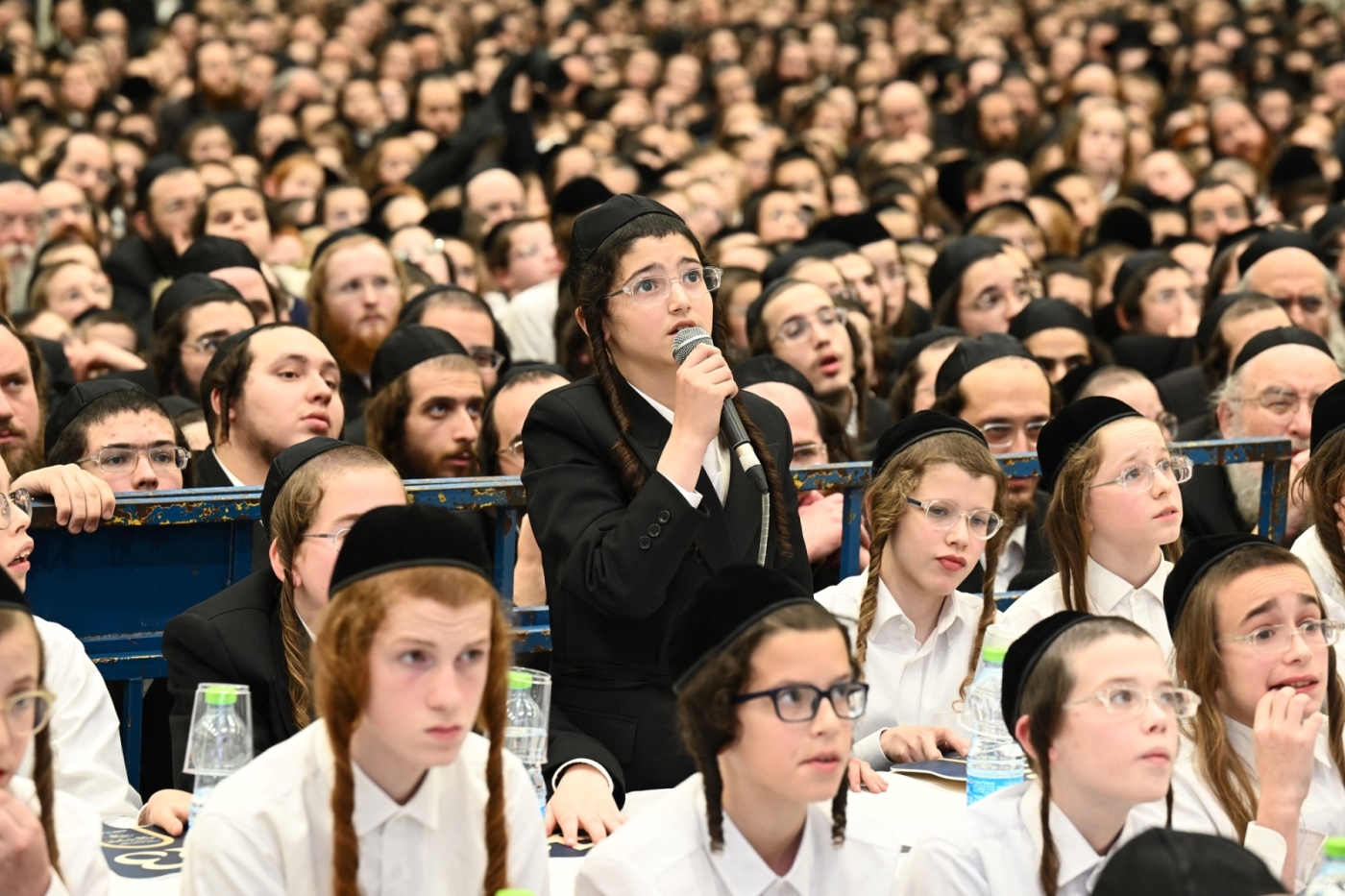 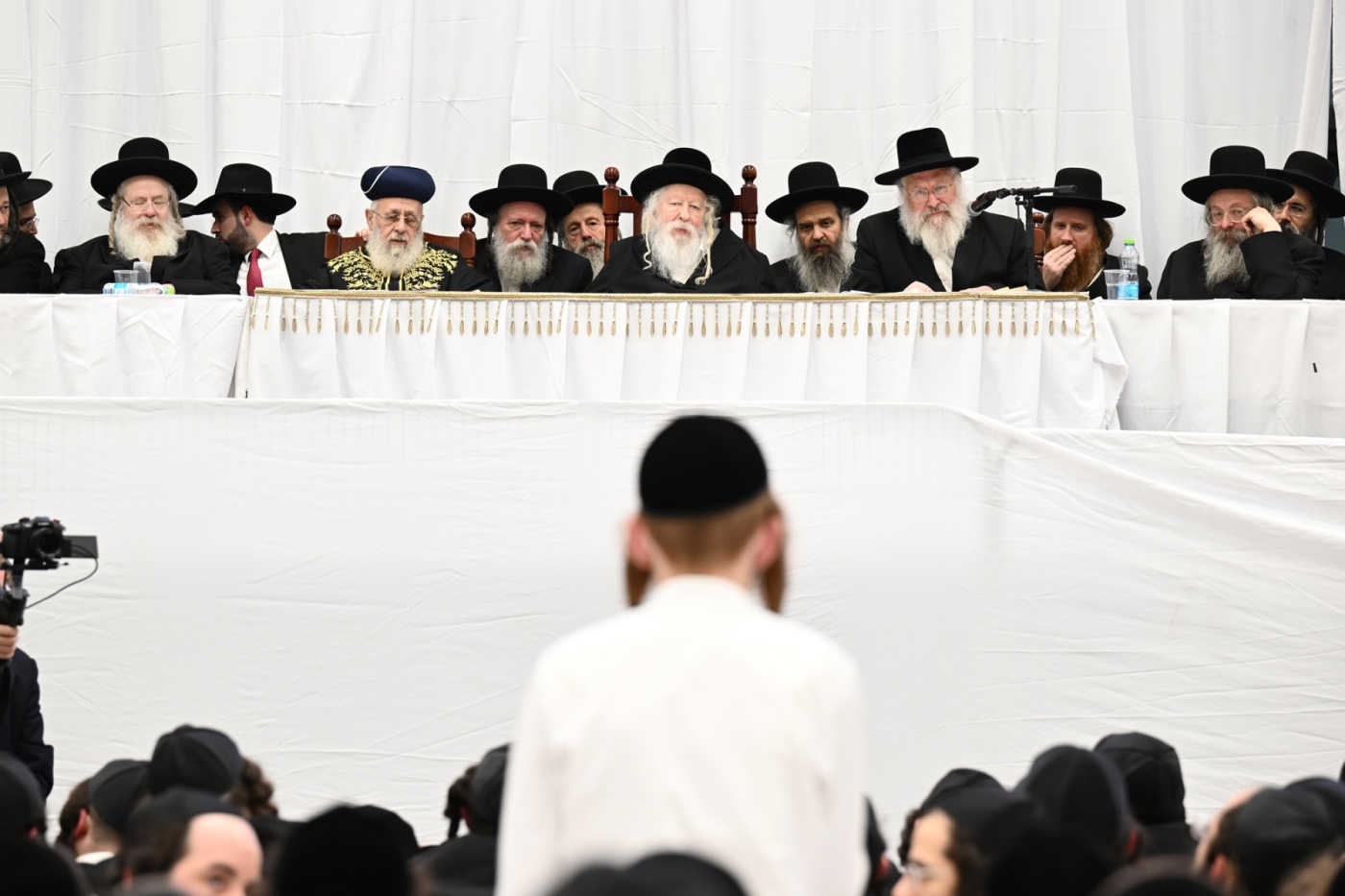 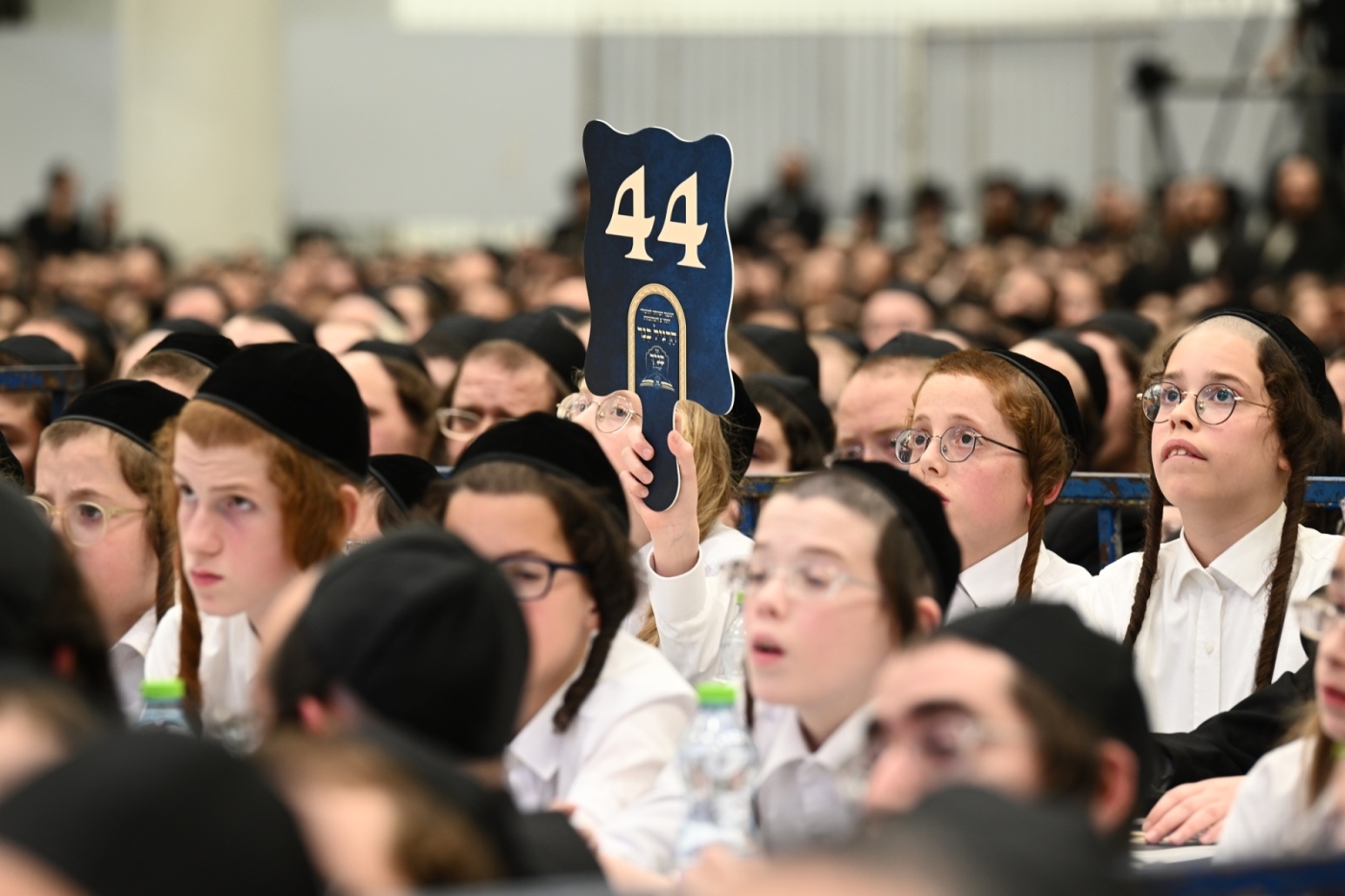 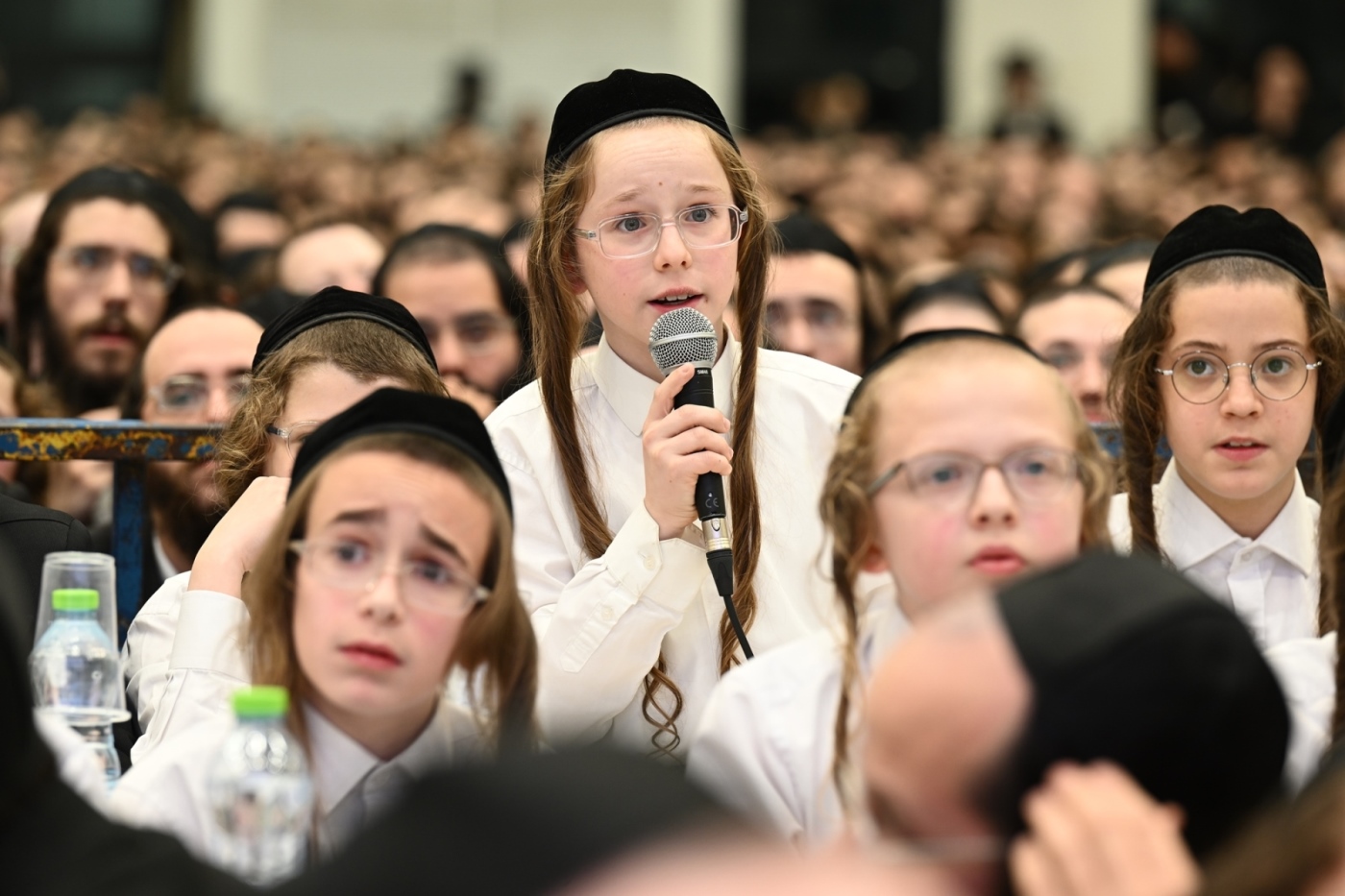 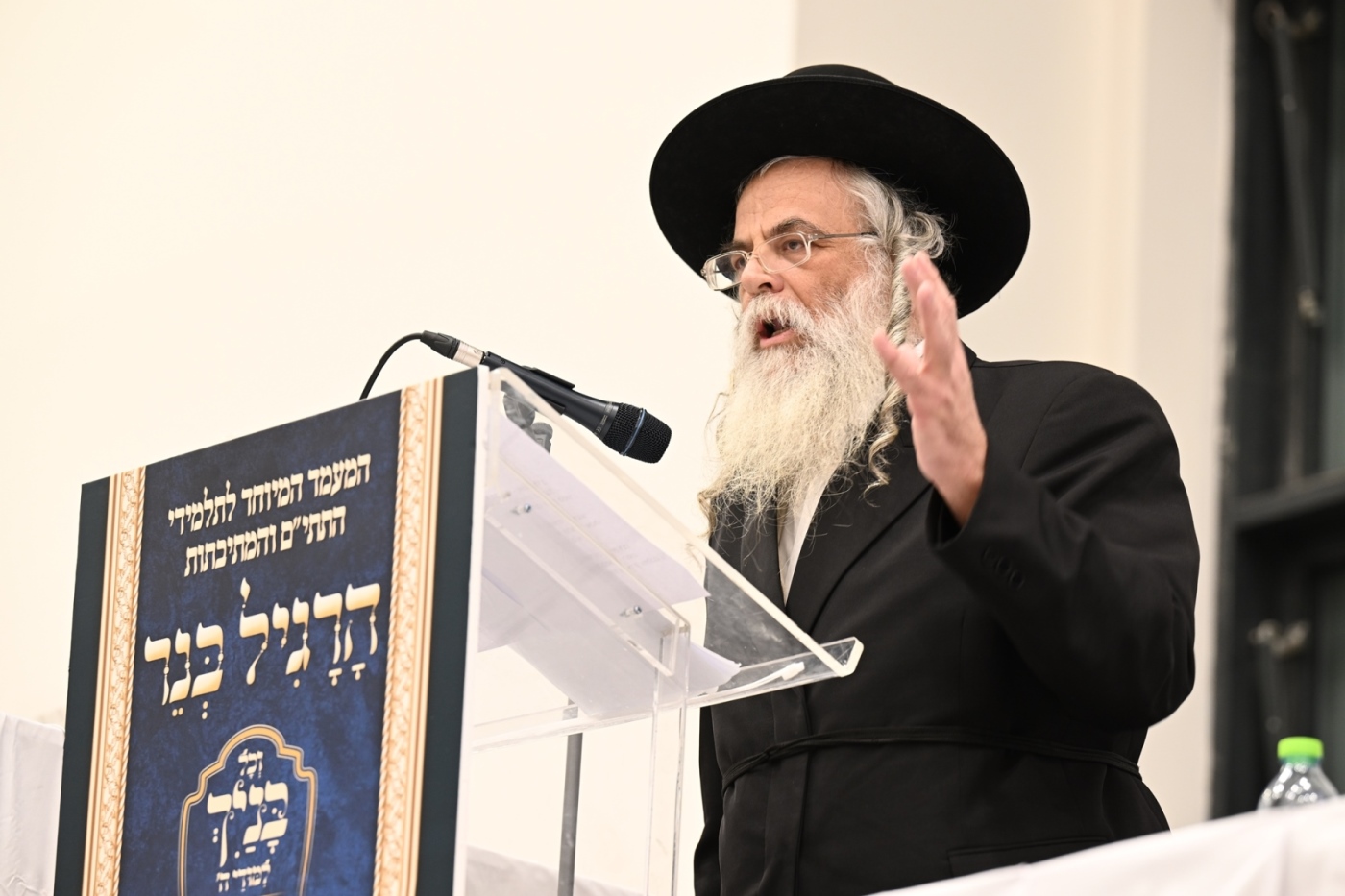 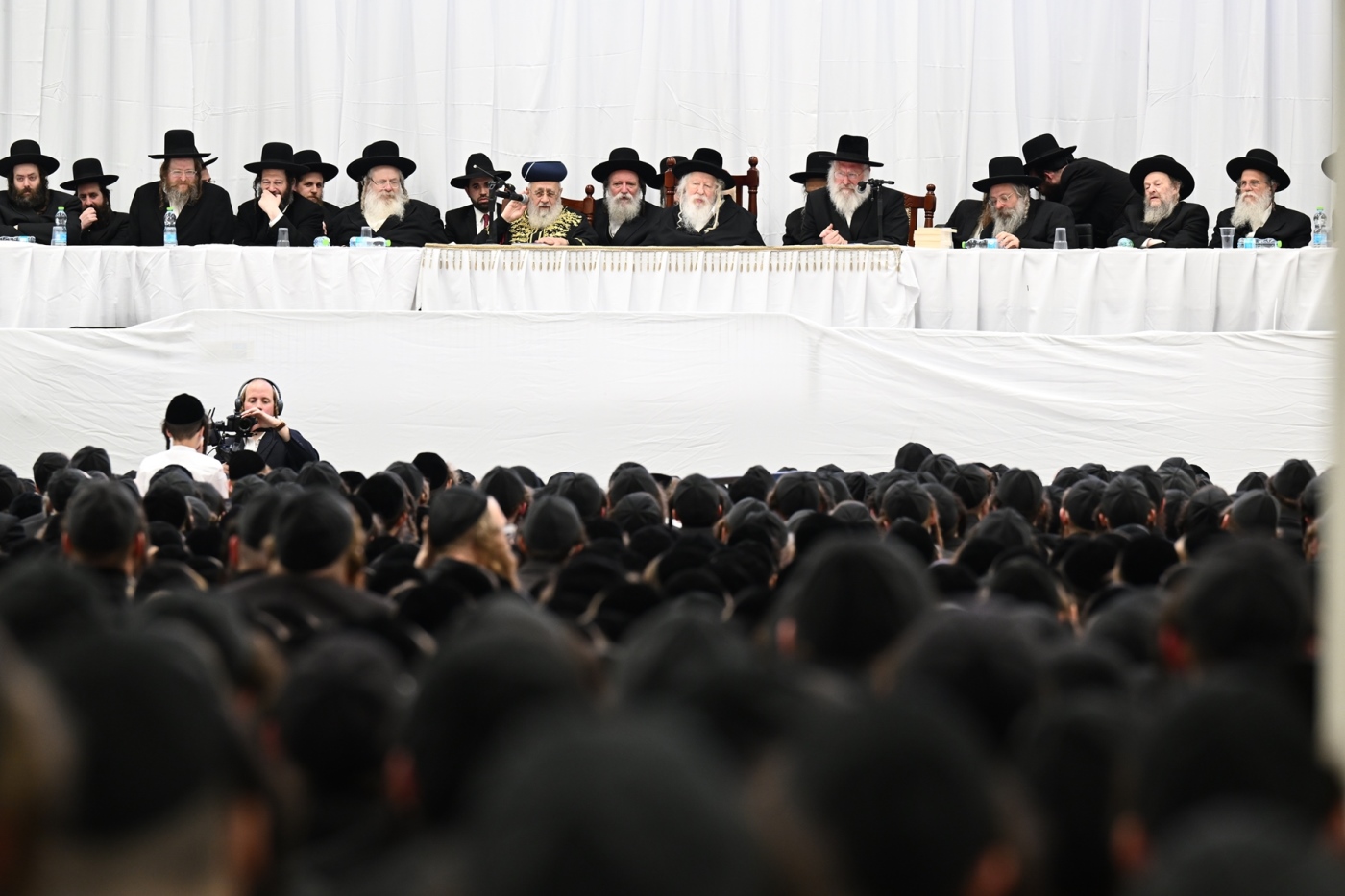 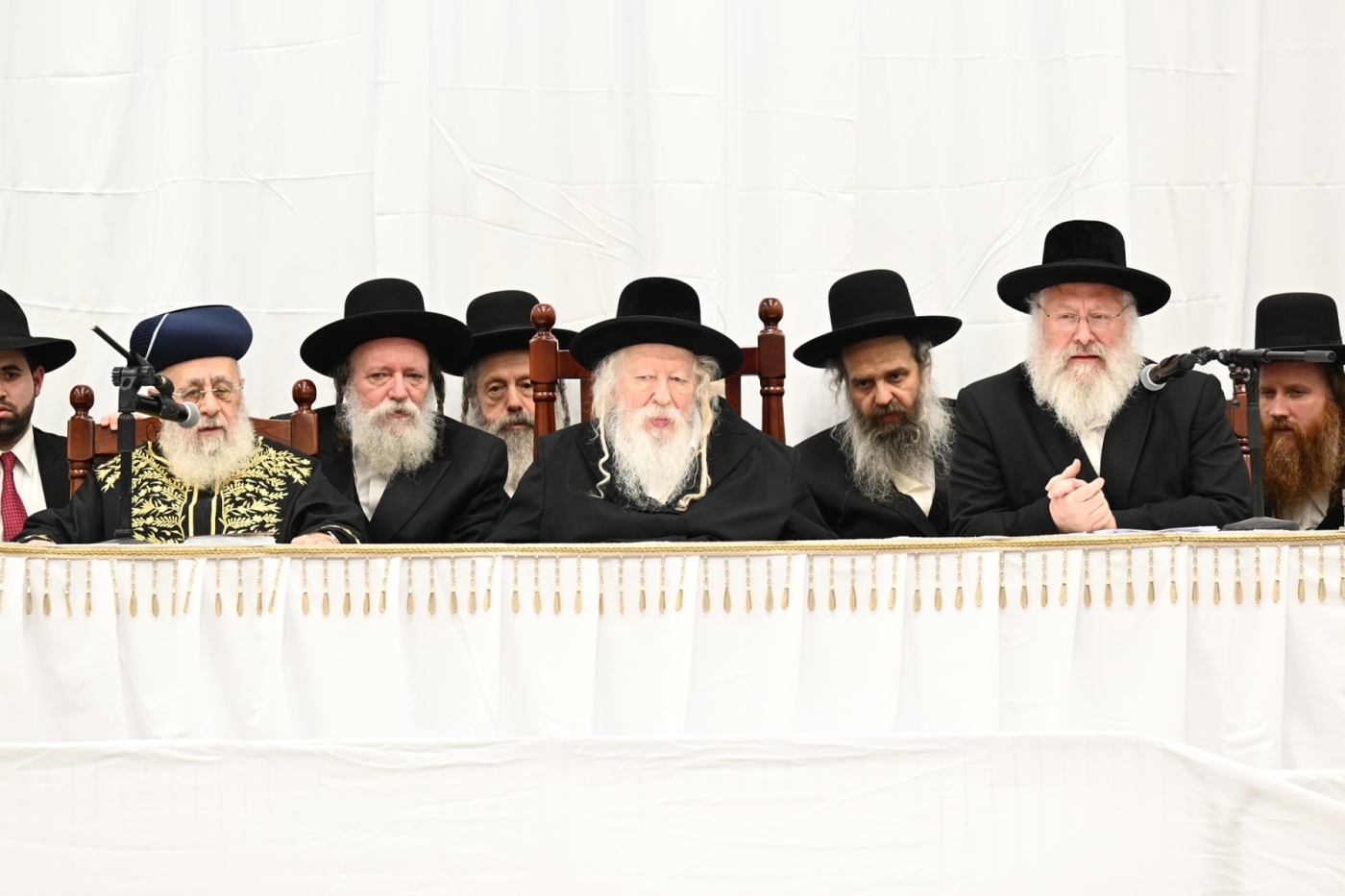 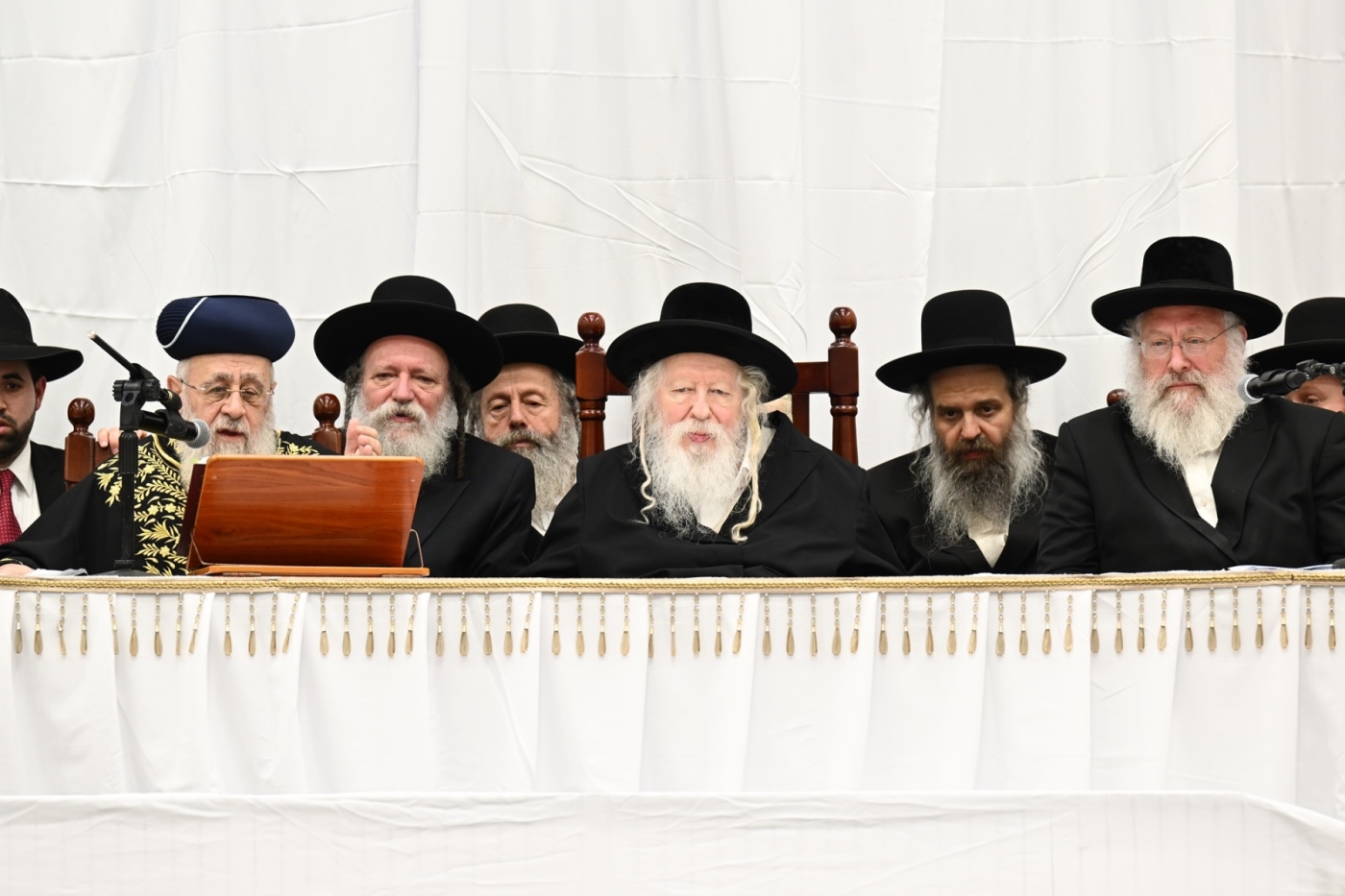 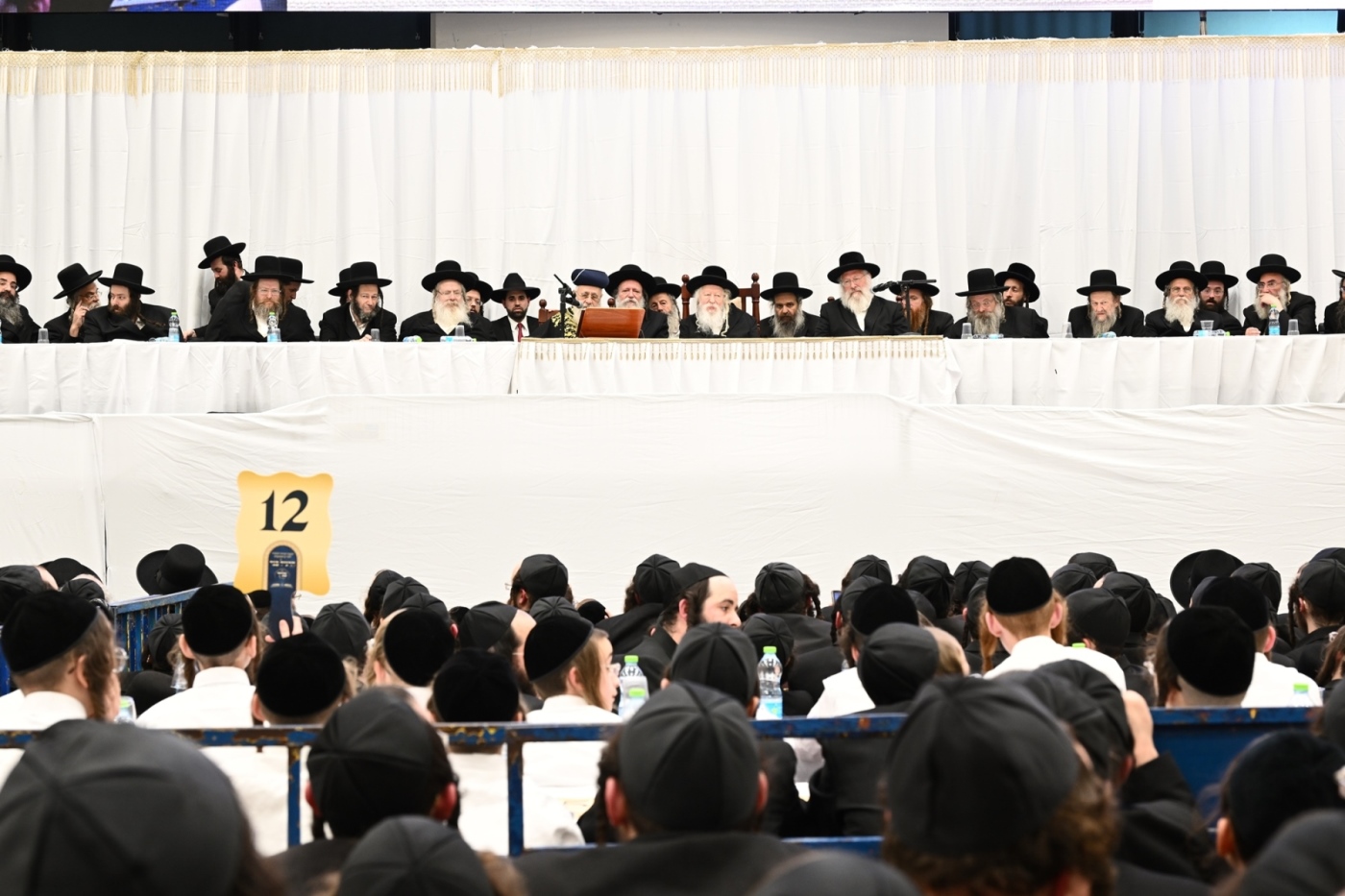 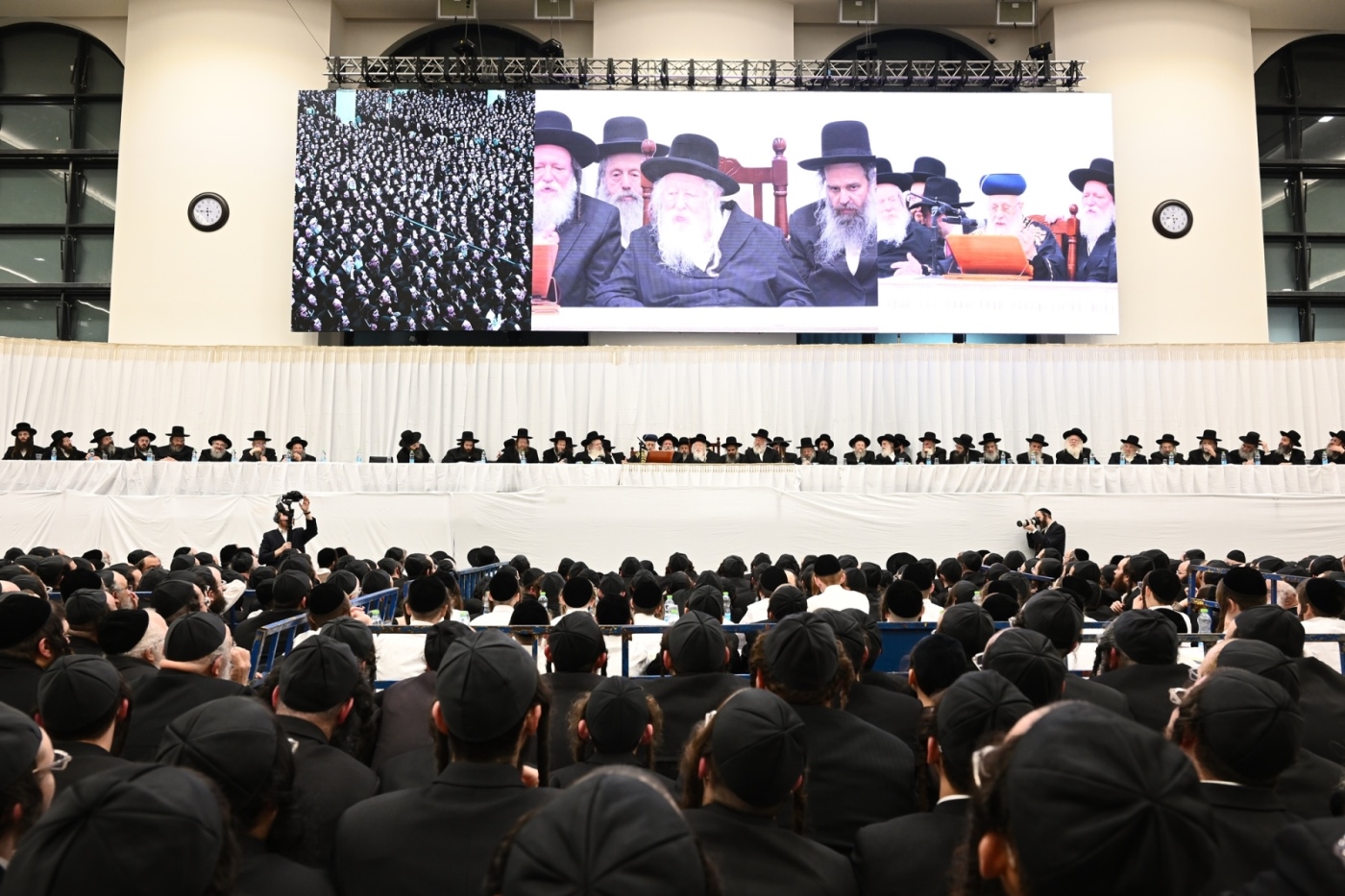 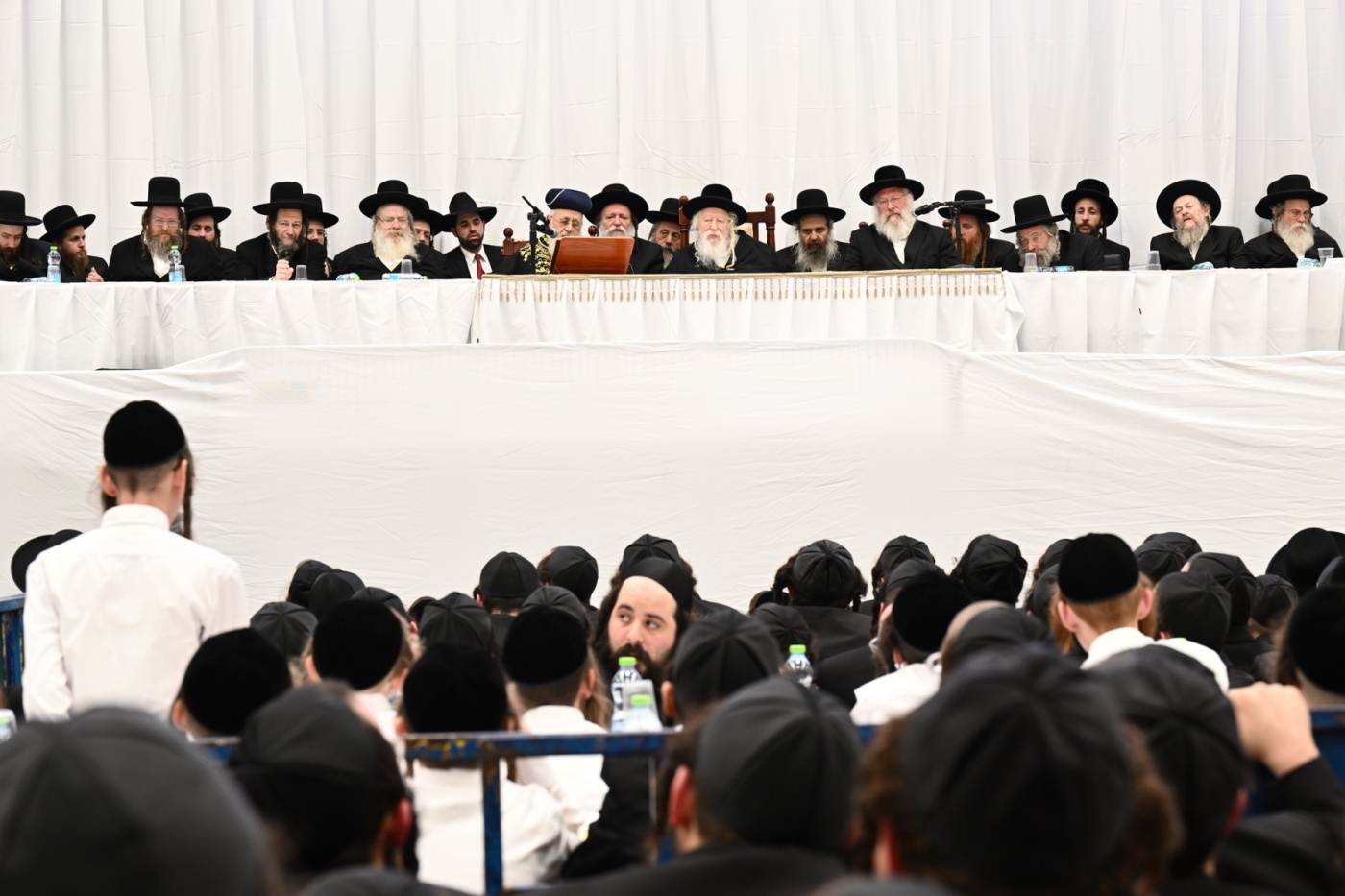 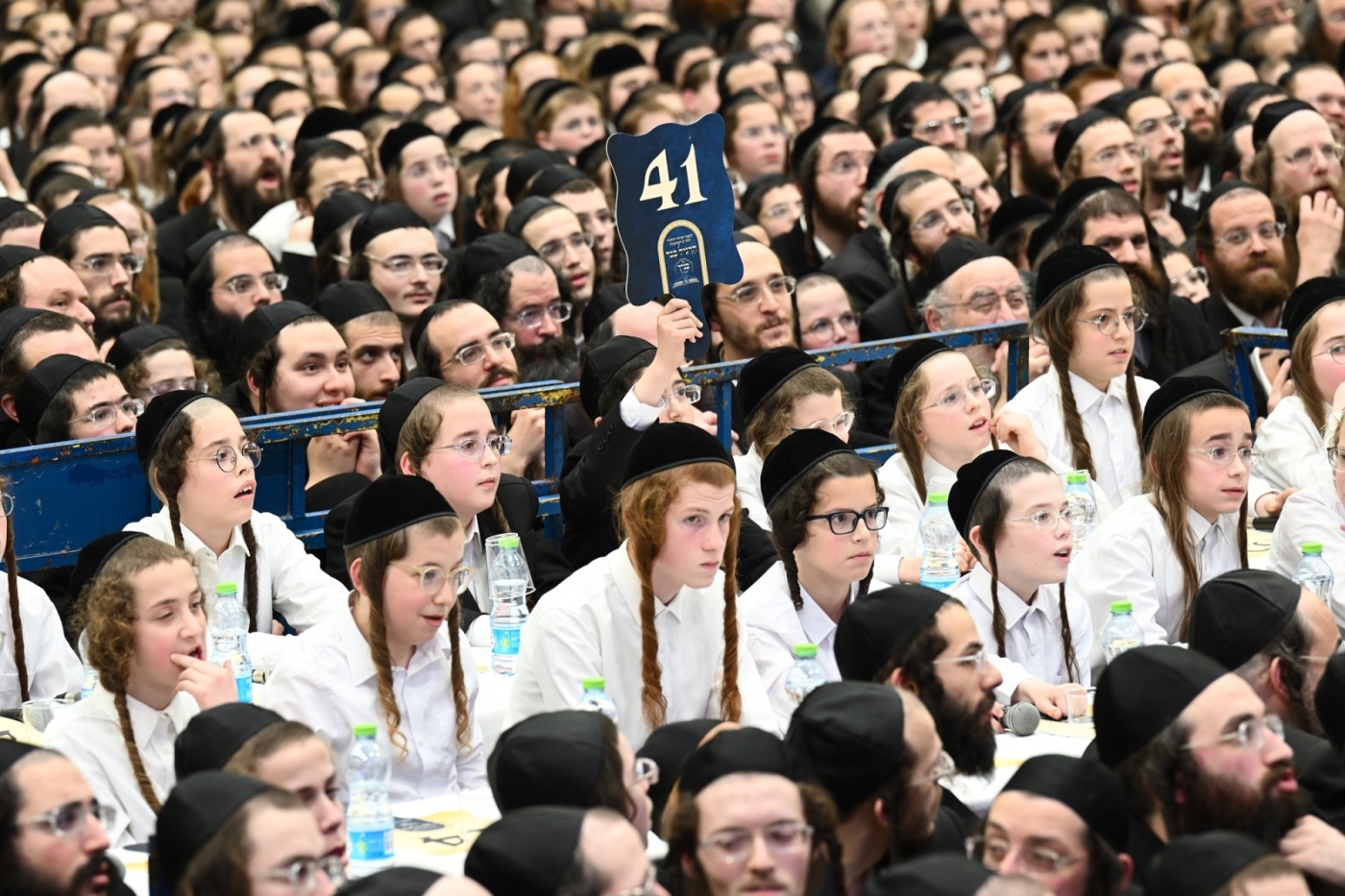 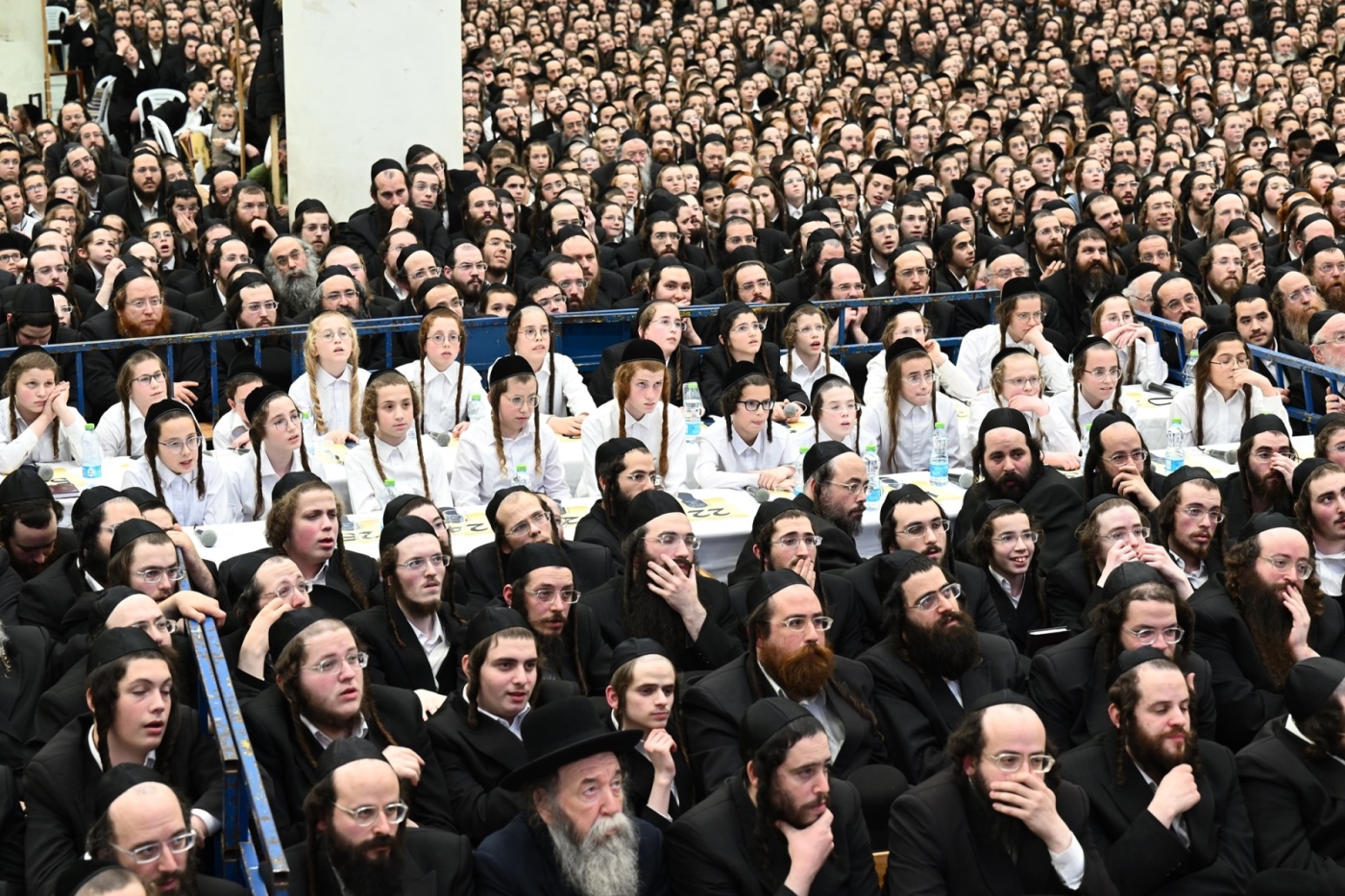 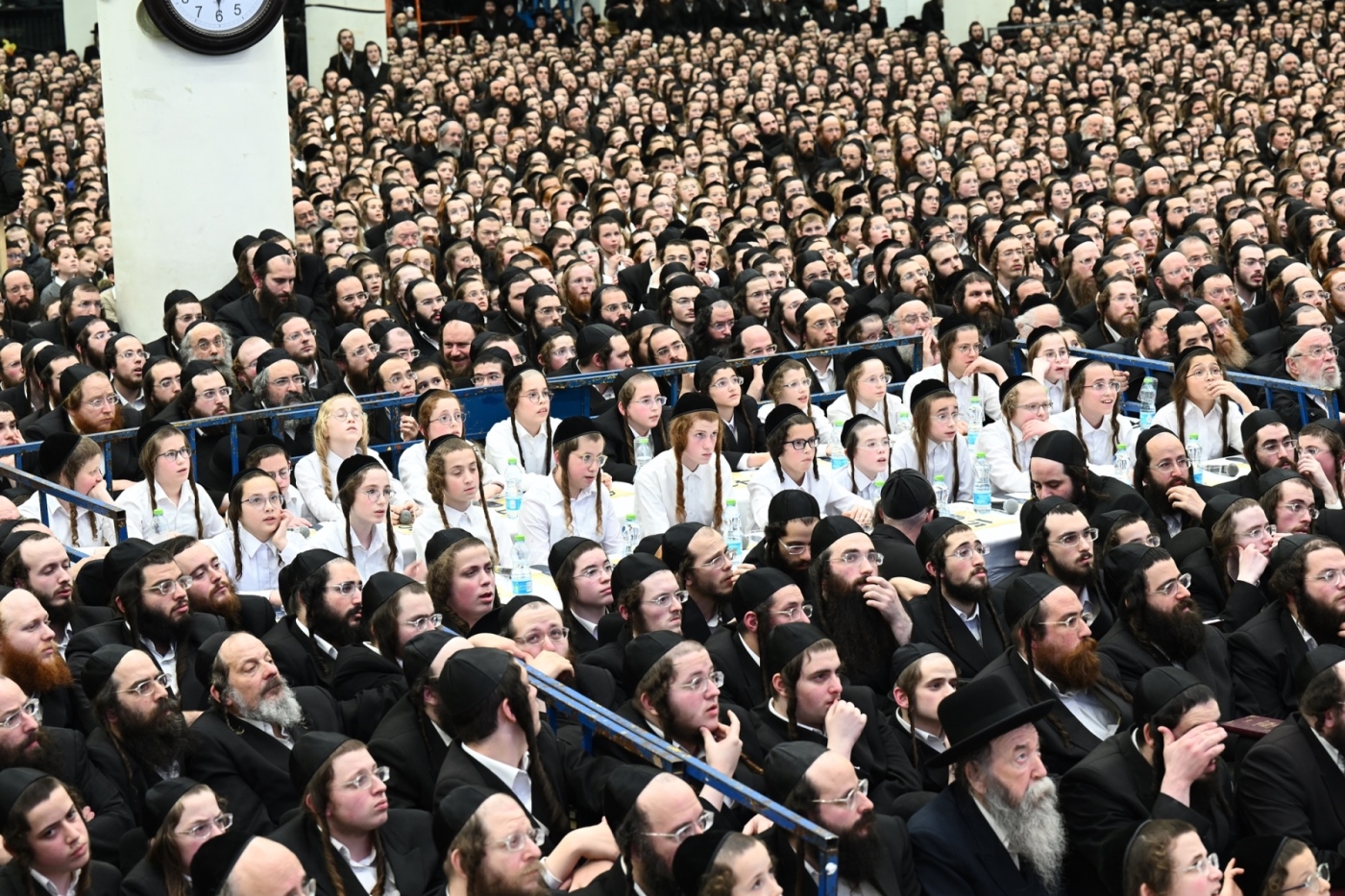 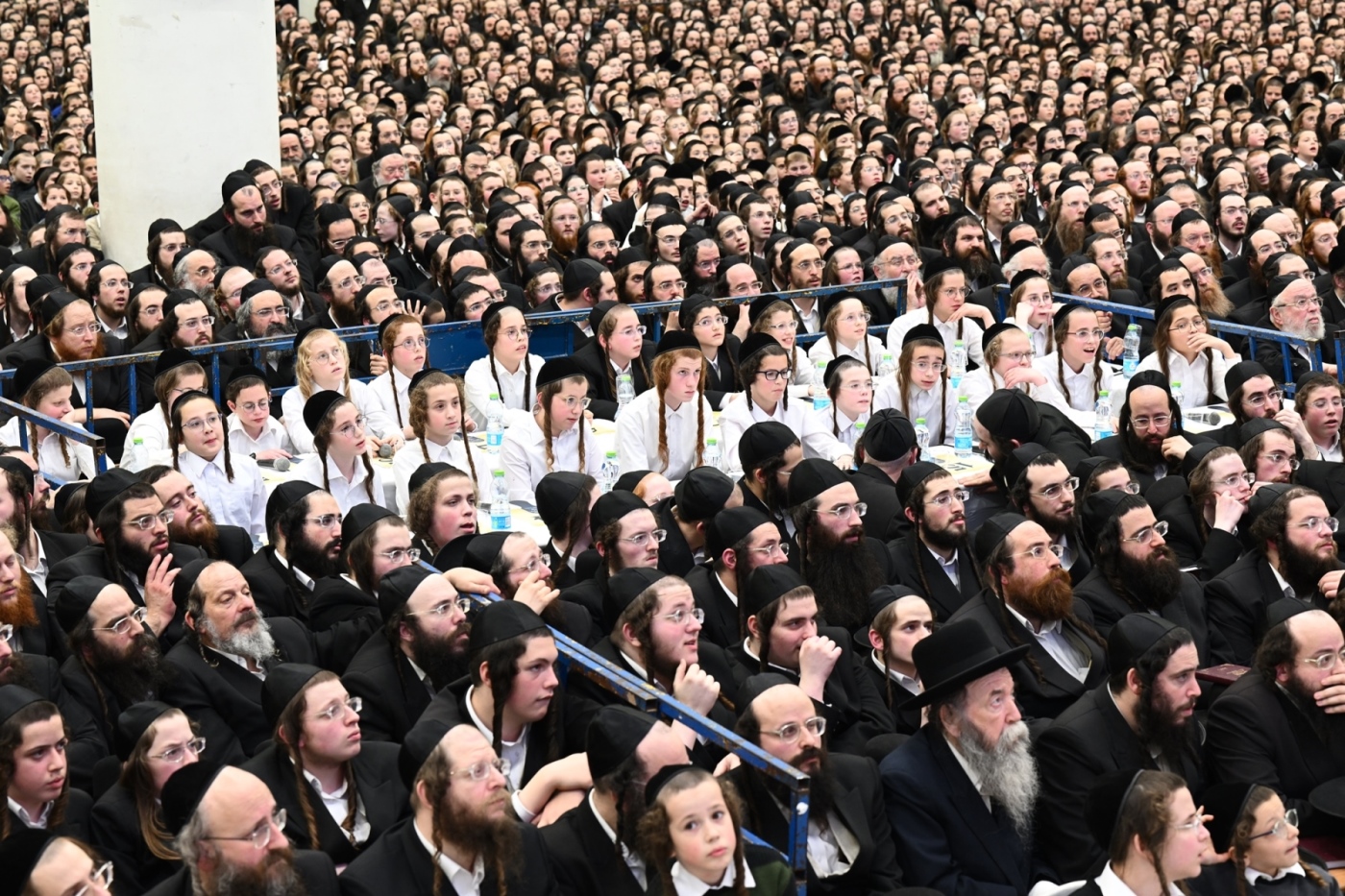 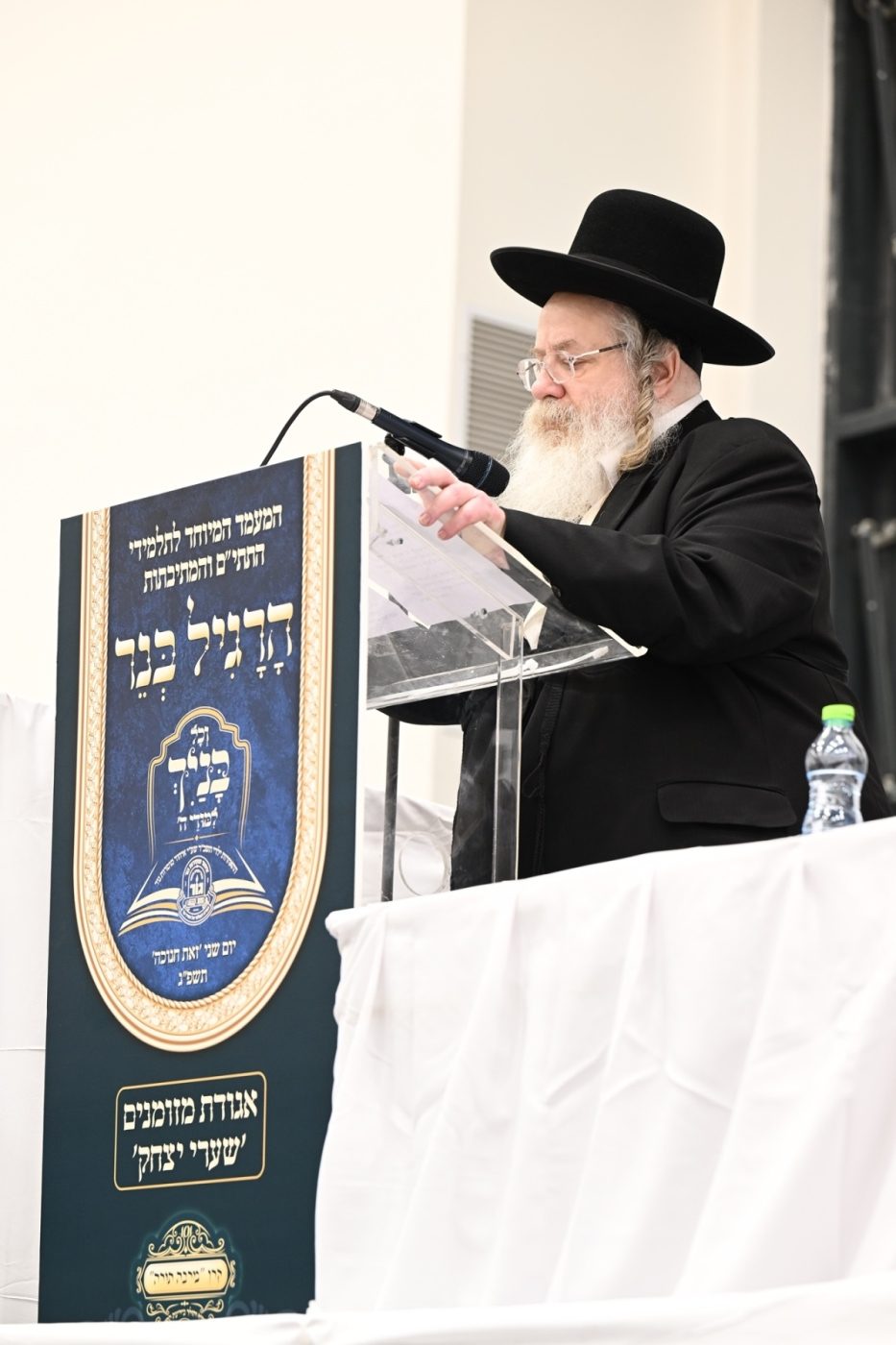