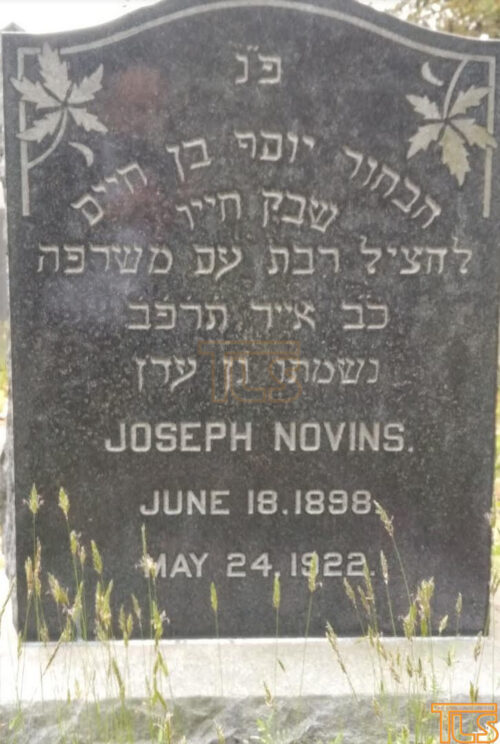 Submitted: At the young age of 25, Joseph Novins, the son of Polish immigrants, was a volunteer fireman and president of the newly formed Fire Company 2 of Toms River, NJ. His parents had moved from NY in 1903 to be poultry farmers. His father, Mr. Hyman Novins, was even the president of the Jewish Farmers Association.

His brother, Samuel, had been killed in the Argonne Forest as a soldier fighting in that battle in World War 1. Joseph was a partner in a “Feed Store and Garage” business in downtown Toms River.

It was Sunday evening, May 21, when the fire alarm rang out.

The home of James and Evilena Hankins on North Main Street was aflame.

Joseph ran from a mile away and entered the burning house to see who can be saved. What he didn’t know, was that the blaze had been purposely set by the separated couple intending to collect the insurance money. He entered the kitchen, which had been soaked with kerosene to ensure a completely destructive fire, and was quickly overcome by the fumes of kerosene that had been spread liberally by the arsonists. His fellow firefighters arrived to find him passed out on the floor. They attempted to revive him and took him to Paul Kimball Hospital in Lakewood (now Monmouth Medical Center Southern Campus).

For the next three days, the local doctors sent his X-Ray images and test results to specialists in New York City. They were puzzled trying to figure out the nature of his injuries, and how to treat them.

Their efforts were fruitless, and he passed away at the end of the third day – May 24 כ“ו אייר, of a ruptured kidney. He was buried the next day in the Lakewood Cemetery.

This year, on Friday – כ“ו אייר – will be his 100th Yahrtzeit. I would like to make a minyan there at 9:30am please let me know if you can join (please post in comments below).

(P.S. His headstone has the wrong date on it. כ“ב אייר was the day of the incident. כ“ו אייר was the actual date of the פטירה.)

UPDATE: After publishing this article, TLS received the below picture of a plaque hanging at the Toms River station in his honor.

UPDATE, Tuesday: New documentation was found that proves the Yahrtzeit to be Thursday.
The new date/time is Thursday May 26 –  כ”ה אייר at 7:00pm.
Location is on 7th Street – Sons Of Israel entrance to the Mount Sinai Cemetery (across from Bais Medrash Ner Yisroel 733 Ridge Ave Lakewood). 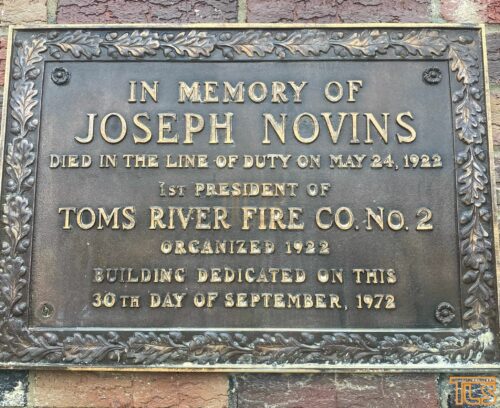 In addition, a member of the company reached out to TLS stating they had actually included Novins’ name in a recent ceremony marking 100 years, and had cleaned up the plaque in his honor.