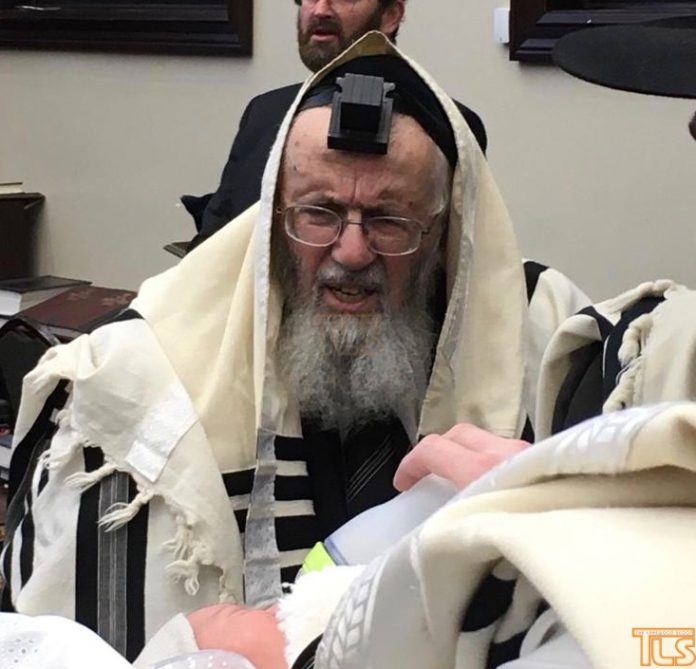 Today is the third yahrtzeit of HaGaon Rav Gershon Weiss zt”l, one of the Gedolei HaMussar and mechanchim of this past generation. He was the menahel ruchni of Yeshiva of Staten Island for over half of a century and the rov of Bais Medrash Ateres Binyomin in Lakewood, NJ.

Aside from his remarkable insights in mussar, kochos hanefesh, and chinuch, he had a remarkable sense of ahavas Yisroel and achrayus for those members of klal Yisroel that were estranged form their Torah heritage (and others as well). I recall him going over to a Baal Tefillah in Camp Staten Island who came to daven for the amud and being mechazek that person – a truly remarkable thing.

Rav Weiss was born in 1933, in Liberec Czechoslovakia. In 1938, he and his family escaped the Nazis and went to Hungary where there was a sufficient delay before the Nazis invaded there as well. The family lived with the grandparents until they were able to come to America. They had a relative who lived in Atlantic City, where they had stayed.

Eventually, he was taught by a Talmid Chochom, and with great seyata dishmaya, the young Rav Weiss was able to attend Yeshiva Ner Yisroel in Baltimore.

Rav Gershon zt”l learned under Rav Yaakov Ruderman zt”l and was able to acquire the particular nuances of Slabodka mussar, under Rav Ruderman’s tutelage. Gedolei HaRosh Yeshiva, after looking in his seforim, once lauded his work by saying, “it was as if he was in Slabodka himself, learning from the Alter.”

Rav Weiss was able to influence thousands of talmidim and also merited to bring thousands back to avihem shebashamayim. His shmuessim were written ten years ago by Rabbi Eliezer Chaim Khayat and are called B’Ikvei HaTzon.

During World War II, Czechoslovakia was occupied by Nazi Germany in 1938 as part of the Munich Agreement. The country was divided into the Protectorate of Bohemia and Moravia (which included the city of Liberec) and the Slovak Republic, both of which were controlled by the Nazi regime.

Most of the Jews in Czechoslovakia were viciously murdered by the Nazis y”s.

The author can be reached at [email protected]