They Deal Drugs In My Neighborhood But I’m Afraid To Call Police, Resident Says 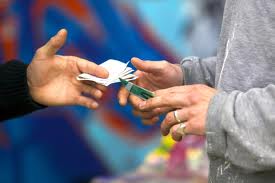 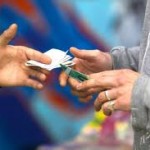 A resident tells TLS he witnesses drug-dealing on his block on a daily basis, but is afraid to call police. “I’m personally disgusted by the criminals that roam our streets. I can literally look out my window and see numerous hoodlums every day dealing drugs from their car. I don’t call the police because I’m afraid”, the resident says. “I hope that if I don’t bother the drug dealers than they won’t bother me”.

Nevertheless, the resident says, he doesn’t blame those ‘hoodlums’, but the people who rent to them.

“The people I am most disgusted with are the slumlords who rent to these lowlifes”, he says. “I know numerous articles have been written about the slumlords and they continue to rent their houses out to gangsters and thieves without any regard for the other people who live in that area”.

Ne acknowledges that many have appealed to landlords not to rent to people of questionable character, “but the slumlords listen to their g-d, the almighty dollar”, he says.

But, says the resident, he doesn’t expect anything to change anytime soon.

“I know that the only thing I can do is accept the fact that sometime during the afternoon my block becomes a place for drugs to be dealt”. “I only hope that I can protect my kids from being influenced or involved with this scene some day”. TLS.