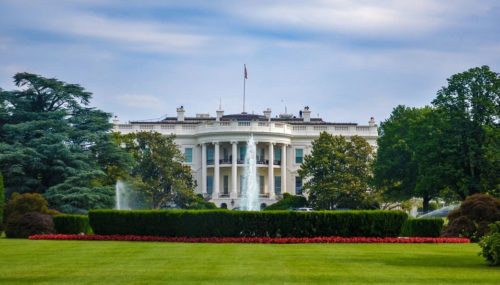 Biden Orders New Vaccine Mandates -President Joe Biden will require all federal employees to get vaccinated against COVID-19 and the U.S. Department of Labor will issue a rule requiring businesses with more than 100 employees to have their workers vaccinated or tested weekly, officials said on Thursday. The new measures, which Biden was due to lay out in remarks at 5 p.m. ET, cover about two-thirds of all U.S. employees, part of a broader, more aggressive attempt to get Americans vaccinated amid a surge in COVID-19 cases from the fast-spreading Delta variant. Under Biden’s plan, the administration would also require vaccinations for more than 17 million healthcare workers at hospitals and other institutions that participate in Medicare and Medicaid social programs for poor, disabled and older Americans, senior administration officials said.

DOJ Sue’s Texas Over Abortion Law – The Justice Department is suing Texas over a new state law that bans most abortions, arguing that it was enacted “in open defiance of the Constitution.” The lawsuit, filed Thursday in federal court in Texas, asks a federal judge to declare that the law is invalid, “to enjoin its enforcement, and to protect the rights that Texas has violated.” The Texas law, known as SB8, prohibits abortions once medical professionals can detect cardiac activity — usually around six weeks, before some women know they’re pregnant. Courts have blocked other states from imposing similar restrictions, but Texas’ law differs significantly because it leaves enforcement to private citizens through civil lawsuits instead of criminal prosecutors.

Biden’s Approval Ratings Crater – President Joe Biden’s approval rating has collapsed to 39 percent, the lowest point of his presidency, according to a Wednesday Economist/YouGov poll. While only 39 percent percent approve of Biden’s job performance, 49 percent disapprove, a drop of six points in one week.

VP Harris in Hiding – Vice President Kamala Harris effectively vanished from public view after returning from her trip to Asia to find President Joe Biden struggling on nearly every major issue facing the country. The vice president effectively ghosted the Biden White House after arriving back in Washington, DC, on August 26. For 12 days, Harris has remained out of sight, except for a brief ceremony where she swore in U.S. Ambassador to Mexico Ken Salazar on Thursday.

Biden Forces Out Trump Appointees – The Biden administration has asked 18 members of military service advisory boards, including 11 officials appointed by former President Trump, to resign or be fired, the White House confirmed Wednesday. The officials include prominent former Trump advisors — like former counselor to the president Kellyanne Conway and former press secretary Sean Spicer who were appointed to Air Force Academy and Naval Academy boards respectively — just before the former president left office. Other officials include former national security adviser H.R. McMaster on the West Point board, former Office of Management and Budget director Russell Vought on the Naval Academy’s board and former White House liaison to the Justice Department ​​Heidi Stirrup.

Report Shows Fauci Lies About Covid Research – The U.S. government contributed funding to controversial gain-of-function research on bat coronaviruses at the Wuhan Institute of Virology in China, a report alleged Monday. Dr. Anthony Fauci, director of the U.S. National Institute of Allergy and Infectious Diseases (NIAID) and the chief medical advisor to Democrat President Joe Biden, has previously denied the National Institute of Health [NIH] has ever funded such research.