The Vaad responds to your ‘Ask The Vaad’ questions: Media bias 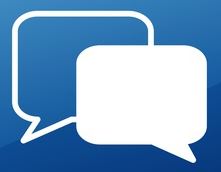 The following is an ‘Ask The Vaad’ question submitted to TLS, and the Vaad’s response. Email your questions for the Vaad to [email protected]

Hi, as a long time resident of Lakewood who has benefited greatly from all that the Vaad does, I would like to thank you for all that you have done and continue to do on a daily basis.

I also wanted to clarify what the Vaad’s position is regarding the terrible blatant bias that exists in NJ media, primarily the APP.

Last night on David Lichtenstein’s Headlines show, Rabbi Aron Kotler seemed to imply that the issue of media bias shouldn’t be something that the average person is busy with, rather it should be left to the media types and askonim.

Personally, I have sent dozens and dozens of respectful emails to both app and nj1015 in response to many inaccuracies, including but not limited to; blaming Lakewood school district, falsely claiming that Lakewood school district pays for private education and the worst of all, the App calling on the justice Dept. to investigate the entire Lakewood community.

If the Vaad feels that my emails to these reporters aren’t helping the cause then that is something I would respect.

I do feel that a strong case can be made that these inflammatory articles in the local media are what riled up the masses, thereby creating an environment in which the Jews were blamed for every perceived wrong in Ocean County, which in turn created an environment in which it was accepted to be prejudiced against the Orthodox. In my opinion this can all be traced back to Jews moving into Toms River and Jackson. It’s all connected. When the Jews started moving in to these towns, the residents became very hostile and active on social media which greatly contributed to the current overt anti semitic trend in this area.

After being demonized in the press for the past 3 years, the authorities felt the time was ripe and they had the public’s support to do what they are doing now.

It should be clear to everyone that if we don’t take care of this media bias, it will only get worse. I believe that it’s fair to say that most children in Howell, Jackson and Toms River are raised with very negative perceptions of Orthodox Jews. That is something which is very dangerous as we know from our long and painful history.

In summary, Can the Vaad please clarify what it feels the average person should be doing in regard to the blatantly biased media.

Response from Rabbi Aaron Kotler, of the Lakewood Vaad:

Thank you for reaching out, and thank you for sharing your thoughts on this critical issue.

It is vital that caring citizens like you speak up to any media outlet, when those misrepresent us. One person speaking up will have a small effect, if enough people speak up we can have substantial impact.

The challenge we face is that misconceptions about the Orthodox run very deep. This is not only true for Lakewood, it appears that Monsey, Ramapo, Mahwah, Kiryas Joel, Lawrence and most communities with large Orthodox populations experience the same misconceptions.

The way modern media depicts Orthodox Jewish life is so far from truth, that it calls into question whether Letters to the Editors alone can change the way they view us.

My thought when interviewed on the David Lichtenstein show was that we could use a more comprehensive communal approach. We have been working on such approach for the past six weeks and are seeing hopeful signs as a result.

Central to our approach is to not be responsive. Rather than respond when there is a negative story, we want to be proactive in telling the positive stories before during and after negative stories run.

Instead of waiting for a bad story and our trying to defend ourselves, we want to reach out and tell our authentic incredible stories – about our beautiful lives, our remarkable people, our chesed, our families, our loving and caring communities. This is a story that anyone, regardless of religion or background can relate to and be proud to have in their town or state.

It is our intent to be proactive in telling those positive stories – to provide a real authentic picture that captures the exceptional beauty and remarkable story of the families of Lakewood.

With your permission we will reach out to you as we seek to tell those stories– we are sure that your own life is an inspirational one – that can inspire all people and not just those who are Orthodox.

Stand by in the weeks ahead, as we bring you and hundreds of others into telling the true story of Lakewood to the world.