The Key To Becoming Great This Purim Day 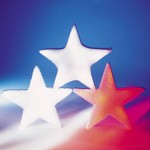 By S.F, The Midrash tells us about an encounter between Mordechai and Haman when Mordechai was teaching his students. Haman inquired as to what they were learning and they responded that they were learning about the Omer. “What is this Omer made of,” he asked? “Is it made of gold? Or silver?” “No, they answered, “not of gold nor silver not even wheat but of barley and it costs merely ten small silver coins.” Upon hearing that, Haman replied, “In Hashem’s eyes your ten small silver coins have overpowered the 10,000 kikar of silver which I gave Achashveirosh for the right to destroy you.”

Ten small silver coins saved us. It saved us because Hashem loves anything that we do. Anything at all. People think that only great and difficult mitzvahs are the ones that count and the lesser ones are just a “mitzvah” that we are obligated to perform. This is patently false.

Purim informs us otherwise. The simple bringing of the Omer, the simple act of giving the half a shekel saved the Jewish nation.

The biggest mistake we make in our lives is thinking that greatness is based on what others think. Therefore, we tailor make our lives in order to achieve some sort of greatness in other peoples eyes. We market ourselves by the way we dress, by the car we drive, the house we live in and even our involvement in community affairs. We work extremely hard to enlarge our portfolios and enrich our pockets all because we want to be great. We want to feel like we count in a big way.

That’s all because we think that greatness is how it’s measured by others. Big mistake! True authentic greatness is only how Hashem sees it. Because everything else fades, withers and ceases and then only divinely recognized greatness remains.

The key to greatness is the way we respond to one thing and one thing only and that is “challenge.” When you are faced with a challenge do you give in or do you respond and fight back?! Do you just throw in the towel and give up or do you sacrifice for others?!

Greatness is all about doing the right thing even if nobody is watching and no one will find out about it. Greatness lies in all of us and every single day we just have to reach out and embrace it.

That was the challenge that Mordechai gave Esther. Esther, if you keep quiet during this difficult time then, fear not, Hashem will provide our salvation from another source. But you and your family will fade into the pages of history never to be heard of again.

How did Esther respond? Esther knew it was dangerous, Esther understood the risk but Esther understood that this was her challenge. Esther didn’t know what the outcome would be. She had no knowledge of stardom nor of a legacy called Purim but that didn’t seem to matter. She took it head on, didn’t give up and fought back. And she won. And she became great. She became great because she took on her private challenge and it ended up being the public salvation that it was. And because of that she became one of the most famous and great women in Jewish history, the heroine who saved Klal Yisroel.

Interesting enough one of the reasons we drink on Purim is to bring home the message of Hashem’s amazing unconditional love for all of us. All year we operate under the illusion that we are paying our own way. We think that what we do is “cause and effect.” By the chesed that we perform, the Torah that we learn and the tefillos that we daven, we cause Hashem to respond in kind and give us health, parnassah and all the blessings of life.

One day a year on Purim Hashem tells us to get drunk. A drunk can’t make a conscientious decision let alone improve himself and do good deeds. Do nothing, Hashem says, and I will show you that I still love you. It’s not your actions that make Me love you. You are My beloved and I will take care of you no matter what happens. My love for you is totally unconditional.

This Purim, drunk or not, know the key to your greatness. Know that Hashem treasures all that you do however small and insignificant it might appear to you. Know that in His eyes you are great – greater then you can ever imagine and that challenge…that might be the one that saves the world whether anyone else knows about it or not!

Simchas Purim to all!