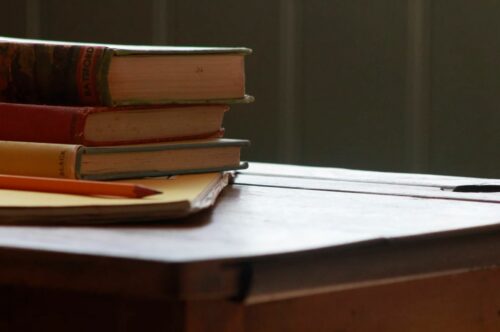 Rabbi Oppenheimer of Gateshead Yeshiva recently referred a boy to me for evaluation, we’ll call him Eli Zilber (not his real name). Eli learns all day in Yiddish, but at home, English is the spoken language. Eli’s family is Litvish, but they chose a chassidish school for their sons, favoring its warmth,

traditional feel, and the protection it afforded from outside influences. Unfortunately, despite the Zilber Family’s attempts to select a superior learning environment for their boys, the language discrepancy between the Yiddish in school and the English of the home created learning problems for their children.

The Zilber’s are not unique. It is a relatively common problem today in the yeshiva world, that families make school choices based on these considerations, without realizing the problems it might create for their children’s learning. Even when a school appears more “kosher” and seems closer in line with our Mesorah, our great Rabbis have urged that children should ideally be taught in their mother tongue.

Translation theory distinguishes between the source language, that is the language of the original text being learned, and the target language, which is the language the text is being translated into and with which it is to be understood. A Torah learning environment already works with more than one source language: Lashon HaKodesh and Aramaic. Things are complicated even further when we consider the differences between the Hebrew used in the Chumash, Tanach, Mishna, and later seforim and the fact that the Mishna and Gemara are themselves written in a very terse and code-like way. When we start to introduce more than one target language, as is the case with English-speaking Yiddish learners, we may be taxing students’ brainpower even further and the clarity of their learning will inevitably suffer. When a child thinks in English, learns in Yiddish, in the end, he usually does not have a good command of either.

Mrs. Zilber noted that at home after school when she asked Eli to do something, he seemed to have a hard time processing her request. Having learned all day in Yiddish, even basic English vocabulary was harder for him to understand.

Even Chassidic boys, for whom Yiddish is their mother tongue, have problems with learning. One reason for this is that they are not taught proper Yiddish grammar. A good grasp of grammar is essential to clear thinking and expression of ideas. In addition to the problem of poor grammar skills, the richness of Yiddish vocabulary that students are exposed to today is far less than it was in Europe. We can see this from the old Yiddisher chumashim that were printed then. Most students of Yiddish-speaking schools and homes that I have taught are not able to translate and understand this level of language. English remains the language of the street and the wider community and many English words have been incorporated into the Yiddish spoken in England and America today.

The problem is, when the target language itself is lacking, students are not able to get the clarity of Torah. By way of an analogy, I recently had dealings with an electrician here in Montreal. He was trying to explain the electrical problem in my house. I am not well-versed in the technical intricacies of electrical wiring. He, being a Francophone, had a limited grasp of English. The source language was “Electrician-ese”, the target language was English. He basically explained the problem to me about 10 times, but with the same limited English vocabulary each time, so that it never became any clearer. A richer English vocabulary would have enabled him to explain the complex technical jargon in simpler terms that a layman could understand. Simply translating the words into his basic English did not suffice for clarity.

This is exactly the problem the Yiddish-speaking student faces when he tries to understand a complicated piece of Gemara. He might learn the basic Yiddish translation of each term. But what if he still doesn’t understand the points that are being made by the Gemara? Simple translation does not suffice. He needs to be able to say the same things in different ways, perhaps using analogies or more varied vocabulary, until clarity is achieved.

I was working with a Chassidic 15-year-old boy from London, England. During the evaluation he told me “Gemara is not for me. I have been studying it for the past 8 years. I can not get it. I am not cut out for it”. As we progressed with the session, it became apparent that even his spoken language skills, even in Yiddish, were very poor. He could not communicate well, whether writing or speaking, in either Yiddish or English. Lacking vocabulary made it very difficult for him to express himself, or comprehend complex ideas. I explained that the language of the gemara is very concise. Moreover, it is in Amaraic, yet a third language. To be successful in learning, a boy must have mastery of one target language. I advised him to pick one, then to study it well. Improving his language skills is the key to finding success in his learning.

I gave similar advice to Mrs. Zilber. If she chooses to keep them in a Chassidisch School she has to make sure they know Yiddish well. The more advanced their Yiddish skills, the better their grasp of the Torah will be. I would personally be inclined to recommend switching them to an English-speaking school, so that they can learn in their mother tongue, English. Without constantly flipping back and forth between the two target languages, more brainpower will be freed up for actually understanding the subject matter.

Learning in a language different from the mother tongue can also create kriah problems. As you will know already from my articles, kriah is a fundamental skill. Problems with Kriah rarely remain just that, they are at the root of almost all learning difficulties. When Hebrew is pronounced one way in the Yiddish-speaking school and heard very differently at home, confusion about how to read and pronounce words can set in. Students do not always make the connections between words, shorashim, and concepts learned in the two different contexts. Ideally, the pronunciation of words should remain consistent between school and home.

It should be noted, also, those language problems could be due to undetected hearing issues. Where these problems are pervasive (affecting more than one language), and persistent, it may be worth checking out hearing impairments.

Learning, understanding, and speaking multiple languages is a great asset. Even today there are many great rabbis well-versed in multiple languages. Learning languages, however, should never be conflated with learning Torah. The key to success in Torah learning is achieving clarity in Torah, which can only be done when learning in a target language over which the learner has mastery. If the student wants to know another language, such as Yiddish, it should be taught as a language subject for 45 minutes every day, working on speaking, writing, and grammar skills. Teaching Torah in a foreign language, hoping the student will pick it up as they go along, rarely succeeds. It usually results in poor language skills and poor Torah skills.

To see over 30 haskomos from Gedolim/Dayanim/Mechanchim and recommendations from parents/ students look at my website shaarhatulmud .com

Rabbi Abenson is the founder and director of ShaarHatalmud, a unique yeshivah-based online program, which incorporates learning all Kodesh subjects, from Kriah up to learning Gemara, Rishonim, and Shulchan Aruch. He also conducts evaluations, remediation, and training, and consults with school principals to improve students’ underdeveloped skills