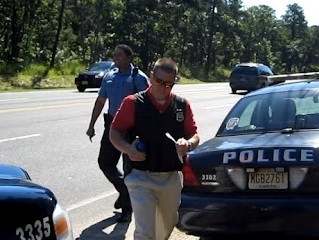 A Tent City resident was arrested yesterday after firing a BB Gun within the camp, police say. The resident, who was using the gun to fire at bottles at the camp, was a convicted felon, making it illegal for him to be in possession of the weapon.

When approached by police – who responded to the homeless camp following a complaint, the resident lied about being in possession of the weapon, but later gave it up, police said.

He was taken into custody and the weapon was confiscated, police say.