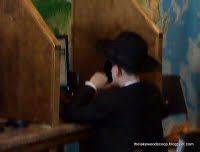 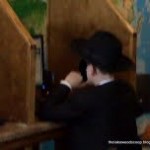 Teenagers who are addicted to the Internet are more likely to engage in self-harm behavior, according to an Australian-Chinese study. Researchers surveyed 1,618 adolescents aged 13 to 18 from China’s Guangdong province about behavior such as hitting themselves, pulling their own hair, or pinching or burning themselves, and gave them a test to gauge Internet addiction. Internet addiction has been classified as a mental health problem since the mid-1990s with symptoms similar to other addictions.

The test found that about 10 percent of the students surveyed were moderately addicted to the Internet, while less than one percent were severely addicted.

The students ranked as moderately addicted to the Internet were 2.4 times more likely to have self-injured one to five times in the past 6 months than students without an addiction, said Dr. Lawrence Lam from the University of Notre Dame Australia.

The moderately-to-severely addicted students were almost five times more likely than non-addicted students to have self-injured six or more times in the past 6 months, Lam and his colleagues from Guangzhou’s Sun Yat-Sen University reported.

“In recent years, with the greater availability of the Internet in most Asian countries, Internet addiction has become an increasing mental problem among adolescents,” the researchers said in their study published in the journal Injury Prevention.

“Many studies have reported associations between Internet addiction, psychiatric symptoms and depression among adolescents.”

They said their results suggested a “strong and significant” association between Internet addiction and self-injury in adolescence even after accounting for other variables previously associated with the behavior, including depression, family dissatisfaction, or stressful life events.

They said this suggested that Internet addiction is an independent risk factor for self-injurious behavior.

Experts interpret Internet addiction, among other things, as feelings of depression, nervousness, moodiness when not online, which only go away when the addict gets back online.

Fantasizing or being preoccupied about being online are other signs of Internet addiction.

“All these behaviors may be rooted in some common … factors that require further exploration,” they said. APP/Chinadaily.