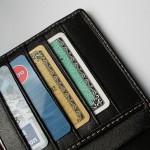 U.S. consumers will get long-awaited relief from some of the most costly and deceptive credit card tactics when the sweeping provisions of the Credit Card Accountability Responsibility and Disclosure Act of 2009 finally kick in Monday. The CARD Act, which President Obama signed May 22, dramatically changes the way card issuers can profit from plastic. Instead of arbitrary rate increases, exorbitant fees and murky calculations of interest charges, card companies must now be more transparent in establishing and disclosing the terms of their offerings, and, as a result, more prudent in the way they manage credit risk.

In response to the law, most issuers already have introduced a host of new fees and rate structures to recoup some of the revenue they will lose under the new rules. The changes will make credit not only harder to get, but also more expensive.

For example, 35 percent of the card offers mailed to U.S. households in the fourth quarter of last year carried annual fees. That’s the highest percentage in 10 years, according to the marketing research firm Synovate. Those offers had an average annual interest rate of 13.5 percent, the highest in five years.

The CARD Act won’t silence all consumer gripes about credit cards, but it will save cardholders billions of dollars and usher in, for many, a welcome new era of tougher industry scrutiny from lawmakers, regulators, consumer advocates and customers.

“What this says to the card industry is, ‘Look, Congress has reset the playing field. The rules of the game have changed. Some of these practices that we know were harming consumers have to stop,’ ” said Nick Bourke, the manager of the Safe Credit Cards Project at the Pew Charitable Trusts. “Now the ball goes back to the industry, and they have to decide how to evolve their product.”

The first phase of the law took effect last August. It required card issuers to provide 45 days’ notice on interest rate increases and that billing statements be mailed at least 21 days before their due dates in order for late fees to be applied.

The changes that will take effect Monday are much stronger. With the exception of cards that have variable interest rates, the new rules ban rate hikes on existing balances unless the cardholder is at least 60 days past due.

If delinquent cardholders pay on time for six straight months, the law requires that their higher penalty rates be lowered to their previous interest rates.

This will save cardholders at least $10 billion a year, according to Bourke. It’s the most important change for consumers because it bans a number of punitive rate hikes on existing balances, including the infamous “universal default,” in which a late payment on one account can trigger a rate increase on another one.

It’s important to note, however, that lenders can still impose universal defaults and other penalty rate increases on new purchases. The CARD Act exempts only existing balances from such increases.

The new rules also require that card payments above the minimum monthly amounts go toward balances with the highest interest rates. Consent from cardholders also is required before fees can be assessed on transactions that exceed cards’ credit limits. The law doesn’t affect fees for late payments, however.

The new law prohibits a practice called “double-cycle billing,” using the current and previous months’ balances to determine the finance charge. For people with prepaid credit cards, typically those with poor credit histories, the law also limits fees in the first year to no more than 25 percent of the starting credit limit.

Most cardholders already have seen the effects of the new law in their February statements, which now are required to show how much it will cost and how long it will take to pay off balances by making only the minimum monthly payments, as opposed to paying them off in three years. Statements also must provide contact information for credit counseling services. Star Ledger.