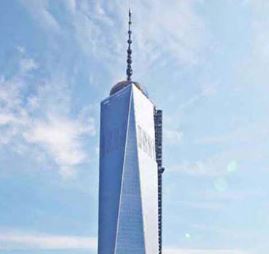 Backed by transportation, business and labor leaders, Senate President Stephen Sweeney (D-Gloucester) today called for the Port Authority to dedicate the billions of dollars raised from the eventual sale of the World Trade Center and other non-transportation-related real estate assets to help pay for construction of the Gateway rail tunnel.

“No project is more critical to New Jersey’s economy than the construction of a new rail tunnel,” Senator Sweeney said. “The existing 105-year-old rail tunnels were badly damaged by Sandy, and if one of them closes, it will devastate our economy.”

NJ Transit is already running at full capacity, no more trains can fit through the existing tunnels during peak commuter hours, and ridership demand is projected to double over the next 25 years.

“In order for New Jersey to grow and prosper economically, we must build this tunnel. No tunnel, no growth,“ said Senator Sweeney, adding, “Now that the Port Authority has rededicated itself to its principal mission of providing safe, efficient trans-Hudson transportation, I am calling on the agency to build this tunnel.”

Senate Majority Leader Loretta Weinberg (D-Bergen) pointed out that the Special Panel on the Future of the Port Authority appointed by New Jersey Gov. Chris Christie and New York Gov. Andrew Cuomo recommended in its December 2014 final report that the bistate agency sell the World Trade Center — on which the Port Authority spent $3.9 billion just to build the Freedom Tower — and other non-transportation-related real estate that has cost the agency another $500 million.

“It is vital that the Port Authority follow through on its stated commitment to return to its core transportation mission,” Weinberg said. “It was gratifying to see Port Authority Chairman John Degnan commit to making needed improvements to the long-neglected Port Authority Bus Terminal. But funding for the Gateway rail tunnel is not currently included in the Port Authority’s 10-year capital plan. The benefits of the project would be enormous, including finally bringing ‘one-seat’ rides to commuters on the Main, Bergen and Pascack Valley rail lines.”

Senate Budget Committee Chairman Paul Sarlo (D-Bergen) noted that the Port Authority originally dedicated $3 billion to the Access to the Region’s Core (ARC) rail tunnel project that Christie cancelled in 2010. The ARC tunnel was slated for completion in 2018, while Gateway is most likely on a 2025 completion schedule.

“As the bistate agency responsible for trans-Hudson transportation and one that is supported primarily by revenues from New Jersey motorists, rail and bus riders, the Port Authority is the logical entity to provide the New Jersey-New York match for federal dollars going into the Gateway Tunnel,” Sarlo said.

The Gateway Tunnel is Amtrak’s top capital construction priority, but before the rail agency asks Congress to put the project on the fast track, a local share commitment from New Jersey/New York is needed. The plan currently calls for New Jersey Transit to run 13 trains an hour through the Gateway tunnel during peak hours and Amtrak to run eight. NJ Transit runs 21 rush-hour trains through the two existing rail tunnels, while Amtrak runs three.

“New Jersey residents deserve a state-of-the-art transportation system that meets their needs,” Senate President Pro Tem Nia Gill (D-Essex) explained. “Should one of the current tunnels have to be closed before the Gateway tunnel is completed, commuters will be forced to experience great delays that would dramatically impact our economy and our residents. Without a new tunnel, the number of trains used by travelers would be reduced from 24 trains an hour during rush hour to just six.”

“The hundreds of thousands of displaced rail commuters would flood the already crowded PATH system, exacerbate overcrowding at the Port Authority Bus Terminal, and create monstrous daily traffic jams at the George Washington Bridge and the Lincoln and Holland tunnels,” Sweeney said. “Every single New Jersey commuter would be affected. And the impact on New Jersey’s economy would be shocking.”

Amtrak is already well underway with construction of the $185 million Hudson Yards concrete casement to preserve the only viable right-of-way for the future Gateway Tunnel into Penn Station. The tunnel’s $7.5 billion estimated cost makes up about half of the price tag of the full Gateway Project, which also includes:

Transportation advocates and labor and business leaders endorsed the plan to engage the Port Authority to provide local funds for the new rail tunnel.

“Hundreds of thousands of daily rail and bus riders endure subpar commutes across the Hudson River into Manhattan every day,” Janna Chernetz, the Tri-State Transportation Campaign’s Senior New Jersey Policy Analyst, noted. “Proceeds generated from Port Authority real estate transactions should be directed to trans-Hudson transit projects such as the Gateway Tunnel. Investing in this project will keep New Jersey’s economy strong and the Northeast corridor a vital economic engine for the country. We applaud Senate President Sweeney for prioritizing the needs of transit riders in the Port Authority’s mission and plans.”

Former Transportation Commissioner Jack Lettiere, who serves on the board of New Jersey Future, said the Sweeney initiative “will bring the Port Authority back to its core transportation mission. The economic benefit of a new trans-Hudson tunnel is worth more to the residents of both New York and New Jersey than the massive real estate development that was previously funded.”

William Mullen, President of the New Jersey Building and Construction Trades Council, said launching construction of a new rail tunnel as quickly as possible is critical to our economy.

“The men and women of the building trades have been working hard to patch those 105-year-old rail tunnels that were so badly damaged by Sandy, but we all know we need a long-term solution to expand rail capacity,” Mullen said.

“New Jersey is a logistics state and our economy’s long-term success hinges on the ability to move and link growing numbers of goods and people,” said Michael McGuinness, Chief Executive Officer of the National Association of Industrial and Office Parks of New Jersey. “This critical infrastructure investment will also enhance property values and boost economic growth in hundreds of communities in New Jersey. For these reasons, NAIOP NJ joins Senate President Sweeney in calling for this dedication of funds.”

Martin Robins, the dean of New Jersey transportation policy experts, agreed. “The proposal to dedicate the Port Authority’s proceeds from future sales of its real estate holdings toward supplying the local share of the Gateway Tunnel is sound public policy, and Senate President Sweeney deserves praise for advocating it,” Robins said.

Robins noted that “the bulk of the local contribution to Gateway may not be needed for several years and will be stretched out over at least a decade. The flow of funds could mesh with the projected pace of projected Port Authority real estate asset sales and the need to ensure that the Port Authority receives maximum value for its assets.”

Cathleen Lewis, regional director of public affairs and government relations for AAA in New Jersey, said: “Dedicating sales proceeds from Port Authority real estate projects is a good first step in ensuring toll payer dollars are being used as intended to support critical infrastructure projects. The Gateway Tunnel stands out as an absolute necessity for commuters and for the economy of New York, New Jersey and the entire East Coast.”