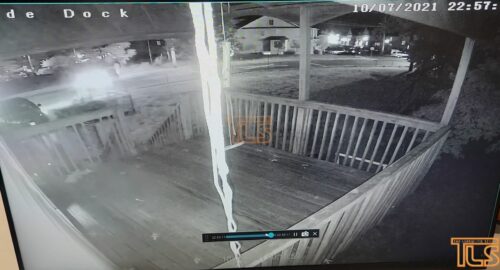 As first reported last night on TLS Status, a driver was arrested after crashing into a Lakewood backyard last night.

The accident happened on Second Street at Park Avenue around 10:30 PM.

Surveillance video shows the driver heading down Second Street when it suddenly spun off the road and into a backyard.

Patient unresponsive after crashing through a fence in Lakewood – possibly due to an overdose. Narcan being administered. pic.twitter.com/eUwC7Xo4ie