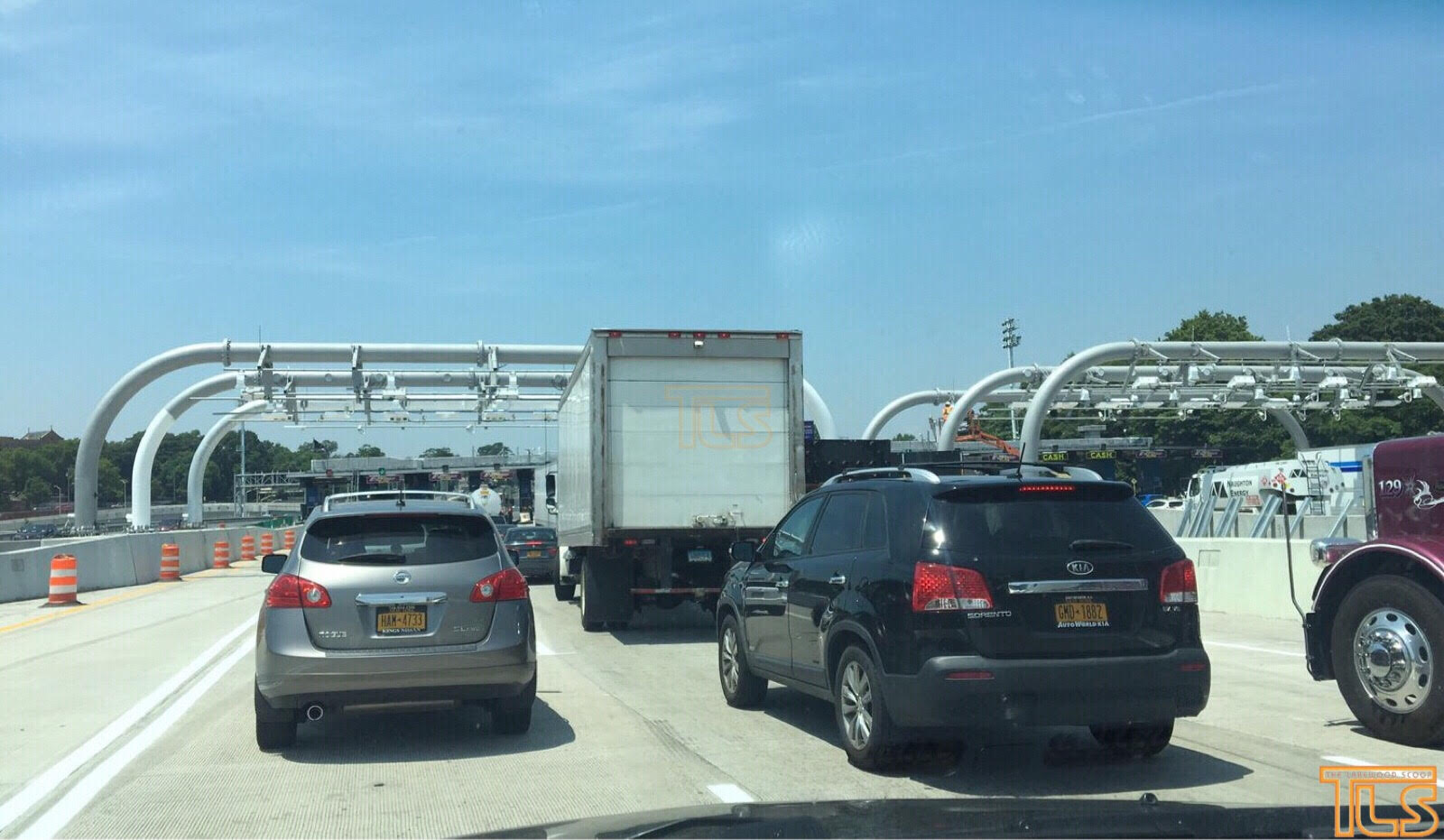 The Port Authority of New York and New Jersey announced today that the agency’s final vehicular crossing to upgrade to a new state-of-the-art tolling system will utilize the automatic all-cashless toll collection system starting Sunday, December 11. The last of the agency’s cash toll booths will be deactivated at the Lincoln Tunnel early that morning.

The newly installed modernized toll collection system will collect payment either via E-ZPass or by capturing license plate information to enable payment by mail for non-E-ZPass customers, eliminating the need for cash toll collection at booths or requiring motorists to drive through toll lanes that forced merging and frequently caused traffic slowdowns or accidents. Overhead gantries will now collect all needed information for both E-ZPass and Toll-By-Mail customers. The agency previously completed the transition to all-electronic tolling at the George Washington Bridge in July, the Holland Tunnel in 2020, and all three Staten Island bridges in 2019.

Activation of the new toll system at the Lincoln Tunnel completes a multi-year $500 million capital project to upgrade the toll collection system at all six agency crossings to a fully cashless 21st century system similar to ones using overhead gantries that have been implemented on modern highway networks around the world.

The upgrade was particularly critical as new toll technology has proven to surpass the accuracy and customer service benefits provided by the current tolling system, which was installed in the late 1990s. Additionally, motorists are expected to save 1.3 million gallons of fuel a year and help reduce 11,500 metric tons of carbon dioxide annually with the elimination toll lanes and toll booths.

“Toll booths have served us well in the past when toll collection required someone to accept coins or tickets in exchange for passage, but at some point, nostalgia must make way for advances in technology that improve our lives – which for many of us in this region revolve around our daily commutes,” said Port Authority Chairman Kevin O’Toole. “The deactivation of the Port Authority’s last toll booths and upgrade to a cashless electronic system is not just a sentimental footnote in the timeline of our legacy bridges and tunnels, but a key milestone in our agency’s stewardship of the bistate region’s critical infrastructure.”

“With the activation of this new 21st century tolling system at the Lincoln Tunnel, all of the Port Authority’s bridges and tunnels will utilize best-in-class toll payment technology in line with the modern-day conveniences of digital financial transactions and customer service,” Port Authority Executive Director Rick Cotton said. “This upgrade is a win-win for all drivers who use our crossings by cutting precious minutes from daily commutes, by reducing vehicle accidents in toll lanes, and by decreasing emissions from vehicles waiting in line to pay cash at toll booths.”

Since the modern cashless tolling system was implemented at the Bayonne and Goethals bridges and the Outerbridge Crossing, vehicular accidents in the former toll areas at those facilities declined by 70 percent. The Port Authority expects similar traffic safety improvements at its three Hudson River crossings, particularly as the agency continues to see a return to pre-pandemic vehicular traffic levels. More than 3.4 million vehicles used the Lincoln Tunnel in July 2022, similar to its traffic levels in July 2019.

New toll gantries that house the collection equipment for vehicle toll information, and other related infrastructure such as new concrete pavement, were installed at the Lincoln Tunnel in November 2021, while technology installation and testing was completed over the course of the past year. Similar to other crossings, the agency’s toll collectors at the Lincoln Tunnel will be reassigned to other Port Authority positions should they wish to continue working for the agency.

Once the upgraded system is activated, E-ZPass users will not notice any difference in the way tolls are billed, though customer service and toll resolution will improve substantially as the new state-of-the-art equipment provides more accurate and timely bill processing. Drivers without an E-ZPass account will have images of their license plate captured by overhead cameras, and a bill for the toll amount will then be sent by mail.