Submitted: We Were Recently Involved In An Accident, Here’s What We Learned [Surveillance Video] 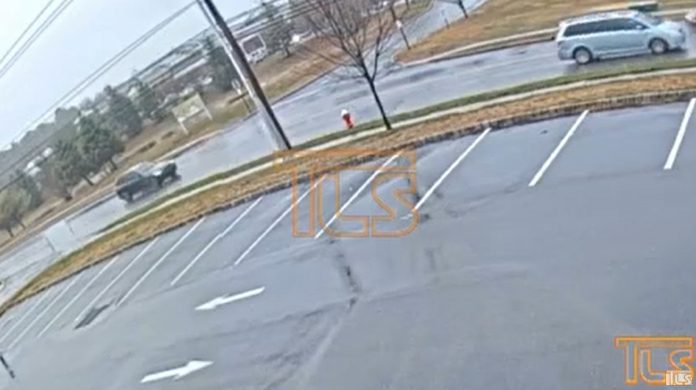 We were recently involved in a car accident, and upon reviewing the video footage, the other car clearly didn’t notice ours. So I did some research on car color visibility and unsurprisingly, like pedestrian clothing, some cars are indeed more visible than others. Once you start paying attention to it on the road it becomes evident, even for kids!

According to Monash University’s Accident Research Centre, white cars are 12 percent less likely to get into an accident than black cars are, regardless of the time of day. Cream, gold, yellow (think school buses, yellow cabs), champagne and beige cars also ranked closely behind white.

The difference between light-colored and dark-colored cars is pretty intuitive: Light-colored cars are easier to see. This is certainly true at night when it’s dark outside, but even in daylight, darker-colored cars or silver cars have less contrast with the road. The better other drivers are able to see you, the more likely they are to hit the brakes before it’s too late. By the way, if you own any of these types of cars, you’re at a greater risk of having your car stolen. That being said, car color doesn’t affect insurance rates.

A 12 percent difference is not nothing, of course, but keep in mind that many, many other factors play a far bigger role in car accidents, such as the quality of your and others’ driving, visibility, the weather conditions, and the condition your car is in. So if you’re suddenly nervous about getting a black car, just keep in mind that it’s not immediately destined to be accident-prone. Make sure you’re being as safe a driver as possible, no matter what color car you have.

Although white is the most visible, other color considerations are, how they reflect the sun (interior heat), hide the road dirt, depreciate over time (resale value), and as stated above risk of being stolen. So if you want to take everything into consideration, you may want to buy or lease a car that comes in some tone or shade of light brown such as beige, champagne or tan. Your choice!