Lakewood Storm Was Not A Blizzard 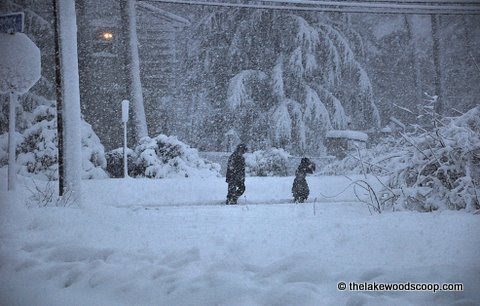 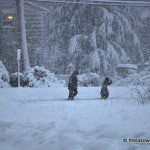 Officially, it appears that this week’s major winter storm was not a blizzard in Monmouth and Ocean counties, according to a National Weather Service meteorologist. The weather service had issued a blizzard warning for much of New Jersey. The qualify as a blizzard, conditions over at least a three-hour period must include sustained winds or frequent gusts of at least 35 mph and visibility below a quarter-mile with snow falling or blowing snow, according to Kristin Kline, a meteorologist in the weather service’s Mount Holly office.  “It’s kind of difficult to meet that criteria,” Kline said.

“At this time, we’re still sort of evaluating our storm data,” she said. “At this time, really the only area that seems to have verified for blizzard conditions was portions of Delaware and the eastern shore of Maryland, so really, any counties that we had … under a blizzard warning in New Jersey – it really doesn’t look like it verifies at this time.” APP