Statement from Agudah on passing of Shimon Peres 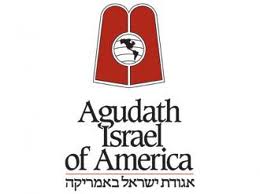 Agudath Israel of America notes with sadness the passing of Shimon Peres, former Prime Minister and President of the state of Israel, at the age of 93.

Throughout his long political career, Shimon Peres displayed great respect for the Orthodox Jewish community and its rabbinic leaders. Mr. Peres repeatedly defended the religious status quo against those who sought to undermine the Jewish character of Israel. On a personal level, he enjoyed a warm relationship with a number of charedi and dati leaders and activists.

On one of his last trips to Israel, the late president of Agudath Israel, Rabbi Moshe Sherer, met with then Prime Minister Peres and praised him for his strong support of maintaining the unity of the Jewish people by standing firm in support of the religious status quo.

Agudath Israel extends its deep sympathies and sincere condolences to the Peres family.

HaMakom yenachem osam b’soch she’ar aveilei Tzion v’Yrushalayim – may Hashem comfort them among the mourners of Tzion and Yerushalayim.