Speeding, Handheld Cellphone Use Most Prevalent of Bad Behaviors behind the Wheel 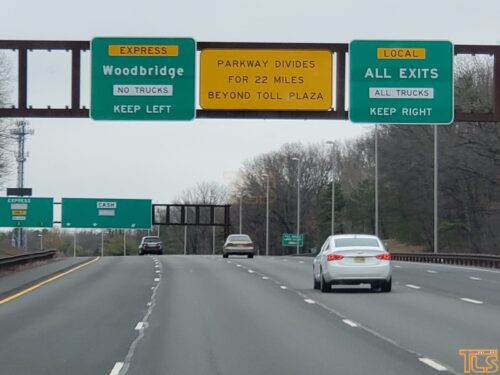 As fatalities on our nation’s roadways continue to rise at a disturbing rate, a new AAA survey indicates that there has been a decline in unsafe driving behaviors, but speeding and handheld cellphone use remain stubbornly high putting all motorists and pedestrians at risk.

In responding to the annual survey by the AAA Foundation for Traffic Safety, drivers self-reported engaging less frequently in all unsafe behaviors including red-light running, drowsy driving and driving while impaired on cannabis or alcohol.  However, nearly half of drivers surveyed admitted to speeding in the last 30 days – and didn’t think they’d ever be caught by police.  More than a third of those surveyed felt the same way about holding or talking on a cell phone while driving.

The survey did not address whether changes in lifestyle brought on by the pandemic contributed to the reported changes in driving behaviors for better or worse.

“Whatever the reason, it is encouraging to see a reduction in some unsafe behaviors but still troubling to see others persist,” says Tracy Noble, spokesperson for AAA Mid-Atlantic. “The ultimate goal is to see the majority of drivers form safe driving habits and practice them whenever they’re on the road.”

According to the survey, all risky behaviors have declined, to some extent, over the past three years but the increase in fatalities illustrates that there remains room for improvement across the board. As more Americans return to the daily commute, AAA reminds all motorists to practice safe driving behaviors by focusing on the task of driving, keeping their eyes on the road and hands on the wheel.

The new data are from the AAA Foundation’s annual Traffic Safety Culture Index (TSCI), highlighting the gap between drivers’ attitudes and reported behaviors. The following shows some of the improvements in unsafe driving behaviors from 2018 to 2020.

* indicates a change is statistically significant at the 95% confidence level

While fewer Americans took to the roads in 2020 due to the pandemic, those that did appeared to take greater risks. The National Highway Traffic Safety Administration (NHTSA) found that an estimated 38,680 people died in motor vehicle traffic crashes—an increase of 7.2% and the largest number of fatalities since 2007. And, the numbers for 2021 look even worse, as NHTSA estimates 8,730 people died in motor vehicle traffic crashes in the first three months of the year.

While the reasons for this increase are being studied, the AAA Foundation’s TSCI reveals some areas of admitted driving behavior that remain disturbingly high, despite declining since 2018: speeding and using a cell phone. Unfortunately, drivers who participated in the TSCI survey admit to risky driving behaviors despite knowing that loved ones, family or friends would strongly disapprove. Cell phone use is one such area where perception and behavior do not match.

The proportion of people who believe people who are important to them would somewhat or completely disapprove of the following distracted driving behaviors, which shows that these behaviors are becoming more socially unacceptable

* indicates a change is statistically significant at the 95% confidence level.

“While we are seeing positive trends in safer driving behaviors, it’s not quite time to declare victory,” said Jake Nelson, AAA’s director of traffic safety advocacy and research. “Downward trends in self-reported impaired driving, red-light running, and drowsy driving is the kind of progress we need to curb the recent spikes in traffic fatalities.  The self-reported speeding and cellphone use are major concerns – we can do better.”

AAA recommends these safety tips to keep in mind:

The annual TSCI identifies attitudes and behaviors related to traffic safety. The survey data are from a sample of more than 2,800 licensed drivers ages 16 or older who reported driving in the 30 days before the survey, which was administered between October 23 and November 23, 2020. The AAA Foundation issued its first TSCI in 2008, and the latest report is online: AAAFoundation.org