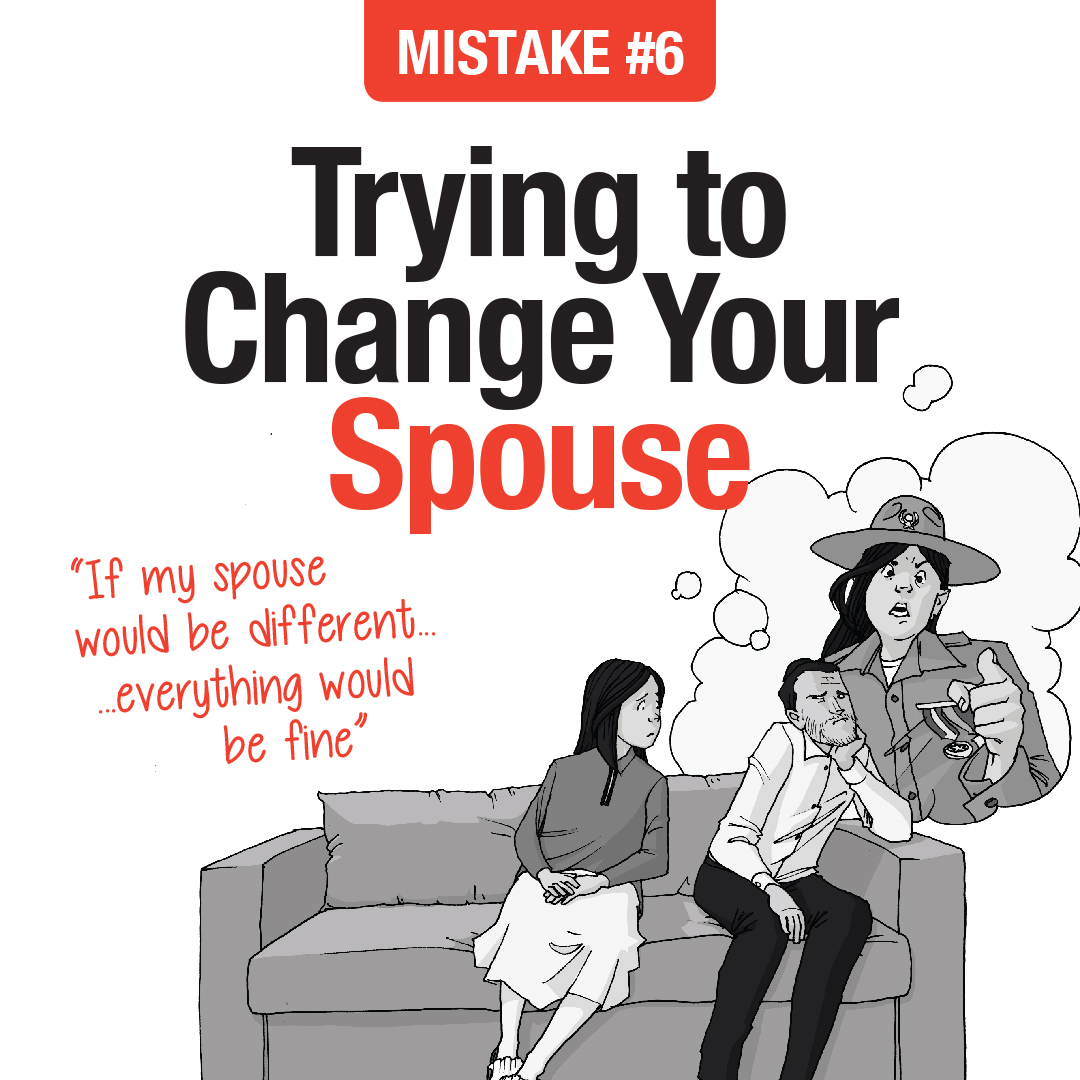 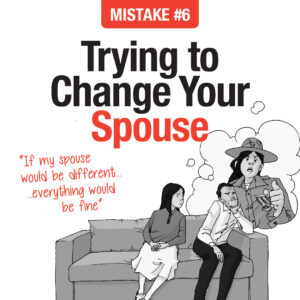 A couple came to me. They had been married for many years. Their marriage was okay, the wife reported, but he has an annoying habit that drives her crazy—he doesn’t clean up after himself.

I said to her, “As you mentioned, this isn’t the first time that you asked your husband to pick up his socks. In the past, when you asked, did it help?”

“I see,” I said. “And I would imagine that you might have mentioned it a few times after that.”

“And a few times after that?”

“And he still didn’t change his ways?”

“No. That’s the most frustrating part. He just won’t change.”

“Okay. Is he considerate?”

“Does he help you around the house?”

“So why doesn’t he pick up his socks?”

I let the silence hang there for a while and then I said, “I’m sorry to be the bearer of bad news, but he may never change. Some people have great skills in one area, but they’re sloppy. Other people are very neat, but they’re incompetent in other areas. If you have been trying and trying to get him to change and you’re not getting anywhere, this might be one of those situations where you have to face the fact that he’s not going to change. And then the question becomes, what do you do?”

I have a simple answer to that.

A man once asked me for advice. He’s happily married, loves his wife, but when she had their first child, she put on a little weight. Not long after that she had their second child. Again, she put on some weight. She never got back to her pre-birth weight after the first child, so these extra few pounds were in addition to the extra pounds after the first child. Then she had a third child. They are now married seven years and his wife is 40 pounds heavier than when they met. She’s not obese—but it bothers him.

“Rabbi, you have to understand,” he explained. “I’m a doctor. I work in a hospital, I’m around young nurses all the time, and they are trim and fit. I don’t want to look at them, but it’s very hard. I offered my wife anything she wanted to help her lose weight. I offered to pay for a private trainer. I offered to pay for a dietitian. She’s just not willing. What should I do?”

“Young man,” I replied, “you have a choice to make. Either embrace her as she is or suffer.”

“Believe me,” I said, “I’m sure she would like to lose that weight. I don’t know of a woman who looks in the mirror, sees that she is forty pounds overweight and says, ‘That’s great! Just what I always wished for.’ You can be sure that it bothers her. But right now, she can’t do anything about it. Do you know why? Because change is very difficult.”

You might think, What’s so hard? She can join Weight Watchers and stick to the diet. She can learn to eat nutritionally balanced meals and snacks; she won’t go hungry. What’s so difficult?

The answer is that change is difficult. Changing your eating habits is hard. Sticking to a diet is hard. And many times there are just too many things going on in life for a person to take on a new set of obligations. One of the basic realities of life is that while your spouse has many strengths and talents, they also have weaknesses and shortcomings.

To women I say, just as changing your issues isn’t simple, it’s the same for your husband. If a husband imposes on his wife to be skinnier, neater, or whatever, he’s going to pay the price. His words aren’t going to be received as words of love. Every time he points it out, he’s damaging the relationship. The same thing happens when women try to change men.

But I’m right. He does need to change.

Yes, you are right. But you have a choice to make. You can be right, or you can be happily married—you’re not going to get both. If you’ve tried and tried and it hasn’t helped until now, then this issue is unlikely to change. It’s up to you whether you accept that reality or pay the bitter price of damaging your relationship.