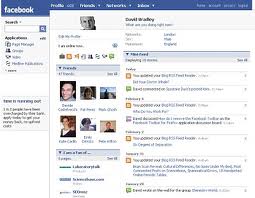 By Ron Benvenisti. Facebook proves to be incredibly dangerous to the safety of undercover police officers. Facial recognition and “photo tagging” put officers right in the crosshairs of the criminal entities they are trying to and already infiltrated. But don’t just take my word for it, even though I’ve been there on many cases in NYC as Special Investigator and Manager of Citywide Information Security: This is the finding of adjunct professor at ANU and Charles Sturt University in Australia. This is an international problem.

Former Australian Federal Police (AFP) commissioner Mick Keelty says that because of new converging technologies (like biometrics, for example) undercover policing may be “impossible” in the near future.

There are already significant safety risks for undercover policing when officers can be identified online. Commissioner Keelty comments on the complexity and sheer time it takes to place undercover police using conventional methods.

“You can’t just immerse an officer into a crime group; it takes up to seven years to get them into the right place [in the gang] where they can feed back the intelligence that you need,” Keelty said.

“Then there is the cost of doing that such as when law enforcement agencies target gangs or when governments across the world have entered into agreements to place critical witnesses in prosecution matters in different parts of the world to hide them.”

It’s time for police and security agencies to assess their policies with regards to the implications of social networking for their covert operations. Why is that?

In a survey taken of police and security agencies from December 2010 to February 2011, the results show that 90 per cent of female officers and 81 per cent of males were using social media exposing personal information including photos of themselves.

The most popular site was Facebook, with Twitter coming in second. 47 per cent of officers surveyed used social networking sites daily with 24 per cent using them weekly. All respondents who were aged 26 years or younger uploaded their photos onto the internet. What’s the age got to do with it?

The results mean that today’s 16 year-olds who might become officers in the future have already been exposed. Once it’s uploaded, it’s there forever.

85 per cent had their photos uploaded on to the internet by another person! Or so they say.

42 percent of respondents said it would be possible to identify their relationships with other people, including family and friends.

Someone in law enforcement who needs to preserve their anonymity for whatever reason, even if they remove their photos and other identifying info can easily be found through other relationships to find them.

Policy guidelines within local, state and federal police agencies need to address this right away to protect all their officers, not just those working undercover assignments.