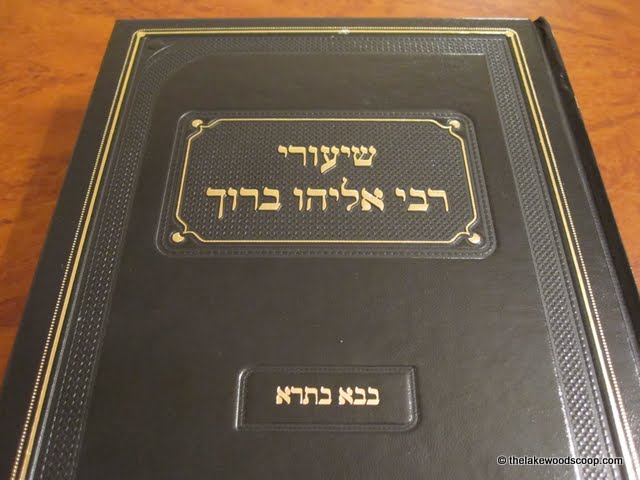 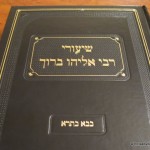 PHOTO: Attached is a photo of the Shiurei Reb Elya Baruch Finkel Zatzal on Bava Basra, which has just arrived in the States. The Sefer, dedicated by the hundreds of his Talmidim who have joined the ‘Machon Kisvei R’ Elya Baruch’, is the second Sefer to be released from the MIR Magid Shiur, since his sudden passing.

The first Sefer to be published, was on Sefer Kedushin, publsihed just before his third Yahrtzeit.

The cost of the production was approximately $35,000, some of which is still outstanding.

The Sefer will be available in stores in the coming weeks.