Shemitah in the Headlines: Hashem Proclaims, “Do Not Destroy Anything! Be a Mentsch!” 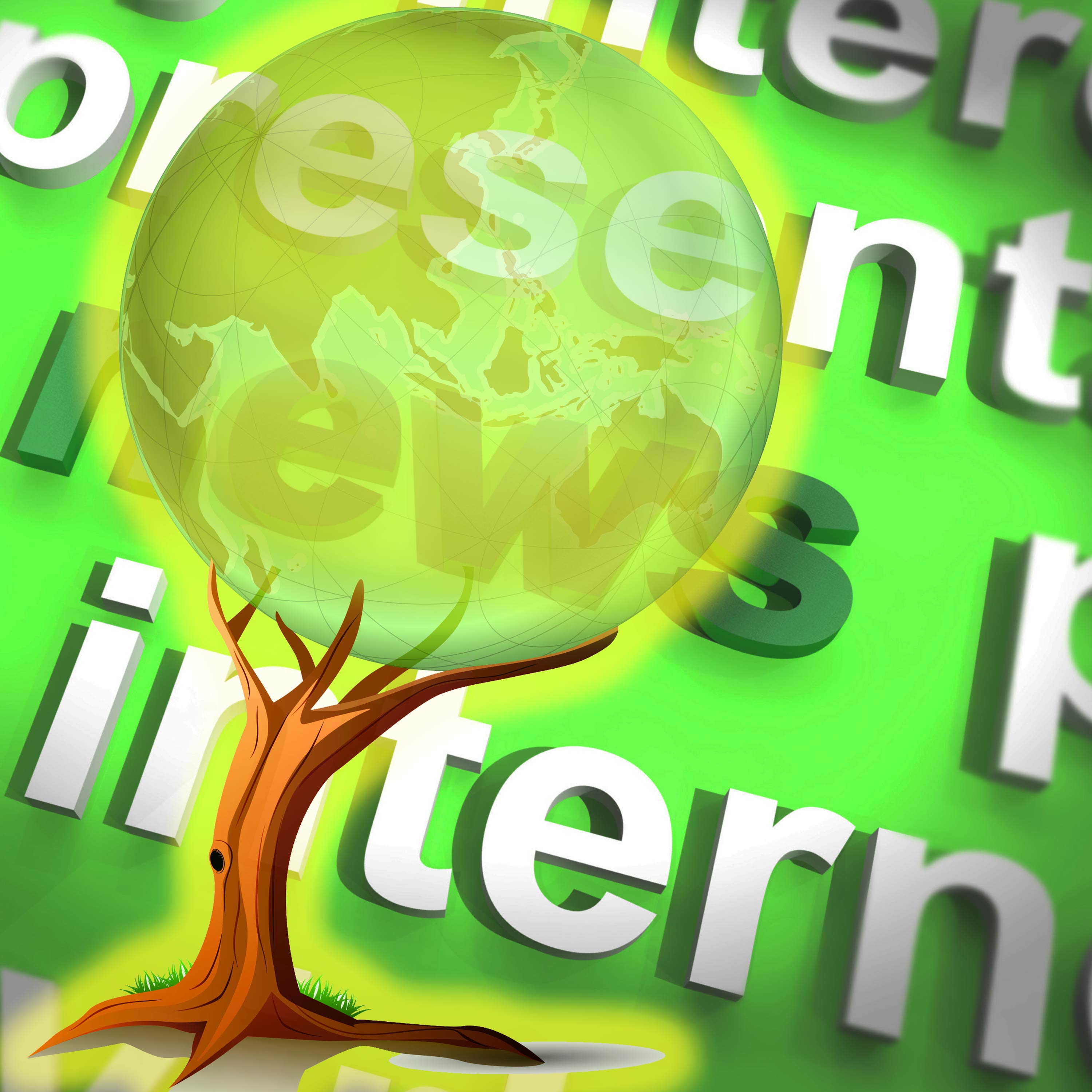 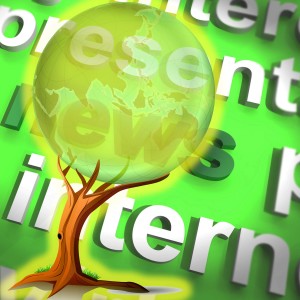 By Ron Benvenisti. Background: Shemitah is the Biblically mandated ‘Sabbatical Year’ of rest and release, when agriculture and commerce were simultaneously re-adjusted to enable a more equitable, just and healthy society, economy and environment.

“Six years you shall sow your land and gather in its yield; but in the seventh year, you shall let it rest and lie fallow. Let the needy among your people eat of it, and what they leave, let the wild beasts eat of it. You shall do the same with your vineyards and olive groves.” Shemot (Exodus) 23.10-11

The Gemara reasons, “The Holy One, blessed be Hashem, said to the children of Israel, “Sow for six years and leave the land at rest for the seventh year, so that you may know that the land is Mine!” (Sanhedrin, Page 39a)

So important is this Mitzvah of Shemitah that the last appeal made by Rav Samson Raphael Hirsch, just days before his passing,  was directed to those farmers who refused to abide by the Mitzvah of Shemitah but rather fully observe the prohibitions of Shemitah. Rav Hirsch explains that the through the seven year cycle of Shemitah Torah is attempting to create an economic equality between all of Bnei Yisrael.  The culmination of the Shemitah cycle in the Yovel (Jubilee) year is to ensure that an economic balance is always kept among Bnei Yisrael.

The Ramban gives an answer that supports Rav Hirsch’s explanation.  He says that a person will only sell his house if he has become extremely impoverished.  The person who sells the house will be extremely embarrassed to be forced to sell his house merely in order to live.  Therefore, the Torah sets a limit on the time that the seller has to buy back the house.  This is meant to encourage him to buy back the house and regain his pride.  Ultimately, the point of selling land is to help one’s financial situation, but the Torah is mandating that even this should not take an emotional toll on a person. The Torah considers a person’s self‑worth to be more important than a person’s financial worth.  In Horeb #56, Rav Hirsch states, and I take the liberty to paraphrase to underscore the point, “if you should regard the beings beneath you (including plants and insects) as objects without rights, not perceiving God who created them, and therefore desire that they feel the might of your presumptuous mood… then G-d’s call proclaims to you, “Do not destroy anything! Be a mentsch!” How much more so should we not deny the rights of our fellow man including destroying their feelings of self-worth?

If we keep Hashem’s laws we will be given blessings and bounty, and if we transgress those laws we will suffer and be exiled. Hashem is telling us that our physical reality is not just nature but a manifestation of divine will, (Hashgacha Pratis).  Based on this concept, Rav Hirsch points out,” The pasuk says that if we keep Hashem’s laws, He will give us our rain”. Rav Hirsch asks why it is called “our rain” shouldn’t it have been referred to as just plain “rain”?  He answers that it’s called “our rain” because it is dependent on us. We cause the rain to fall or be withheld based on our actions.

And Now- The Headlines

On October 9 the Wall Street Journal’s Markets Headline: U.S. Stocks Tumble as Volatility Returns: Dow Drops More Than 300 Points; ‘A Lot of Frustration, Confusion’. This was the Dow Jones Industrial Average’s largest loss of the year. U.S. stocks have gyrated this week as fears over a global slowdown battled with hopes of prolonged stimulus by the world’s central banks. The market lost another 449 points over a two-day period, Oct. 9-10, coinciding with first day of Sukkoth.

Billionaire investors like Warren Buffet, Marc Faber, Donald Trump, Peter Schiff and others have all made statements recently that they see a major market correction coming and that it could be worse than 2008. Faber warns of “massive wealth destruction” coming to America in which he predicts “well-to-do people will lose up to 50 percent of their wealth.”

The wakeup call of Shemitah is not limited to the financial realm:

On the first day of the Shemitah year, September 25th, 2014; (Tishrei 1, 5775) Rosh Hashanah, the first case of Ebola was diagnosed in the United States. Thomas Eric Duncan checked into a hospital in Dallas, Texas. Duncan died on Oct. 8. May Hashem protect us.

Let’s go back to the last two cycles:

The Economist reported that the collapse of Lehman Brothers, a sprawling global bank, in September 2008 – almost brought down the world’s financial system. It took huge taxpayer-financed bail-outs to shore up the industry. Start with the folly of the financiers. The crisis saw a flood of irresponsible mortgage lending in America. Loans were doled out to “subprime” borrowers with poor credit histories who struggled to repay them.

Let’s reiterate the Ramban and Rav Hirsch: A person will only sell his house if he has become extremely impoverished.  The person who sells the house will be extremely embarrassed to be forced to sell his house merely in order to live.  Therefore, the Torah sets a limit on the time that the seller has to buy back the house.  This is meant to encourage him to buy back the house and regain his pride. Not foreclosed upon.

“In October 2008, credit flows froze, lender confidence dropped, and one after another the economies of countries around the world dipped toward recession. The crisis exposed fundamental weaknesses in financial systems worldwide, and despite coordinated easing of monetary policy by governments and trillions of dollars in intervention by governments and the International Monetary Fund, the crisis continues”. According to Forbes, “Despite the significant decrease in the official U.S. Bureau of Labor Statistics (BLS) unemployment rate, the real unemployment rate is over double that at 12.6%”.

“A secular Israeli farmer in the northern city of Tiberius, whose chief produce is bananas, decided that he would undertake to keep Shemitah this year. When he approached Keren HaShviis for assistance, they stipulated that they would register him in their program only if he would also undertake to be Shomer Shabbos throughout the Shemitah year. When he agreed, Keren HaShviis agreed to cover his farming expenses. In return, all of his produce became the property of the Jewish Court Treasury, to be distributed in full accordance with Jewish law.

“Israel has suffered a significant cold spell over the past 2 to 3 weeks which has caused significant damage to its banana crop. When bananas are still growing and get hit with frost, they turn brown and become rock-solid.

“The banana farmer realized that he would incur significant losses because of the relentless cold. He began to receive calls from neighboring farmers, complaining bitterly that their entire banana crop had been destroyed by the frost.

“When he went to inspect the orchards, he was shocked by the extent of the damage. Not a single fruit had survived; no tree was spared. Yet, when he arrived at his orchard, he was awestruck! ALL of his bananas were yellow and green; it was as if his orchard was subject to a different climate. His orchard bordered those of his neighbors, but not a single tree of his was affected by the frost. He immediately called his contacts at Keren HaShviis and yelled into the phone, “Karah Nes! Karah Nes! – A miracle occurred! A miracle occurred!”

According to About.com, the recession of 2001 was caused by irrational exuberance in high tech. In 1999, there was an economic boom in computer and software sales caused by the Y2K scare. Many companies and individuals bought new computer systems to make sure their software was Y2K compliant. This meant that the operating code would be able to understand the difference between 2000 and 1900, since many fields within that code only had two spaces, not the four needed to fully differentiate the two dates. As a result, the stock price of many high tech companies started to increase. This led to a lot of investors’ money going to any kind of high tech company, whether they were showing profits or not. The exuberance for dot.com companies became irrational.

It became apparent in January 2000 that computer orders were going to decline, since the shelf life of most computers is about two years, and companies had just bought all the equipment they would need. This led to a stock-market sell-off in March 2000. As stock prices declined, so did the value of the dot.com companies, and many went bankrupt.

In the beginning of Shemitah 2000-2001, there was a sudden dramatic downturn of US production. Its culmination came in the second week of September, 2001, the week that saw the calamity of 9/11 and the greatest stock market collapse in history to that date.

Shemitah serves to testify that Hashem rules the land. We can, therefore, let the land lie fallow and still expect plenty to eat. This is testimony to Hashem’s kingship. The land’s blessing is ultimately contingent upon our spiritual level and not the amount of physical labor or financial machinations we do. The exile from Eretz Yisrael is a direct result of the failure to accept Hashem’s kingship over the world. This is why the years of galus correspond to the number of Shemitah years Klal Yisrael violated. According to Rav Hirsch, this concept is the key to a deeper understanding of the verse which describes Eretz Yisrael, devoid of its inhabitants, during the period of exile:  “Then the land will rest and it will be appeased for its Shemitah”. Shemitah was supposed to demonstrate Hashem’s Hashgacha. Now instead the exile will reveal that Hashgacha and not that of the UN, the IMF, the CDC or any military or political power. The world will see what happens to Hashem’s land when Klal Yisrael doesn’t listen to the Torah. The land is appeased because its message is still going forth it remains the place where Hashem’s rule of the world is revealed although now in a way that’s to our detriment. R’L.

The Meshech Chochmah elaborates on our obligations to recognize Hashem in nature. “There is no such thing as nature. Rather, everything is a miracle.”  Rain is not just a natural phenomenon. Furthermore he states, “This is why someone who recites Ashrei (Psalm 145) three times a day is guaranteed a place in the world to come. Ashrei conveys the recognition of Hashem in nature. This realization is a key aspect of our avoda”.  In the words of the Ramban: “We were created to recognize our G-d”. We must perceive Hashem in everything.

In Horeb #56, Rav Hirsch states, and I take the liberty to paraphrase again to underscore the point, “if you should regard beings as being beneath you (employees, investors, constituents) as objects without rights, not perceiving God who created them, and therefore desire that they feel the might of your presumptuous moods, respect, power and greed… then G-d’s call proclaims to you, “Do not destroy anything! Be a mentsch!”