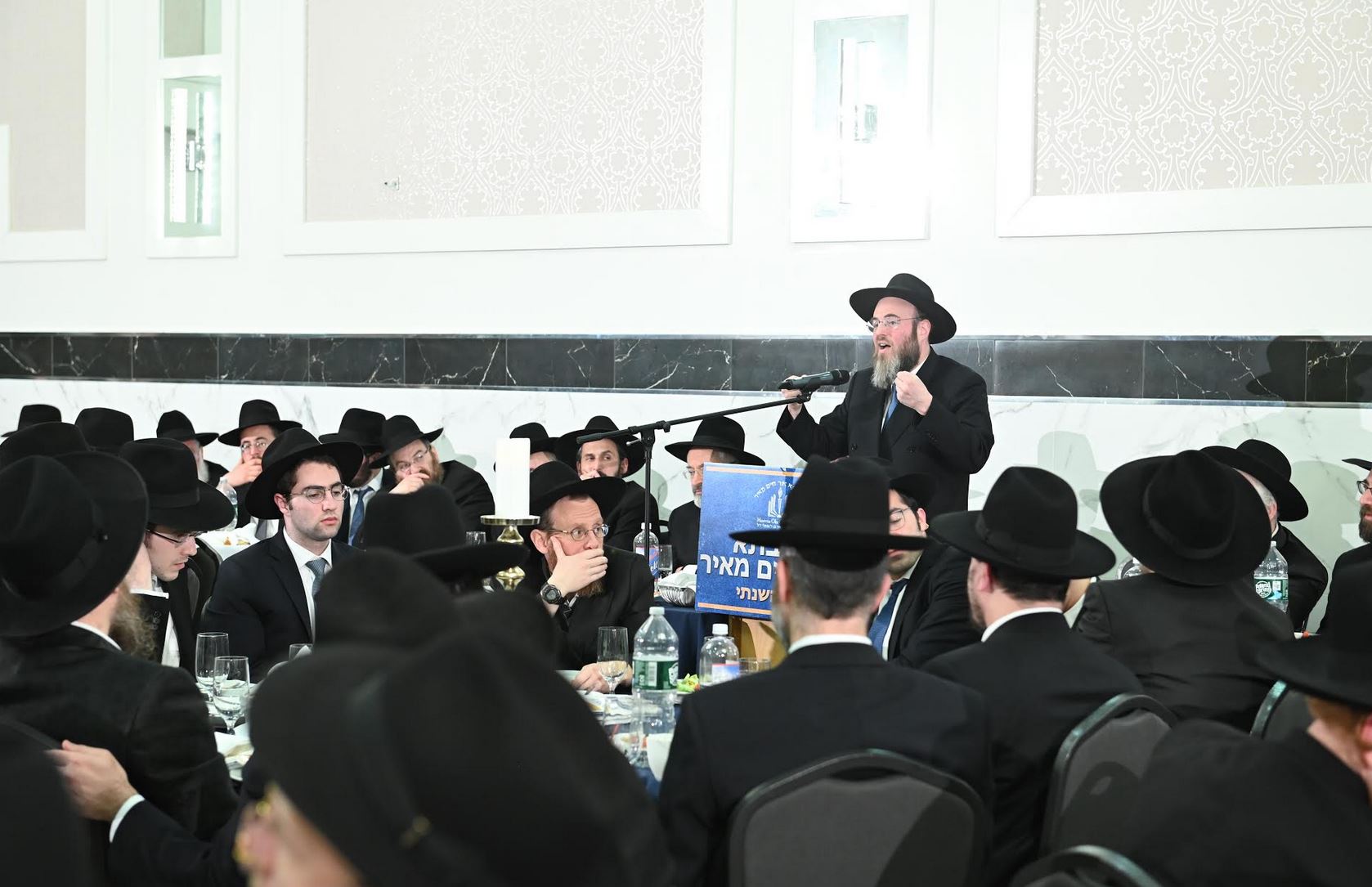 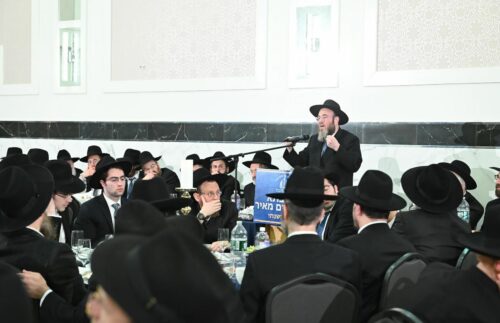 Reb Sruly Singer, Master of Ceremonies, shared his thoughts as to how the Mesivta has risen to such prominence in the Olam HaTorah within such a relatively short period of time. “Mesivta Ohr Chaim Meir takes cheder yinglach and helps them develop into an army of bnei Torah,” said Reb Sruly. “When you see a talmid of Ohr Chaim Meir, you can see his dignity and humility.” Reb Sruly spoke passionately about his longtime friendship with the Rosh Yeshiva, Rav Shimon Friedman shlit”a, whose ahavas haTorah and varmkeit sets the tone for the entire Mosad.

A video presentation was shown, highlighting in vivid color the geshmak that talmidim have in learning, as well as the vibrant and uplifting atmosphere that permeates Mesivta each day. Just several weeks ago, the Mesivta celebrated a majestic Siyum when a substantial segment of talmidim were voluntarily mesayeim Maseches Bava Kamma. 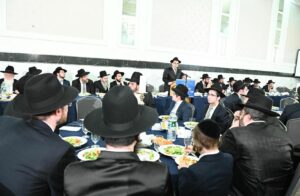 In what has already become “tradition” at Mesivta Ohr Chaim Meir, several fathers of talmidim were honored at the dinner. These fathers serve as respected marbitzei Torah in local Mosdos. This year’s honorees were: Rabbi Yaakov Dovid Basch, Lakewood Cheder; Rabbi Chesky Solomon, Eitz Chaim; Rabbi Mordechai Borchardt, Ohr HaTorah; and Rabbi Aaron Meir Quinn, Yeshiva K’Tana. Indeed, year after year, Lakewood talmidei chachamim who live and breathe chinuch choose Mesivta Ohr Chaim for their own sons. Can there be a greater testament to the Mesivta’s chinuch than that?

The Rosh Yeshiva, Rav Friedman, concluded the program with a passionate derasha, highlighting the chinuch that talmidim enjoy in Mesivta. Rav Friedman noted that the eight year milestone symbolizes “shelo k’derech hateva,” the supernatural hatzalcha that Mesivta has seen be”H. “People always ask me, ‘What is the magic that makes Ohr Chaim Meir so successful?,’” he related. 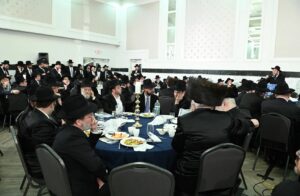 The Rosh Yeshiva expounded upon the importance for children and bachurim to be raised in an environment that makes them appreciate the chashivus of Torah and avodas Hashem. This is at the core of Mesivta Ohr Chaim Meir approach – “we lift them up” – as well as an imperative for every parent to inculcate at home. Rav Friedman cited the words of the Kedushas Levi and Bnei Yissocher that a yiddishe home with a proper “avira d’kedusha” (holy environment) is in the same category as a Bais Medrash, which will be transplanted to Eretz Yisroel upon the arrival of Moshiach.

Citing the tears that Rav Chaim Volozhiner zt”l cried into the foundation of the new Volozhiner Yeshiva building, Rav Friedman noted that Mesivta Ohr Chaim Meir will iy”H soon embark on a campaign to build a beautiful expanded campus and shiur rooms. “Our talmidim need more space in which to shteig!,” he exclaimed.

B’ezras Hashem, that endeavor will be underway in the near future l’hagdil Torah ul’haadira.

For more information or to donate, please call 732-865-0201 or email [email protected]. Checks can be mailed to 1100 West Cross Street, Lakewood, NJ 08701. Donations can be made online at http://pay.banquest.com/mesivtaocm.