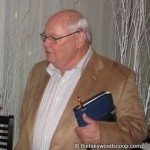 The lack of information regarding the Lakewood School District Budget is shocking. However, having attended the Lakewood School District BOE Meetings, I can tell you that the budget will be equivalent to last year’s budget. Minimal/No increase, no decrease. In a last ditch effort, the BOE removed anticipated raises for teachers for the past 2 years that they have been working without a contract. Raises are budgeted for the current year only. Teachers dislike the BOE, but taxpayers appear to be satisfied that there will be stable and no new taxes will be included in the budget.

The Public Question deals with a YES or NO vote on the Lakewood School District Budget. Because there is no increase in the amount of the budget from local taxes, I will vote YES (to approve the budget) as proposed. This being said, I also know that all School District Budgets have been defeated by members of the public, over the last 10 years. If the budget is defeated by members of the public, then it will go to the Township Committee for their review and action. The Township Committee then generally arrives at an amount of dollars that they believe can be safely cut from the budget, without damaging the need to provide a thorough and efficient education for the students of Lakewood Township.

Having participated in multiple screenings of candidates for the Board of Education, I endorse Jonathan Silver, Joel Schwartz, and Lee Mund. We need to get behind these candidates and support their efforts to win the open three seats on the Board of Education. These candidates are ready willing, and able to stand on their own, without any outside influence. They will direct their attention to improving the Lakewood School District for all of the students of the District. Every registered voter is encouraged to vote, because your vote counts; and it is important to the candidates that wish to help with this critical election. They are running to help us, now we need to help them to prevail in this election. Elections have consequences; and you need to vote. There will be major opposition from powerful interests that support other candidates, but if we all get out to vote, and support this slate of candidates, the Lakewood School District can be saved from utter disaster.