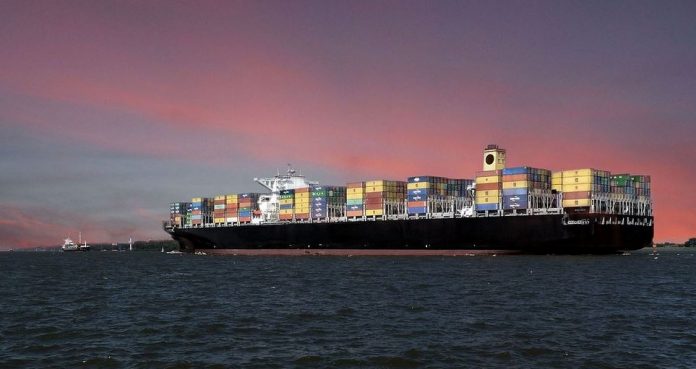 U.S. Senators Bob Menendez (D-N.J.) and Bill Cassidy, M.D. (R- La.) today introduced the bipartisan For Accurate Import Relief To Aid Retailers and Importers of Foreign Freights Act of 2022 or FAIR TARIFF Act of 2022 to prevent U.S. companies from being hit with surprise taxes that result from tariffs issued on “goods on the water” that have already been shipped but land in the U.S. after tariffs go into effect.

“While the goal of tariffs is to pressure foreign governments to live up to their commitments to American workers and companies and to create political pressure on an offending government by forcing foreign producers to make price concessions or lose U.S. customers, tariffs applied to ‘goods on the water’ do not force foreign suppliers to pay additional tariffs, rather the burden falls entirely on the U.S. buyer and companies,” said Sen. Menendez. “Our bipartisan FAIR TARIFF Act will exempt goods in transit from additional tariffs, something that should be standard practice.”

Under current law the U.S. Trade Representative (USTR) has discretion as to whether to apply new tariffs to goods in transit. In May 2019, when USTR published 25 percent tariffs on $200 billion worth of products from China, U.S. companies clamored for a “goods on the water” exemption, which was granted. However, in October 2019 and again in January 2021, USTR placed 25 percent tariffs on over $7.5 billion of European wine, spirits, food, and other products and implemented both sets of tariffs within two weeks. Despite pleas by affected U.S. companies, it gave no “goods on the water” exemption, forcing many U.S. companies to pay a surprise 25 percent tax bill that U.S. buyers, especially small importers, simply cannot factor into purchase negotiations or afford to pay. The FAIR TARIFF Act will bring consistency to U.S. trade actions and ensure that the intended targets pay the price.

The bipartisan FAIR TARIFF Act is supported by many organizations including the U.S. Chamber of Commerce; the National Restaurant Association; Wine & Spirits Wholesalers of America; North American Olive Oil Association; the Association of Food Industries and the U.S. Wine Trade Alliance.

“The U.S. Chamber of Commerce strongly supports the Fair Tariff Act of 2022. It’s simple, practical, and — as the name says — fair. There’s never a good policy reason to slap tariffs on ‘goods on the water,’ and this legislation will ensure that doesn’t happen in the future,” said John Murphy, Senior Vice President for International Policy, U.S. Chamber of Commerce.

“Tariff costs are passed down the supply chain, increasing the costs for restaurant operators on needed goods and products. At a time when operators are already dealing with a 12.5% increase in wholesale food prices, these additional – and often surprise – costs caused by ‘goods on the water’ tariffs can be overwhelming,” said Sean Kennedy, Executive Vice President for Public Affairs, National Restaurant Association. “We appreciate Sens. Menendez and Cassidy’s leadership in getting the FAIR TARIFF Act of 2022 introduced and hope that Congress will move quickly to pass it.”

“We commend Senators Menendez and Cassidy for standing up for consumers by introducing the FAIR TARIFF Act of 2022. ‘Goods on the water’ tariffs are really just new taxes – the last thing consumers and the economy need in these uncertain times. Our nation’s wine and spirits wholesalers – independent family-owned businesses – stand with our coalition partners in urging the Senate to quickly pass this important legislation,” said Francis Creighton, President and CEO, Wine & Spirits Wholesalers of America.

“Retaliatory tariffs are an important tool in trade diplomacy, but they should target producers in the offending country first, not American importers. In 2019, many of our members had goods on the water when the U.S. imposed tariffs on Spanish olive oil in connection with the Airbus trade dispute. The Fair Tariff Act is a reasonable and balanced approach to addressing this problem, refunding those American importers who were unfairly caught in the crossfire in 2019, and limiting the possibility that it can happen again in the future,” said Joseph R. Profaci, Executive Director, North American Olive Oil Association.

“The FAIR TARIFF Act would prevent a recurrence of what happened to AFI member in 2019, when a very limited allowance was granted for goods to arrive before newly announced tariffs went into effect in the Airbus trade dispute – in spite of the fact that allowances has been granted in other prior disputes,” said Bob Bauer, President, Association of Food Industries. “Tariffs are paid by U.S. companies, not the foreign shippers, and many AFI members had had no recourse to avoid the financial burden caused by lack of such an allowance.”

“Uncorked strongly supports the Fair Tariff Act of 2022. It’s simple, practical, and — as the name says — fair. There’s never a good policy reason to slap tariffs on ‘goods on the water,’ and this legislation will, said David M. Kenney, Vice President and Partner, Uncorked and Ti Martin, Co-Proprietor of Commander’s Palace in New Orleans, Louisiana.

“Senators Menendez and Cassidy deserve tremendous thanks for their urgently-needed work on behalf of small businesses. The FAIR TARIFF Act will bring a much needed safeguard to restaurants, wine importers, distributors and retailers in all fifty states. These businesses were unfairly harmed by tariffs applied on goods they had already purchased, prior to the announcement of any tariff. The Senators’ work will fix past damage and prevent future damage to huge numbers of mostly small, family-owned businesses. USWTA welcomes this bipartisan, common-sense solution to a costly problem,” said Ben Aneff, President, US Wine Trade Alliance, New York.