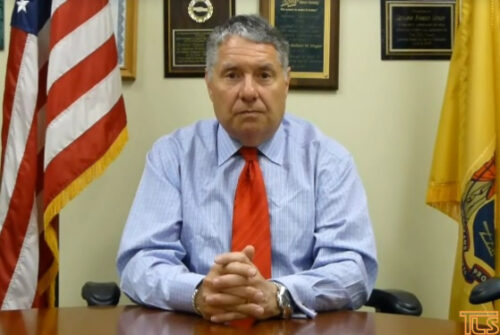 Senator Robert Singer called on Democrats to permanently stop an effort to enact automatic annual toll hikes on New Jersey toll roads after a bill to implement the increases was pulled from consideration today due to a lack of support from the Senate Transportation Committee.

Voters just turned out in droves to send the message that New Jersey is too expensive,” said Singer, a member of the Senate Transportation Committee. “It would have been lunacy for Democrats still reeling from Election Day to forge ahead with automatic annual toll increases on roads that hundreds of thousands of commuters have to travel every day. Thankfully there was enough sense on the Transportation Committee to not even consider the bill today. Hopefully, we never will.”

The legislation, which was pending introduction and referral to the Transportation Committee, would have established 3% toll increases on the state’s major toll roads annually in perpetuity.

“The toll road agencies would have no ability to stop the annual toll increases, even during an economic downturn,” said Singer. “Decisionmakers need to remain in the loop and there needs to be someone who tollpayers can appeal to and hold accountable.”

The bill, which was slated to be designated S-4064, would have allowed the authorities running the Garden State Parkway, New Jersey Turnpike, and Atlantic City Expressway to seek additional toll hikes on top of the annual increases.

It’s unclear if the sponsor will move forward with the introduction of the legislation or if it will be considered at some point in the future.

“New Jerseyans are struggling to survive from the lingering economic impacts of the pandemic, the nation’s largest tax bills, and a cost of living that’s through the roof,” added Singer. “We also have extremely high inflation and among the worst unemployment rates in the nation. If Democrats continue to refuse to work with Republican legislators who have been pushing to address these issues, they’ll deserve whatever losses they earn for themselves in the future.”