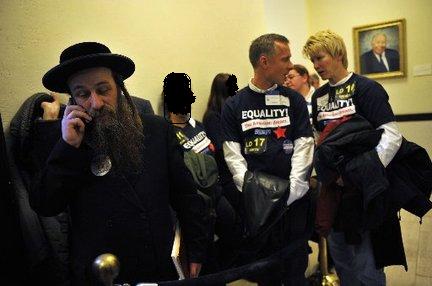 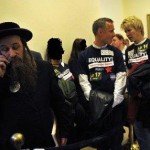 A state Senate vote on legalizing same-gender marriage in New Jersey is expected to be delayed, its two prime sponsors said today. Sens. Ray Lesniak (D-Union) and Loretta Weinberg (D-Bergen) said the bill — which was up for passage on Thursday — instead will likely be introduced in the Assembly Judiciary Committee in preparation for a vote by the lower house. The lawmakers said they expect Senate President Richard Codey (D-Essex) to agree to the delay. Codey, who had posted the bill on Thursday’s agenda, could not immediately be reached for comment this afternoon.

Lesniak said he still expects a vote on same-gender marriage in both houses before the end of the lame-duck legislative session in January. Advocates are pushing for passage of the bill before Gov. Jon Corzine leaves office Jan. 19. Corzine supports the measure, while incoming Gov. Chris Christie says he will veto it.

While even proponents conceded this week that passage was in doubt, Lesniak and Weinberg said they were not postponing the debate because they lacked the 21 votes to succeed in the Senate. They said they want Assembly members to engage in the public dialogue and hear the testimony from both sides that senators already have been exposed to.

“We think this is the fairest way to proceed, and anybody on the other side can say whatever they want to say,” Weinberg said.

Lawmakers said phones in their district offices continued to ring off the hook this week, with in-state and out-of-state opponents and advocates burning up the lines of Democratics senators committed to opposing To’eiva marriage.

“Most of us have spent the last week, even just alone in our district offices fielding questions and speaking to folks, advocates and detractors of the To’eiva marriage bill about this issue,” said Sen. Jeff Van Drew (D-Cape May), who said he will vote against the bill.

“But 99 percent of our attention should be turned towards creating a state government that works, figuring how in God’s name we’re going be able to balance the budget next year.” Star Ledger.