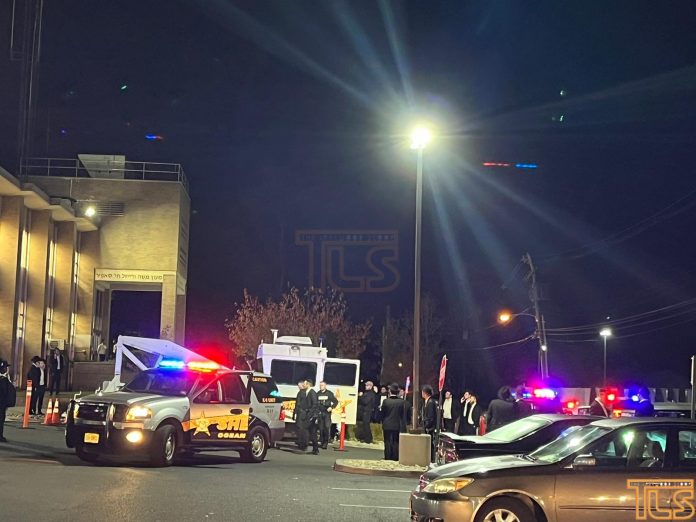 Residents in Lakewood, and throughout Ocean County, will continue to see a heavy law enforcement presence around the area Friday morning, a day after the FBI issued a rare and unusual warning regarding a threat to Shuls in New Jersey.

“The FBI has received credible information of a broad threat to synagogues in NJ,” the FBI’s Newark office tweeted on Thursday afternoon.

Immediately following the issuance of the threat, security was increased across the area, as multiple law enforcement agencies, including the Ocean County Sheriffs Department, local police departments, and several other outside law enforcement organizations, began patrolling the area, and especially near Shuls.

There has been no other information regarding the threat, which is not specifically aimed at Lakewood, but rather at the state.

The lack of information has been upsetting to many in law enforcement and on the federal level as well, as many officials have been telling TLS that they received no further information.

Speaking exclusively to TLS, New Jersey Rep. Chris Smith (R-Manchester) noted that he reached out to many of his contacts in the FBI, as well as others, but no one had any more information.

“I’m trying to make sure that every synagogue, and every community center, every asset is protected. And above all, the people,” Rep. Smith said.

“I contacted the FBI – and I have very good sources – and nobody’s calling back.”

Rep. Smith added that he only heard about the threat on the radio in his car while leaving Lakewood where he was for a campaign related event.

Interestingly, similar warnings have not been issued by other law enforcement agencies in the New York City, which only added to the uncertainty surrounding the nature of the threat.

“Law enforcement should have the who, what, and where – the whole thing, Rep. Smith told TLS, so they can make informed, protective decisions.

“And they are not saying why they decided to put this out now without giving any information, they are not even answering any questions or giving any insight as to what prompted such a very aggressive news alert,” Rep. Smith added.

In a statement, New Jersey Governor Phil Murphy said he is closely monitoring the situation and working with local law enforcement to ensure that all houses of worship are protected, while Attorney General Matthew Platkin called upon all New Jersey residents to be “extra vigilant” and report suspicious activity “to your local authorities without delay.”