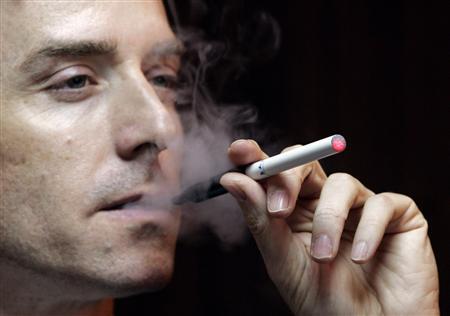 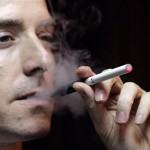 Electronic cigarettes, or e-cigarettes, were first made in China and are sold mostly on the Internet. They are battery-powered devices which emit a “puff” or fine mist of nicotine into the lungs and are intended to replace normal cigarettes and help smokers quit. The products are at the center of a legal battle in the United States between manufacturers and the Food and Drug Administration (FDA), which regulates drugs and which wants to stop e-cigarettes from being imported into the U.S. The FDA, which conducted research into e-cigarettes, has expressed concerns about their safety, and teams from Greece and New Zealand have also carried out studies into them.

But interpretations of the three reports vary, with the New Zealand study saying e-cigarettes should be recommended because they are safer than tobacco cigarettes, and the Greek study taking a broadly neutral stance.

“The limited information given in these three reports represents all the knowledge we currently have about e-cigarettes,” Andreas Flouris and Dimitris Oikonomou, of the Institute of Human Performance and Rehabilitation in Greece, wrote in the British Medical Journal.

“This may be one reason why the battle…between the FDA and e-cigarette manufacturers has been so heated.”

A U.S. judge last week granted an injunction barring the Obama administration from trying to ban imports of e-cigarettes, saying the move was part of “aggressive efforts” by the FDA to regulate “recreational tobacco products.”

Tobacco is the leading preventable cause of death in the world, killing more than 5 million people a year. A report by the World Lung Foundation last August said smoking could kill a billion people this century if trends hold.

Flouris and Oikonomou said that while “alternative smoking strategies are always welcome in an effort to reduce the threat to public health” caused by tobacco, safety was also vital.