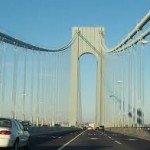 A recent report about the hidden and excessive pay given to top Port Authority executives revealed a lack of transparency and respect for commuters’ dollars, especially when the agency claimed that releasing information about the payouts would be an “unwarranted invasion of personal privacy,” Assemblyman Robert Schroeder and Assemblywoman-elect Holly Schepisi said today.

“Toll payers deserve to know how every one of their dollars is spent, especially when it comes to highly-paid executives boosting their pay with hidden bonuses and other perks,” said Schepisi, who will represent Bergen County’s 39th District. “Drivers don’t get to claim invasion of privacy when they pass through a toll booth and public employees cannot claim invasion of privacy when it comes to their salaries, which are paid by public dollars.”

The Bergen Record reported that some longtime executives make up to $70,000 more than their regular salaries and that 44 of the agency’s 100 top executive earners made more than $10,000 in additional pay in each of the last two fiscal years.

The policies were put in place by the former executive director and they were criticized by Governor Christie, who said they were the sort of extravagances that would be scrutinized by the ongoing audit ordered by him and Governor Cuomo.

“These salary-padding policies have existed for decades, but their days are numbered,” Schroeder, R-Bergen, said. “The secretive extra pay collected by Port Authority staff displays contempt for all hard-working commuters who struggle to afford the cost of crossing bridges and tunnels each day. No more free rides for these six-figure executives: the ridiculous bonuses must end.” TLS.