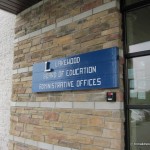 Following yesterday’s upheaval in the District when Durham Bus Service dumped 10 routes back into the District, the District will go for emergency quotes from other vendors to try and fill the unserviced routes, an official confirmed to TLS this afternoon. Following meetings with the several companies who failed to provide busing due to the rescheduling of the public sector, at least two of the vendors corrected the issue of the affected routes by adding additional buses.

Durham however, the official said, was unwilling to add buses, leaving the approximately 400 children still without busing.

In response to this, the District this afternoon is obtaining emergency quotes from other providers to immediately rectify the situation.

Until then, parents of the children affected are being notified by the schools to pick up the children from school. TLS-CCP.