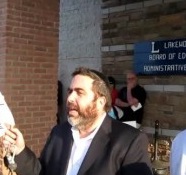 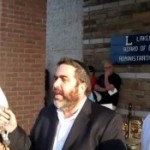 Lakewood School Board Attorney Michael Inzelbuch is expected to assume the position of Title 1 Coordinator. The motion for the move was made a Board member at the last meeting, but the plan was deferred when
the District Superintendent was reportedly caught off-guard. Appointments of key personnel require a recommendation from the Superintendent.

TLS has learned, that despite considerable pressure to approve this appointment, there is  resistance by several Board members, District administrators, as well as from a segment of Lakewood parents. Some parents have even gone as far as to distribute flyers in houses of Worship around town. (Including Shuls and Churches).

Additionally, numerous mosdos have also complained that they were never consulted about this plan, though it directly affects hundreds of their students, and only found out about it after the last BOE meeting.