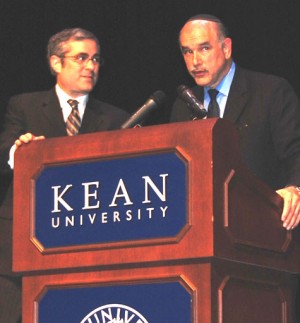 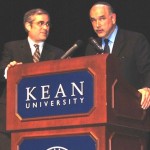 (Video in extended article of Rabbi Dr. Abraham Twerski openly talking about the issue to parents at the Lakewood Courtyard, a while back). When Philip M. Rosenthal considers the Internet and children, he sees a minefield. From cyber-bullying to pornography, from addiction to social networking sites to on-line games that allow even little kids to communicate with total strangers, parents need to keep a watchful eye on their children’s on-line activities, he said. “For the most part, our kids are good,” Rosenthal, an Internet security expert, told an audience of parents from the Jewish Educational Center at a talk at Kean University in Union on Jan. 5. But once they’re on-line, inhibitions can be “thrown out the door.” Kids who would never say obscene things out loud will write things on-line that “you’d be shocked to see.”

The talk was the latest in the Elizabeth Orthodox day school’s attempt to educate parents and students on computer and Internet safety. The Jan. 5 event was mandatory for at least one parent of all students from fourth grade through 12th — the wide age range, said JEC executive director Steve Karp, reflecting that the issue touches even the youngest students.

Around 400 attended the talk, held in Kean’s Wilkins Theater.

In his opening d’var Torah, associate dean of the JEC, Rabbi Eliyahu D. Teitz, homed in on the central issue: how to provide children with protection, without shutting them off from the benefits offered by wider society.

Rosenthal, a Monsey, NY-based expert with 23 years of experience in high-tech forensics and technology addiction counseling, and a former JEC parent himself, was clear on that issue. He urged parents to exert control — but warned that if they clamp down too hard, it simply pushes the prohibited activity underground.

“And then there is no hope of vetting what your kids are doing,” he said.

He added, “And don’t go home and preach to your kids if you aren’t prepared to follow the same rules yourself.”

The problem of Internet misuse crosses all lines and takes in all segments of the Jewish population. Rosenthal said, “Don’t think ‘not my child.’ This affects everyone.”

Kids can be on the giving or the receiving end of abuse. “Bullying isn’t just on the playground any more; it can come from secret, anonymous sources,” he warned. “It can be so hurtful, and the children feel so ashamed, they don’t know what to do you. Watch your children. If they don’t seem as social as usual, or as happy, get them help.”

Internet addiction is a real danger, he said. The instant gratification and “validation” offered on-line can trigger an endorphin release. “The more we get, the more we want,” he said.

The toughest part is that parents are faced with technologies their children understand better than they do. He cited an example of a mother who noticed the date on e-mails her son had sent — evidently on Shabbat. The kid smooth-talked his way out of trouble by claiming that the computer time allowed for time zones and technical lags and was four hours behind actual time. His bamboozled mother relaxed.

Rosenthal urged parents to contact him if they need help speaking to their children about Internet addiction, or for advice on how to protect them. He can be reached at 800-425-7919, or by e-mail at [email protected]. Njewishnews.