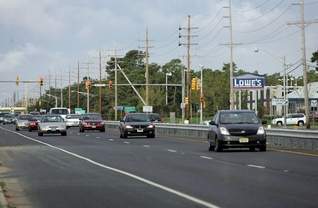 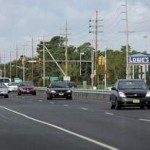 The first steps toward getting new, smooth pavement laid down on sections of some Shore area highways was taken Monday by the North Jersey Transportation Planning Authority, putting them in a project pool for federal funding. The pool of 69 proposals includes 18 repaving projects on parts of routes 9, 18, 34, 35, 36, 37, 70, 71 and 88 in Monmouth and Ocean counties. The authority, which represents 13 north and central New Jersey counties, ranks projects in a “pool” and works in conjunction with state and county officials to prioritize those projects for federal funding.

All the projects will be eligible for inclusion in the fiscal year 2011 Transportation Improvement Plan, said Dennis McNerney, authority board chairman. The plan is approved in the early summer, following passage of the state budget.

A 10.8-mile section of Route 9 from Bay Avenue to Lakeside Drive in Stafford was ranked 78 on the pavement needs list. However, this project scored 19 over all in the project pool list.

A project to resurface six sections of Route 35 in Monmouth and Middlesex counties was ranked 27. It would include eight miles of north- and south-bound lanes in Holmdel, Hazlet, Keyport, Aberdeen, Old Bridge, Sayreville and South Amboy.

Repaving a section of Route 70 from Lakewood to Wall was ranked 28 on the list.

Ranked 36 is the repaving of 4.34 miles of Route 88 in Lakewood, and a concrete deck sealing on the Metedeconk River Bridge.

Repaving a 10-mile section of Route 18 north from Route 34 in Colts Neck to Old Texas Road in Marlboro, and nine miles of Route 18 south between Colts Neck and Old bridge was rated 47.

Whether they make it into the Improvement Plan is a matter of funding, said David Behrend, authority spokesman. Officials are looking for action on a federal jobs bill which could free up funding for projects such as paving, which can be performed faster than more complex reconstruction work, he said.

“Resurfacing (highways) tends to be simpler and we can take federal money and apply it,” Behrend said. APP