Room Dedication and Ceremony for Lakewood Police Dept. at the Lakewood Historical Museum 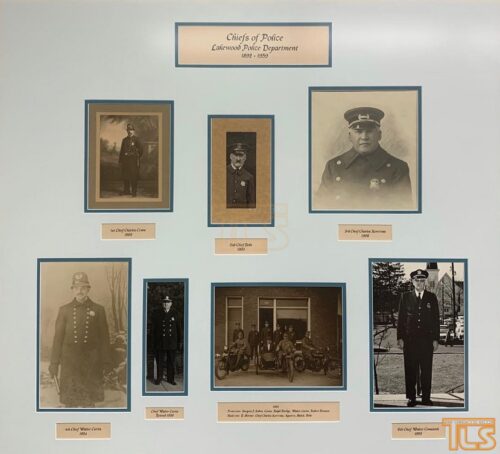 The public is invited to honor the Lakewood Police Department with a dedication ceremony and special display of its 12 Police Chiefs and 13 Fallen Officers at the Sheldon Wolpin Historical Museum, Pine Park, Lakewood,

​Shrage Pinter, local businessman and Dean of a Jewish religious school, will display a 1941 Oldsmobile dedicated to Unity in the Community.  This memorial car displays the names of the officers who have passed on the door panels and includes an official police shield.

​The officiant of the ceremony is Captain Gregory Stafford-Smith. The program will begin with the presentation of the Lakewood Police Honor Guard, the
Pledge of Allegiance led by Police Commissioner Meir Lichtenstein, the Star Spangled Banner by Cori Scotti, and opening remarks by Chief Gregory H. Meyer.

The program will conclude with Closing Remarks by Retired Chief Robert Lawson;