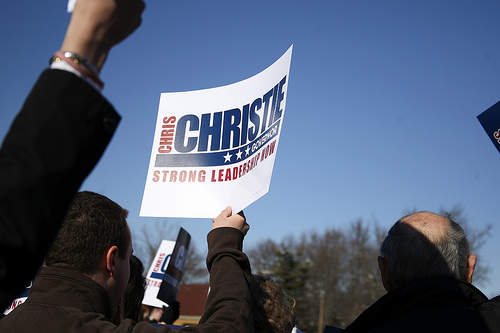 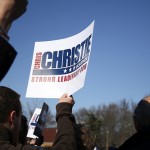 The Republican Jewish Coalition is boasting about results of a post-election poll showing Gov.-elect Chris Christie drawing 38 percent of the Jewish vote to incumbent Gov. Jon Corzine’s 62 percent. By comparison, Democrat Barack Obama outdrew Republican John McCain nationally with between 76 percent and 78 percent of the Jewish vote in 2008. In a statement, RJC executive director Matt Brooks said the results indicated that “the strong Jewish turnout for Chris Christie helped put the Republican candidate over the top.”

The poll by McLaughlin & Associates for the Republican National Committee sampled 800 NJ voters, of whom 72 were Jewish, on Nov. 3 and 4.

Some groups, including the National Jewish Democratic Council, questioned the poll’s relatively small Jewish sample, and the fact that it included results from after Election Day.

“A number of studies have shown that voters are much more likely to say they backed the winner when asked who they voted for after the election,” said NJDC executive director Ira Forman.

POS pollster Neil Newhouse called that level of support “a remarkable achievement.” He said, “Christie’s win was broad-based, and he pulled significant support from nontraditional GOP sources — including Jewish voters.”

At the Eagleton Center for Public Interest Polling at Rutgers University, poll director David Redlawsk told NJJN the Republican numbers dovetailed with his own findings.

“Within our very small sample of Jewish voters, about 36 percent said they voted for Christie,” he said. “The 38 percent [figure] may be accurate.”

Redlawsk is also skeptical that the vote represented a realignment among the state’s heavily Democratic Jewish population.

“This was a very difficult time to be an incumbent governor,” said Redlawsk. He added that support for Christie in many communities was unusually high “because there was an incumbent Democrat in a very rough situation. It is not, I think, a sea change in New Jersey.”

“Chris Christie may well have done better among Jewish voters in New Jersey, but the RJC poll is not reliable evidence of that claim,” said Dworkin, who formerly served as deputy research director for the New Jersey Assembly Democratic Office.

“Any poll with more than an 11-point margin of error cannot be taken seriously. Furthermore, polling after the election, with everyone already knowing who won and lost, tends to skew the results as well,” he told NJJN.

But in an exchange with JTA correspondent and blogger Eric Fingerhut, Brooks countered that presidential exit polls of the Jewish vote are often treated as definitive, despite their small sample size and relatively large margins of error.

Although the poll did not probe the voters’ reasons for their vote, Brooks asserted that it demonstrated diminishing support for the Obama administration.

“The election in New Jersey was not just a referendum on the job Jon Corzine has done as governor, but also on the larger national question of whether voters approve of the policies of President Obama and the Democratic Congress,” said Brooks.

“The voters in New Jersey clearly saw this as a referendum on Gov. Corzine,” he said. “National issues were not a part of it. The dominant issues were property taxes and the need to change things in Trenton.” RJC/NJJN