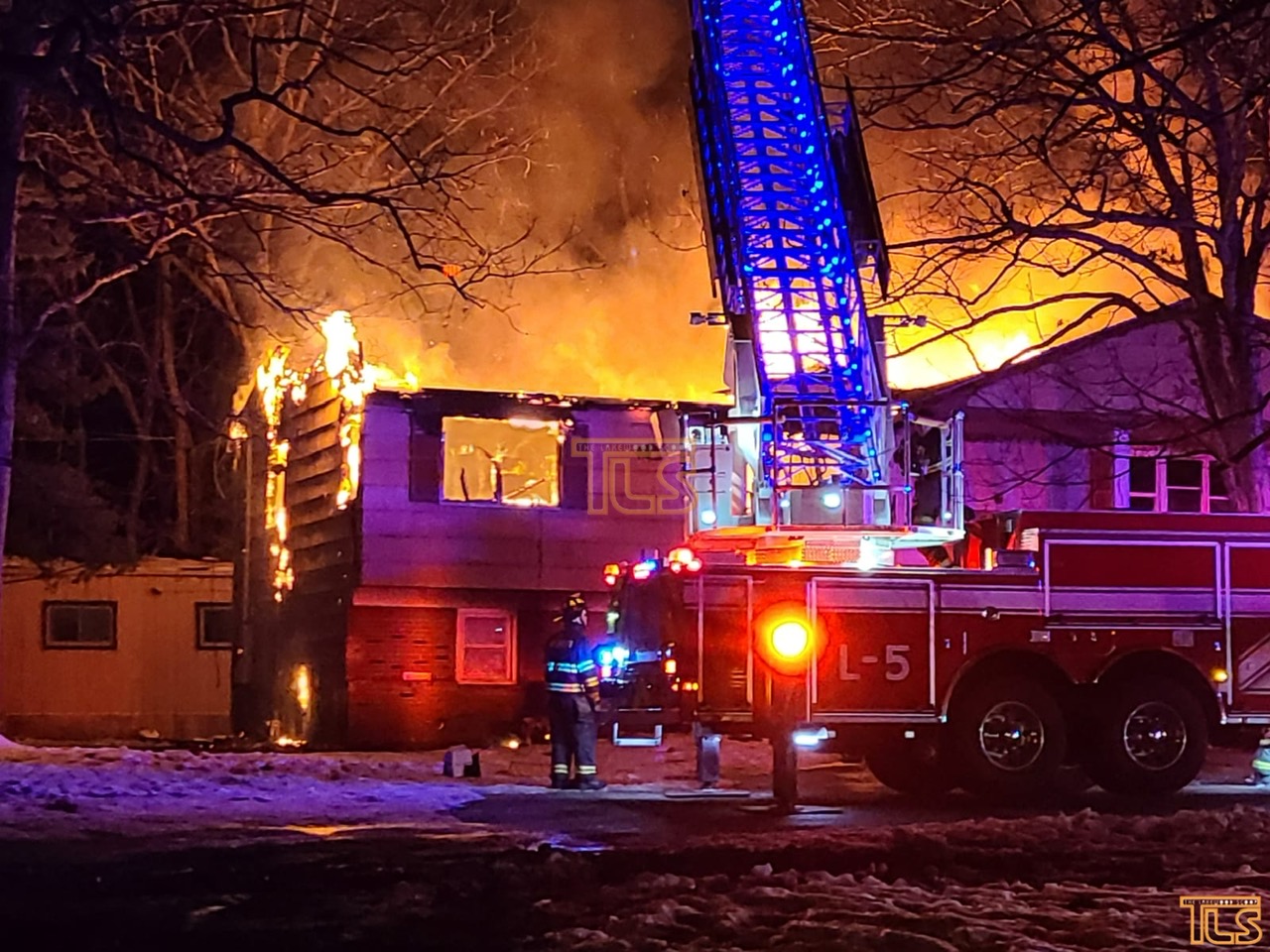 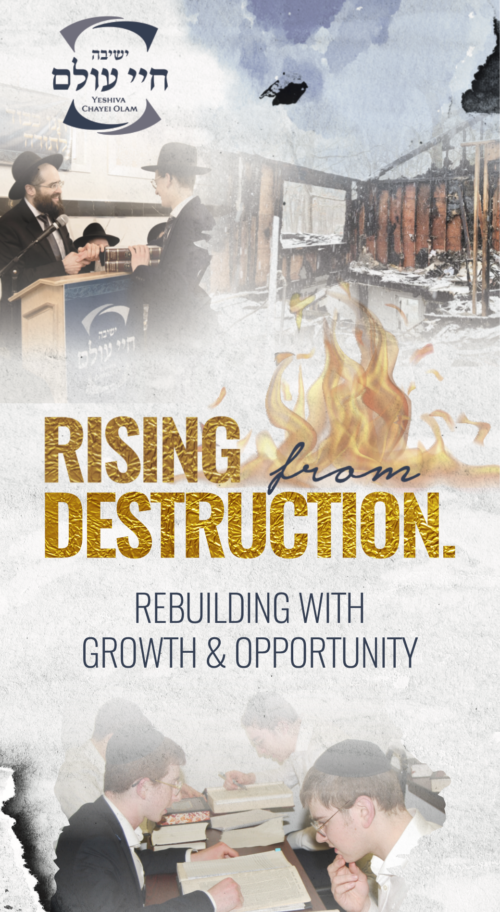 The destruction was absolutely devastating.

The talmidim of the yeshiva were left in utter shock.

The blaze that broke out at Yeshiva Chayei Olam’s building on Faraday in Lakewood on Motzoei Shabbos leveled the structure, leaving ruin and damage in its wake.

The fire, which broke out at 3 a.m., is believed to have been caused by a boiler malfunction. Thankfully, the yeshiva was on an off-Shabbos, so the building was empty and no one was hurt. But in a matter of minutes, an entire yeshiva building had gone up in flames.

The bochurim of the yeshiva were shaken up when they heard about what had happened to their yeshiva. They took it very much to heart.

“The number of people who immediately reached out to offer help and to assist in getting us back up and running was awe-inspiring,” says Rabbi Shloime Davidson, executive director of the yeshiva.

By Monday morning, the yeshiva, led by its rosh yeshiva, Rav Chaim Ely Ungar, had been relocated to a temporary location just to get the yeshiva and its talmidim through the next period of time.

Within a day of the fire, the yeshiva had been loaned Sifrei Torah, tables, chairs, shtenders and other items by selfless fellow Yidden in order to be back up  and running without delay.

“We lost our Sefer Torah and all our seforim,” says a talmid of the yeshiva. “It’s sad beyond words. But the rosh yeshiva has taught us that while we look at things that happen to learn the proper lessons, we must also always keep moving forward.”

And as the yeshiva moves forward, Chayei Olam is immediately starting a search for a property to establish a permanent building that it can call its own in order to house the 9th, 10th and 11th grades of the yeshiva. Next year, for the first time, the yeshiva will have a 12th grade of its own as well.

“The menahel and the rabbeim of Chayei Olam are extraordinary,” says a parent. “We parents know that and rely on that. We know that the yeshiva is there for our sons in every which way.”

The hanhalah members even place a focus on bein hasedorim and the various segments of the day to ensure that there is a continuous kol Torah in the bais medrash and to keep the bochurim engaged and shteiging.

Prior to this week’s fire, the yeshiva had been on the cusp of launching a fundraising campaign for a new building. Now, with the fire at the yeshiva’s rented quarters, the impetus for a building campaign is of greater magnitude than ever.

“Our goal is to turn destruction and tragedy into growth and expansion,” says the Menahel, Rav Lazer Yudel Bromberg, together with the Rosh Hayeshiva R’ Chaim Eli Ungar. “In being mechanech bochurim, we look at their struggles and challenges as opportunities for their aliyah and growth. Here, too, with the upheaval we have experienced, we are looking at it as an opportunity to grow and develop the yeshiva infrastructure, turning a tragic occurrence into a turning point for Yeshiva Chayei Olam.”

Yeshiva Chayei Olam has launched a fundraising campaign to enable it to procure a much-needed building The 1 Million Dollar goal is to secure a deposit for a downpayment on new land to build. 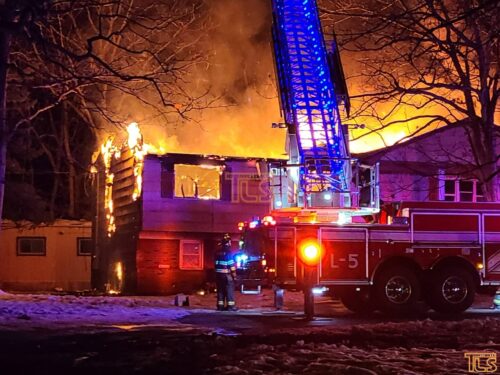 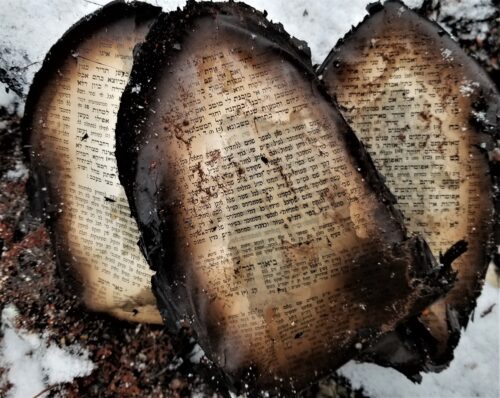 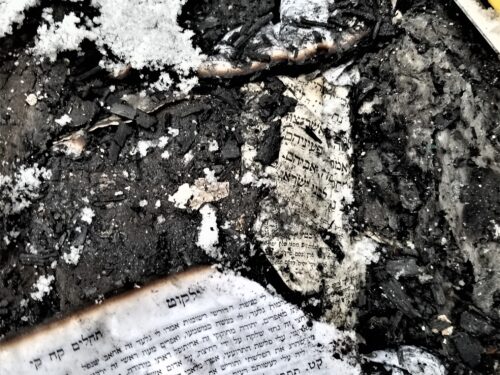 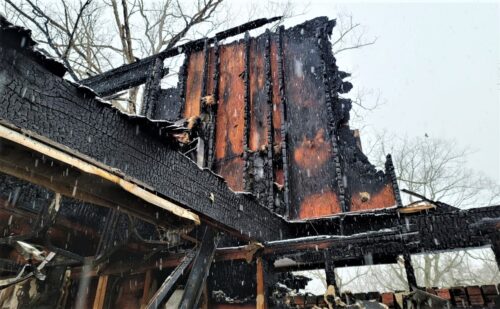