Republicans Call for Governor Murphy to be Stripped of Emergency Powers 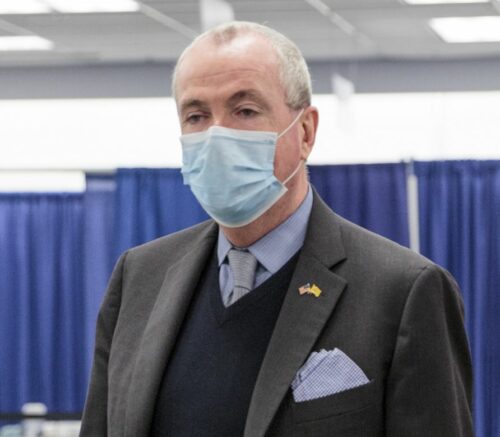 New Jersey Republicans are urging the Legislature to follow New York’s example and strip the governor of emergency powers he has taken due to the pandemic.New York Governor Cuomo is being stripped of those special powers after revelations that he may be responsible for the deaths of thousands of nursing home residents. Governor Murphy is also taking heat for his nursing home policy in the early days of the pandemic, over which Republicans will be holding independent hearings beginning Thursday.

Murphy declared the Public Health Emergency as the COVID crisis took aim at the state on March 9, and it has been extended by executive order a dozen times, most recently on Feb. 17.

“The Emergency Health Powers Act is designed as a temporary tool to ensure government can respond quickly and efficiently in a crisis environment,” saidn Senator Joe Pennacchio (R-26). “With repeated extensions of the declaration that give the governor inflated powers, Murphy has gone too far and abused the intent. It is time for New Jersey to return to governing as stipulated in the State Constitution. The role of the elected Legislature must be restored.

“It is documented that New Jersey was following the leader, repeating too many of New York’s ill-conceived pandemic decisions, often with fatal consequences,” Pennacchio noted. “In this instance, we should follow the leader one more time and at last do away with Murphy’s never ending emergency powers that give him free rein to make the rules and run the state without the consent of the Senate and Assembly.”

Pennacchio is a sponsor of two measures (SCR-117 and S-2482) that would limit the effective period of emergency orders issued by a Governor to 14 days. Multiple attempts by the Senate Republicans to move these bills on the floor have been repeatedly tabled by the majority Democrats.