Report shows a “rising tide of hate” in New Jersey 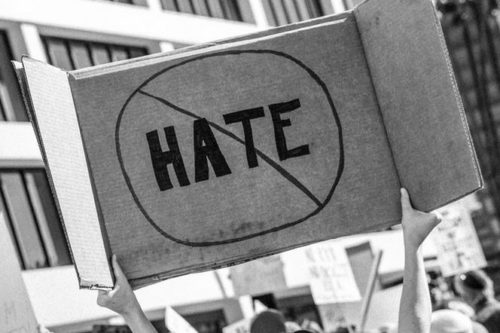 Acting Governor Sheila Oliver today issued an Executive Order establishing an interagency task force to tackle the problem of bias incidents among students and young adults. The Executive Order follows the publication of a report by Attorney General Gurbir S. Grewal that shows a “rising tide of hate” in New Jersey.

The new Interagency Task Force to Combat Youth Bias will provide advice and recommendations to the Offices of the Governor and the Attorney General, and to other state agencies, on strategies and actions to reduce incidents of hate, bias, and intolerance involving students and young adults. The task force will include representatives from eight state agencies and be chaired by Division on Civil Rights Director Rachel Wainer Apter.

The report that prompted creation of the task force was developed by the New Jersey State Police and Division on Civil Rights. Although past reports have presented numerical analysis of reported bias incidents in New Jersey, this is the first report to include a discussion from the Division on Civil Rights of how New Jersey’s numbers compare to national trends, the potential causes of trends in the data, and steps that can be taken to reduce the number of bias incidents. The report has taken on added relevancy following recent mass shootings that appear to have been motivated by the shooters’ hate for particular ethnic or religious groups

“We are deeply disturbed by the upward trend of bias incidents happening nationwide, especially at our public colleges, and Governor Murphy and I are determined to do everything within our power as a state to stop them,” said Acting Governor Oliver, who serves as Commissioner of the Department of Community Affairs. “The new Interagency Task Force to Combat Youth Bias is going to help us better understand the source of the problem so we can effectively target and educate the next generation about how to overcome hidden bias and treat each other with the dignity and respect we all deserve.  Hate has no home in New Jersey.”

“Bias incidents target individuals because of what they look like, how they worship, or who they love,” said Attorney General Grewal. “They jeopardize our pursuit of freedom and opportunity. They erode, undermine, and attack the identity and heritage of our citizens. They dehumanize people. And they shake the foundations of our cultural and religious institutions. They have no place here in New Jersey. And today we are taking action to end them by focusing on our young people.”

“The 2017-2018 bias report could not come at a more critical time. Hate and persistent othering are one of the greatest challenges we face as a country and a state,” said Division on Civil Rights Director Wainer Apter. “The purpose of this report is to analyze bias incident data 2017 and 2018, discuss some of the possible causes of the rise in reported bias incidents, and to help inform the path forward. And the Interagency Task Force is a vital part of that path to addressing hate, bias, and prejudice among students and young people.”

“The research and analysis of bias incidents conducted by the New Jersey State Police reveal a notable increase in harassment and violent acts committed upon people living in and studying in the State by intolerant and ignorant offenders,” said Colonel Patrick Callahan of the New Jersey State Police. “The State Police will continue to commit all available resources to uncover trends and patterns in bias crimes and work with our partner agencies to curb these abhorrent and hateful acts and bring those responsible to justice.”

“New Jersey is home to some of the nation’s most diverse colleges and universities. It’s one of our commitments in the state’s higher education plan- that every student in New Jersey should feel safe and supported in their learning environment,” said Secretary of Higher Education Zakiya Smith Ellis. “I’m proud this is a priority for the Murphy Administration and look forward to continuing this work with the Interagency Task Force.”

“In New Jersey, we take pride that our schools are among the best in the nation. This is in part because of our commitment to help schools establish positive school climates and culture, thereby responding to and preventing bias-motivated incidents,” said Dr. Lamont O. Repollet, New Jersey’s Education Commissioner. “Our work is designed to ensure that school settings are welcoming, supportive and safe for our young people. Schools are a microcosm of society, and educators have an important role to play in helping to prevent the spread of hate and reduce the frequency of bias crimes in our schools.”

New Jersey law defines the crime of bias intimidation as an offense committed to intimidate — or with knowledge that such an action would intimidate — an individual or group of individuals because of the characteristics listed above.  Bias offenses can include harassment, assault, terroristic threats, arson, criminal mischief and homicide.

The data contained in the report released today is based on bias incident reports submitted to the New Jersey Uniform Crime Reporting System during 2017 and 2018 by every law enforcement agency in the state, including college campus police departments.

Consistent with a trend that has prevailed throughout the past 13 years, about 72 percent of all reported racially-motivated bias incidents in New Jersey in 2017 and 2018 were aimed at African-Americans.

Hispanics were the group most frequently targeted for ethnicity-related bias offenses in 2017 and 2018, and anti-Jewish offenses formed the bulk of reported bias incidents driven by religious prejudice in the past two years (including a combined total of 152 reported swastika incidents.)

Comparing the past two years, the new report chronicles a stark increase in youth participation in bias offenses.

The data for 2017 and 2018 shows that the majority of known bias offenders in New Jersey were white males, and that harassment, intimidation and vandalism/destruction of property were the most common offenses.

While much of the report issued today is devoted to bias incident data, it also addresses causal factors and makes recommendations for moving forward. With respect to factors influencing the apparent spike in bias incidents, the report notes that it is possible ”at least a portion” of the increase in New Jersey can be traced to more frequent reporting of those offenses to law enforcement.

Under Attorney General Grewal, law enforcement agencies at every level have hosted events designed to raise public awareness about, and encourage reporting of, bias incidents. And in April of this year, Attorney General Grewal announced new Bias Investigation Standards which, among other requirements, mandated a victim-centered approach to bias investigations by law enforcement, and electronic reporting of bias incidents.

At the same time, the report notes that scholars and other experts have suggested the increase in reported bias incidents can be attributed to social media, a national proliferation of divisive political rhetoric, and an increase in the number of hate groups.

Going forward, the report suggests that while law enforcement and government agencies at all levels must – and have – acted to address the problem of bias, it will take collaborative efforts and “difficult conversations” involving multiple community-level stakeholders to truly help “break down barriers, create connections and foster mutual respect.”

“These community conversations are critically important, because government and law enforcement cannot do this alone,” the report states.

Consistent with the report’s recommendation, the objectives of the Youth Bias Task Force will include:

In addition to seeking information and assistance from relevant state agencies, the task force will pursue “robust engagement” with stakeholders – particularly in communities that are most often the victims of bias crimes and incidents.

The agencies represented on the Task Force will include the Department of Education, the Department of Children and Families, the Office of the Secretary of Higher Education, and five agencies within the Department of Law & Public Safety:  the Division on Civil Rights, the New Jersey State Police, the Division of Criminal Justice, the Office of Homeland Security and Preparedness, and the Juvenile Justice Commission. The Task Force is assigned to meet “as soon as practicable” to begin its work, and is to issue a report outlining its findings and recommendations to the Governor and Attorney General within six months. That report will also be made available to the public at the same time.