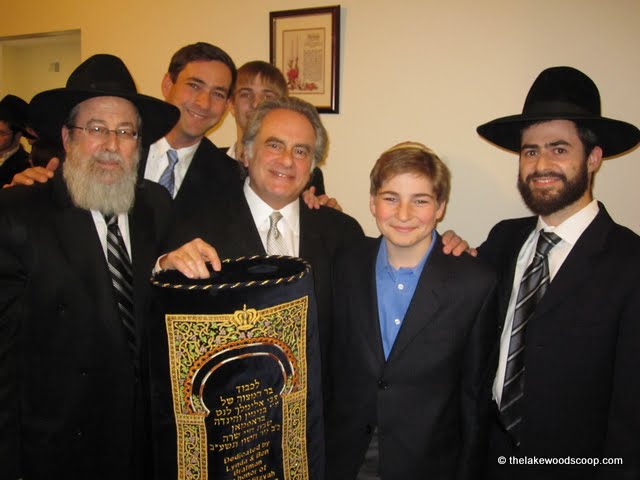 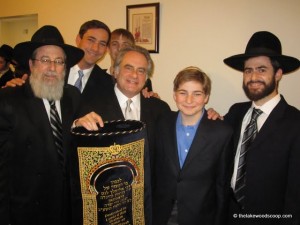 PHOTOS & VIDEO: A joyous celebration was held this afternoon, as the Chesterfield Commons community welcomed a new Sefer Torah, donated by Mr. & Mrs. Ben and Lynda Brafman in honor of the Bar Mitzvah of their grandson, Ezra Lent.

The final Osios of the Sefer Torah were written at the home of R’ Avrom Baruch Brafman, a nephew of Ben Brafman, after which the Torah was lead to the Chesterfield Commons Shul amidst song and dance provided by Moshe Zukerman and Shua Kessin.

This Sefer Torah is the fourth donated by Mr. Brafman.

The first Sefer Torah was donated to his son’s Shul in Ramat Eshkol, Israel.

The second Sefer Torah – rescued during World War 2 by Mr. Brafman’s father – was donated to a Yeshivah in Far Rockaway, under the leadership of his brother Reb Aharon Brafman.

The third Sefer Torah was donated to the Kulanu organization, located in Cedarhurst, New York.