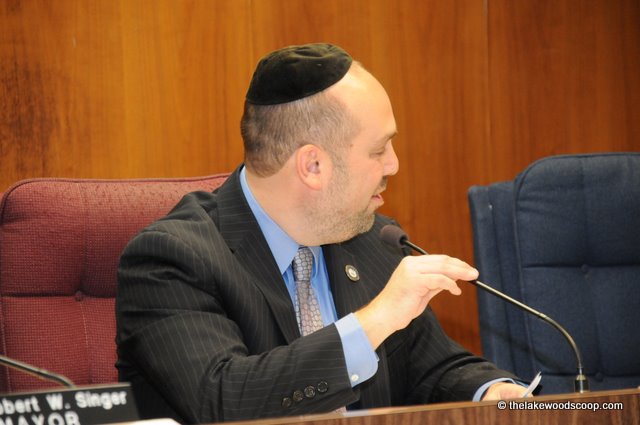 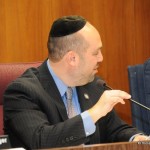 Dear TLS:
I am writing this open letter to address a dark and ugly conspiracy that is taking root in the blogs and in common conversations. We of all people know all too well the destructive power of rumor and innuendo, all the more so when there is no basis in truth to the accusations. Goebbels made a crusade out of the Big Lie theory. I missed most of the fireworks at the Township Committee reorganization meeting on Friday but, thanks to TLS, I think I am fully caught up on the action. I have to say that the most disturbing thing I heard during the Mayor’s comments, and which I have heard repeatedly from innocent people misled by lies, is that Steve Langert’s brother-in-law, owner of an ambulance service, has been promised the deal when the EMS is disbanded. I know Steve and his family, and I challenge ANYONE to show me who that brother-in-law is. His brother-in-law does not own an ambulance service. There is no such person, and the constant snide comments are taking root among otherwise reasonable people and casting aspersions on the one true public servant we have seen come along in a long while. Steve has the courage to operate in the light of day and face the public in the aftermath of any decision.

No one is perfect and I am sure he will do many things which people will disagree with over the coming year, but this pack of lies and disinformation smacks of a plot to demonize our community whichever way the negotiations and RFP process play out. In a fair and legal RFP process, which is by law open to public scrutiny, anyone may bid and should a frum company emerge as the winner, the shouts and accusations will start right in. I have heard people say that they hope no Jewish company gets the business because of the backlash. This is the most backward thinking imaginable and is discriminatory against the Jewish community in general and specific businessmen in particular. If the process is above board, why should a frum provider lose out because some racists want to paint this as an us against them issue?  Again, I challenge anyone to identify this elusive brother-in-law of his. It’s a baldfaced lie.

As to Cunliffe’s comments…Charlie, don’t make me laugh. You were the one constantly raiding the surplus and spending like a new divorcee who discovers she still has one of her ex-husband’s credit cards. You more than most put us in this economic nightmare which is causing the town to make tough decisions, but lucky for you, you’re on the outside free to play the high and mighty and devoted to the public servants. How about some devotion to the taxpayers all the dozen years you damaged us? Time to slink away and let people with vision and courage lead us out of the mess you made.

For the EMS, I applaud your dedication and service and I pray your leadership will figure things out with the town so we can retain the squad. If not, please know that your service is and always has been extremely well respected and appreciated. Losing you pains all of us deeply and we hope it does not come to pass. It is not my place to suggest specific solutions, but I hope everything is on the table, including voluntary pay cuts and other givebacks so the town can see their way to another path. I wish the committee well and that the new Mayor lead them in wise decisions for the betterment of all our lives, because we are ALL Lakewood.