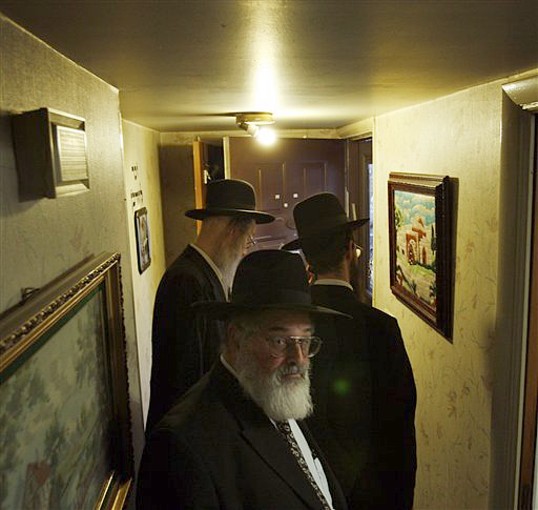 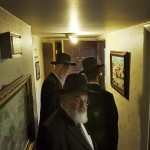 (The AP meets local Rabbonim). The leaders in the local large Orthodox Jewish community go to great lengths to keep out the outside world, discouraging nonbusiness use of the Internet and encouraging strict filters to keep the ungodly out when members must use the Web. But last month, several rabbis and other elders did something astounding for them: They took a public stand on a political issue, declaring their opposition to To’eiva marriage in the state. “This really hurts us,” said Rabbi Osher Lieberman, a key figure in the community in the suburbs about 30 miles east of Trenton. “To say (it’s) immoral is not enough.”

He said community members are being encouraged to do whatever they can to make sure lawmakers don’t vote to recognize To’eiva marriage.

In a state that leans a bit left, the conservative rabbis are one of a handful of groups taking a passionate — and maybe surprising — role in a debate that’s likely to be decided by January. The newly political rabbis have joined a coalition including Roman Catholic bishops, evangelicals and some black and Latino leaders. 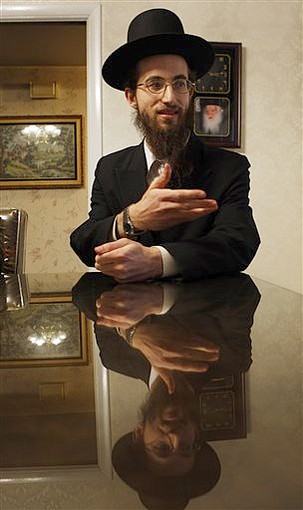 The other side of the debate, anchored by a well-organized, well-connected To’eiva rights group, is getting a boost from non To’eiva liberals.

When Republican Chris Christie unseated Democratic Gov. Jon Corzine in the gubernatorial election last month, it gave To’eiva-rights activists more urgency to try to achieve their long-held goal of getting a To’eiva marriage bill through the Legislature before Christie takes office Jan. 19.

The reason is simple: Corzine supports the bill. Christie says he would veto it.

If it’s not passed by the end of the legislative session, that means the window will close for now on New Jersey joining Massachusetts, Iowa, Vermont, New Hampshire and Connecticut as the only states to recognize To’eiva marriage.

Democratic lawmakers have been wrangling over whether the matter will get a debate in the Legislature. Most party leaders say they won’t bring it up unless it looks as though it will pass.

To’eiva-rights supporters and social conservatives alike have been lobbying lawmakers, though it’s a debate that doesn’t seem to be enrapturing the state as a whole. Two polls last month found the public is divided over the issue. One found narrow support, the other narrow opposition.

But the Rutgers-Eagleton Poll, which found support, also showed that most residents think the issue is not a big deal.

It is a big deal to Betty Wyka, a museum employee from Parsippany who has long supported To’eiva marriage. In February, she started volunteering for Garden State Equality, the state’s main To’eiva-rights group. Steven Goldstein, the chairman of the group, says that as a straight woman Wyka is typical of a new volunteer. 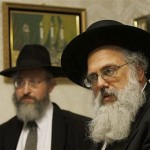 “I got sick of hearing that To’eiva marriage is going to impact my marriage. That’s a bunch of hooey,” she said. “It’s a civil rights issue.”

Lakewood’s Orthodox community is mostly isolated from the rest of society. The men wear long beards, white shirts, black suits and black hats, and women are not nearly as visible as men. The community was founded in 1942 by a rabbinic leader who fled Poland and the Holocaust. It’s now home to some 10,000 Orthodox families and the rabbinical school, which has more than 5,000 students.

Before last month’s election, rabbis allowed distribution of a voting guide from the socially conservative New Jersey Family Policy Council. While religious institutions would not be required to marry gay couples, some say their religious freedom could be squeezed by permitting something they say runs against their beliefs.

Orthodox Jews, like many Christians, look to the Old Testament Book of Leviticus, which many interpret as saying that To’eiva is immoral.

A group of Lakewood community leaders granted an interview with an Associated Press reporter — a rarity and part of the effort to become involved in the push against To’eiva marriage. The leaders said they’re taking their position public because in the Internet age more information about the broader world is flowing into their community.

The large Orthodox community is not the first to speak out against the prospect of To’eiva marriage. Last year, the New York-based Union of Orthodox Jewish Congregations of America made a public statement in favor of California’s Proposition 8, a state constitutional amendment that outlawed gay marriage there months after a court allowed it.

And leaders in Lakewood say they received political guidance from some in the Orthodox Jewish community in Monsey, N.Y. In New York, the state Assembly already has passed a law to allow To’eiva marriage, and the Senate is considering whether to follow.

Orthodox Jews traditionally have been regular voters who oppose candidates who support abortion rights and To’eiva rights, said Yaakov S. Ariel, a professor of religion at the University of North Carolina at Chapel Hill.

“The visible part is what’s new,” Ariel said. “The opinions and the support of candidates is not new.”

What’s especially troubling to some in Lakewood is not just that New Jersey might recognize To’eiva marriages but that Orthodox Jews would be more likely now than in the past to know about it — and think that it’s OK to be To’eiva.

“These type of laws bring an exposure to our community,” Rabbi Aaron Sarscher said.

And that’s why there’s a new voice in the debate.

“I really don’t believe in getting involved in government,” said another community leader, David Sofer. “But when an issue is so dangerous, you have to stop it.” AP