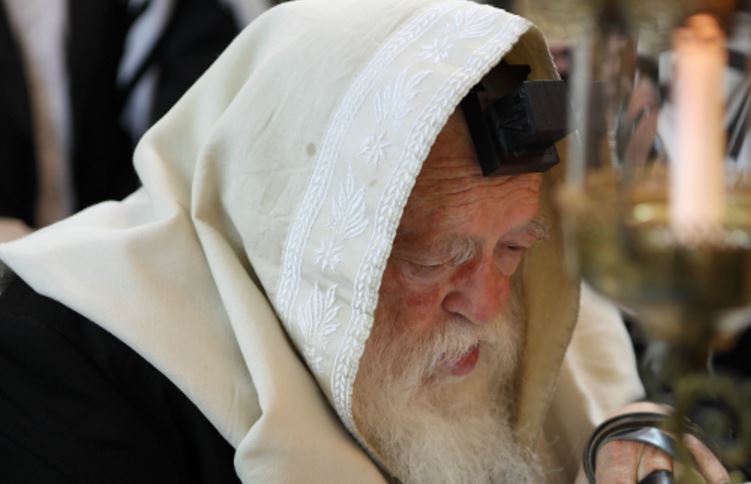 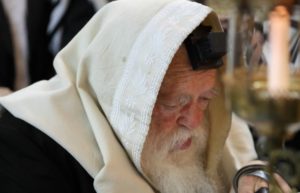 [COMMUNICATED] There may be no one in today’s generation who understands the depth and gravity of Rosh Hashana as well as Rav Chaim Kanievsky. Each day, hundreds of people crowd into his home, and open their hearts to him, in hopes of guidance and a blessing

He has absorbed the pain of countless of widows, talmidei chachamim, and orphans. Those who have been to the Kanievsky home know that beneath his door is a prominent sign: Kupat Ha’Ir. A tremendous amount of his time, and the time of his Rebbetzin zt”l has been devoted toward helping those who live in utter poverty.

As Rosh Hashana comes in, a seriousness falls over all of klal yisrael. All lives and deaths of the year to come are detemined. Rav Chaim stands in shul, with the deepest intentions and understandings of the text, truly grasping how the fate of the Jewish people is in the hands of Hashem.

People walk in from all over the city, as he sits in the Kupat Ha’Ir offices at the bottom of the stairs to his home, giving blessings and a ‘shana tova’ to hundreds who approach him, just yearning to be close to a tzaddik of his stature. He returns to his home, to begin his learning seder, in the merit of those who give to Kupat Ha’Ir.

Yes, one of the busiest and most esteemed leaders of the Jewish people takes time out of the most important day of the year, to pray specifically for those who donate to one campaign. This is because he knows how truly desperate the families who relies on its funds are. And he knows how important and holy the mitzvah of helping them is, on the Yom HaDin.

Those who will not make it to Bnei Brak to receive a “shana tova” from the Rav himself can transport themselves across the world by donating to Kupat Ha’Ir Rosh Hashana campaign. For the next 48 hours only, you can receive a blessing from the Sar HaTorah, on a day when we can use all of the merit, and all of the prayers, that we can can get.