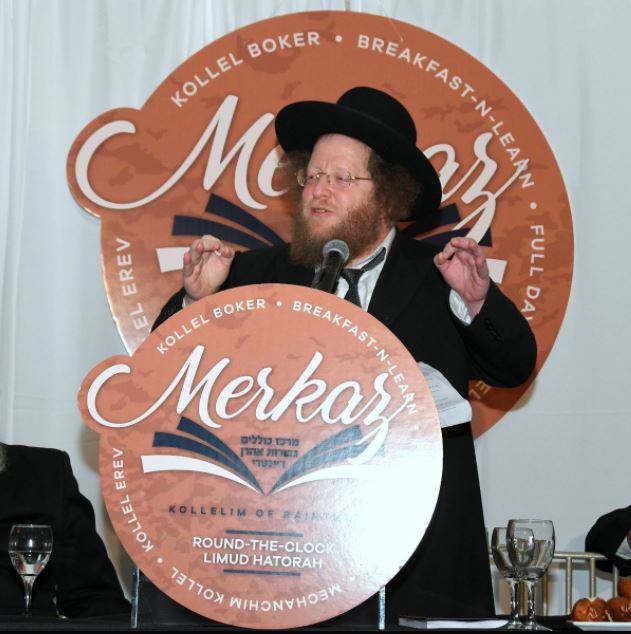 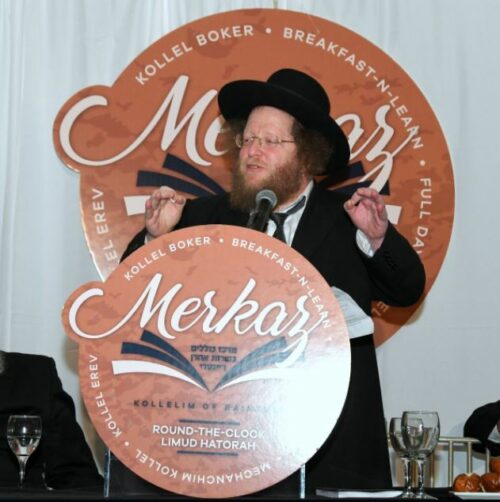 [COMMUNICATED]  They really had no idea how this would turn out.

It was a Foundation Dinner, the inaugural event of Merkaz Kollelim Gevuros Aharon. There’s no way to predict how a first event will go. It can be anything from a total flop to a smashing success.

But this Dinner seemed to be going quite well.

Speeches were short, insightful and to the point. The video was a winner.

And then, the Rosh Yeshiva of Ateres Shlomo rose to the podium,

Thoughtfully, he surveyed the crowd. With his trademark smile, he began to speak.

Much like any speaker he began with a joke to put his crowd at ease.

Then, with deep emotion, he articulated the name of the Kollel “Gevuros Aharon”

You saw his approach begin to change.

He wasn’t going to just deliver a speech. His goal was to impart the essence of his Rebbe, the Rosh Yeshiva, the Godol HaDor, Maran HaRav Aaron Leib Shteinman zt”l.

With passion, he began to describe the essence of HaRav Aaron Leib. What drove him to become what Rav Sorotzkin asserted was not just a Meikim Torah, but the greatest supporter of Torah, the greatest builder of Torah in the generation.

And it was not something he just encouraged others to do.

He did it himself.

Dramatically, he described a scene 10 years before the actual petirah of the Godol Hador, when it seemed as if chas vesholom we were about to lose him. With emotion, he described the awesome Yiras Cheit that the Rosh Yeshiva had.

He electrified the crowd as he outlined the Rosh yeshiva’s outlook on Torah and the importance of spreading Torah and building new Yeshivos and Kollelim.

He entertained the audience as he described the relationship between Maran Sar HaTorah Reb Chaim Kanievsky shlit”a and the Maran HaRav Ahron Leib Zt”l. He humorously related an argument between them and the reaction of HaRav Aaron Leib Shteinman zt”l.

For over half an hour, as he weaved together stories and Divrei Torah, Hashkofa and memories, the crown was mesmerized. Afterwards, one attendee remarked he had not heard a speech like that in Lakewood for years.

The tremendous impact on the packed hall was palpable.

It had started out as a dinner. It turned into a historic event that will live on in the hearts and minds of all those who attended for years.

Due to the overwhelming amount of requests received both full speech as well clips with excerpt of highlights from the speech are available on https://merkazkga.com/media/