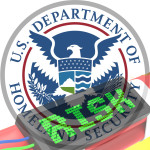 Assembly Homeland Security Committee Chair Annette Quijano (D-Union) on Wednesday called on elected leaders in Washington to put politics aside and forge a budget compromise to avoid a shutdown of the Department of Homeland Security.

“In the face of mounting threats around the world, we cannot let politics get in the way of protecting our country to the fullest. The fact that anyone in Washington would even entertain the thought of using Homeland Security funding as a political football is dumbfounding.

“In addition to the many livelihoods that would be affected, also at stake is the administration of crucial grants that help state and local law enforcement do their jobs.

“Our region, in particular, relies heavily on resources from the Department of Homeland Security, given our proximity to New York and assets such as our bridges, tunnels and ports, which demand round-the-clock vigilance.

“I urge everyone on both sides of the aisle to work together before Friday’s deadline, to put aside differences on matters outside the purview of Homeland Security, so that a compromise can be forged that does not compromise the security of our nation,” said Quijano.